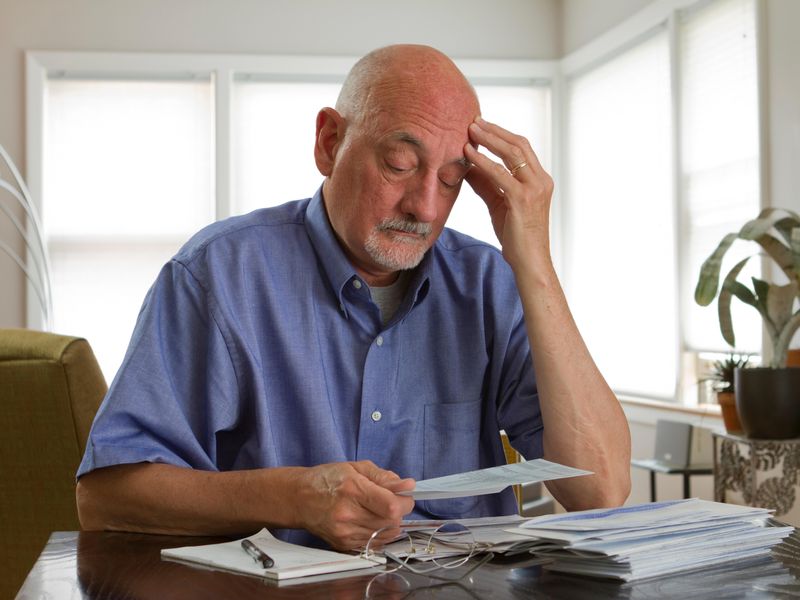 As Americans age, millions end up struggling with dementia or some level of memory impairment and diminished capacity to think clearly and make decisions.

Yet a new study says that despite such serious challenges, many seniors continue to manage their own finances, often alone, and despite acknowledging difficulties in doing so.

“There has long been attention to the difficulty in making financial decisions faced by older adults with cognitive impairment,” noted study lead author Jing Li, an assistant professor in health economics at the University of Washington in Seattle. But her team was surprised by the high percentage — 75% or more — who appear to be managing their own finances nonetheless.

“Many of them report difficulty managing finances and live alone, yet own large amount of risky assets,” Li said.

To explore the issue, her group looked at data from a representative survey of U.S. adults conducted in 2018. They zeroed in on nearly 8,800 men and women aged 65 and older whose cognitive health (memory and thinking) status could be established. Statistically, that group was representative of nearly 51 million American seniors.

In all, about eight in 10 individuals had not yet experienced any cognitive impairment.

But almost 6% had dementia, and about 14% had experienced some level of reduced thinking capacity — otherwise known as “cognitively impaired nondementia” (CIND). Taken together, this group of one in five participants represented roughly 7.4 million Americans, the team said, and was more likely to include relatively older seniors, Black or Hispanic men and women, and individuals who were less well educated.

Still, most participants overall said they continued to manage their own household finances. And among those who did, nearly 57% of those with dementia and 15% of those with CIND called the process difficult, the study authors noted.

Compounding the issue: More than 40% of seniors who said they managed their own finances also lived alone.

And, researchers said, a lot is at stake.

Roughly one-third of those with dementia or CIND said they had a substantial amount of “risky assets,” such as stocks and loans.

That means proactive planning is a must, Li said.

“This includes both early screening for cognitive impairment and early financial planning — designating a financial representative or surrogate decision-maker — to prepare for the event when one may lose cognitive capacity,” she said.

The situation may be particularly tricky for those who experience some thinking impairment but not yet dementia, Li said, because they may be unaware of their challenges in managing finances.

As for those who do have dementia, Li said more research is needed to find the best interventions to address money management. Possible interventions might include involving extended families, seeking financial counseling and switching to simpler financial products, she said.

Dr. Jason Karlawish wrote an editorial that accompanied the new study, which was published online Sept. 13 in JAMA Network Open.

“America needs to listen to this call for help,” said Karlawish, a professor of medicine at the University of Pennsylvania Health System's Penn Memory Center, in Philadelphia. “The large proportions of persons who have cognitive impairment, who are managing their finances and reporting difficulty doing so is a frustrating, even frightening, finding.”

In his editorial, he said it's important for those who work with seniors to ask them a simple question: "Are you having any difficulty managing your finances?"

Often, he wrote, the question goes instead to someone else — such as a spouse or child — who is expected to report on the patient's performance.

A person who is having trouble managing his or her finances may need an assessment for mental impairment, Karlawish noted.

And, his editorial suggested, bankers and lenders should be asking customers if they need assistance and should offer services to help them.

“America needs to set up a trusted system of ‘whealthcare,' a system that integrates monitoring and maintaining health and wealth, and so fosters an older adult's financial security and well-being,” Karlawish said.

Financial security is especially important to older Americans living with cognitive impairment, the editorial pointed out, because they may require years of costly long-term care and support.

The University of Alabama at Birmingham has more about seniors, mental health and finances.