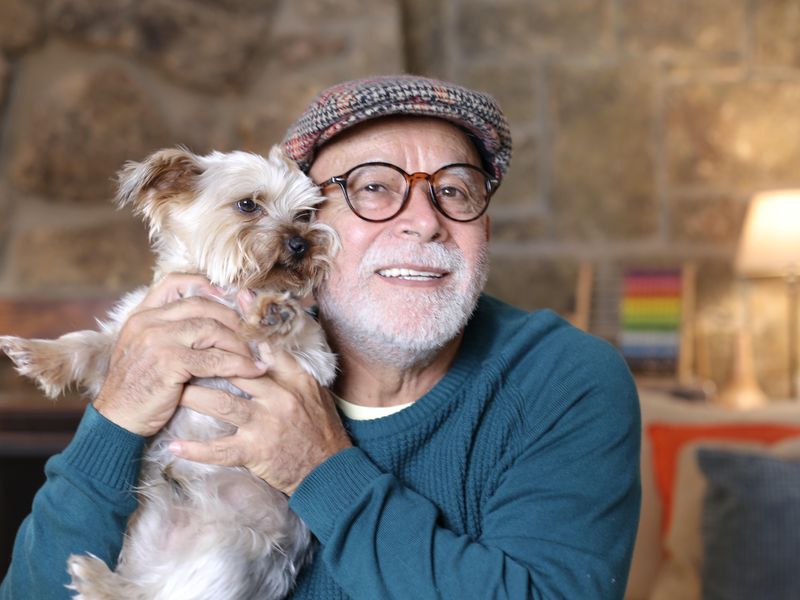 Dogs Do Cry When Reunited With Owners

Humans and dogs undoubtedly share a powerful bond, but can dogs cry when overcome with emotion?

According to a recent study, possibly the first to try to answer that question, canine's eyes do indeed well up with tears, most often when they are reunited with their beloved owner.

“We found that dogs shed tears associated with positive emotions,” said Takefumi Kikusui, of Azabu University in Japan. “We also made the discovery of oxytocin as a possible mechanism underlying it.”

Following the birth of one of his two standard poodles six years ago, Kikusui and associates made a discovery. He observed that something in his dog's face had changed while the dog was feeding the puppies; there were tears. Although tears don't fall as frequently in dogs as they do in humans, dogs can still have teary eyes.

“That gave me the idea that oxytocin might increase tears,” Kikusui added.

Kikusui explained that oxytocin is known as the maternal or "love hormone." Additionally, the researchers were aware that during interactions, oxytocin is released in both dogs and their owners. They, therefore, made the decision to test whether reunification could cause dogs to cry.

Before reuniting with their owners, the dogs underwent a standard test to measure how much they cried. When the dogs reconnected with a familiar human and not with a stranger, the volume of their tears did, in fact, increase.

The amount of tears the dogs produced also increased when oxytocin was administered to their eyes. That lends credence to the hypothesis that oxytocin release contributes to the production of tears when people and their dogs reunite, the study authors noted.

Additionally, the researchers asked participants to rate images of dogs' faces with and without added tears, and it turned out that participants responded more favorably to images of dogs with teary eyes. These results imply that dogs' tears contribute to the development of deeper bonds between owners and their canine companions.

Kikusui said that the findings, published Aug. 22 in the journal Current Biology, came as a surprise.

“We had never heard of the discovery that animals shed tears in joyful situations, such as reuniting with their owners, and we were all excited that this would be a world first,” he said in a journal news release.

In this instance, it appears that dogs cry in circumstances that people would deem "happy." It has not yet been investigated whether dogs also cry when they experience negative emotions. Scientists also don't yet know whether dogs cry when they return home to other dogs.

“Dogs have become a partner of humans, and we can form bonds,” Kikusui said. “In this process, it is possible that the dogs that show teary eyes during interaction with the owner would be cared for by the owner more.”