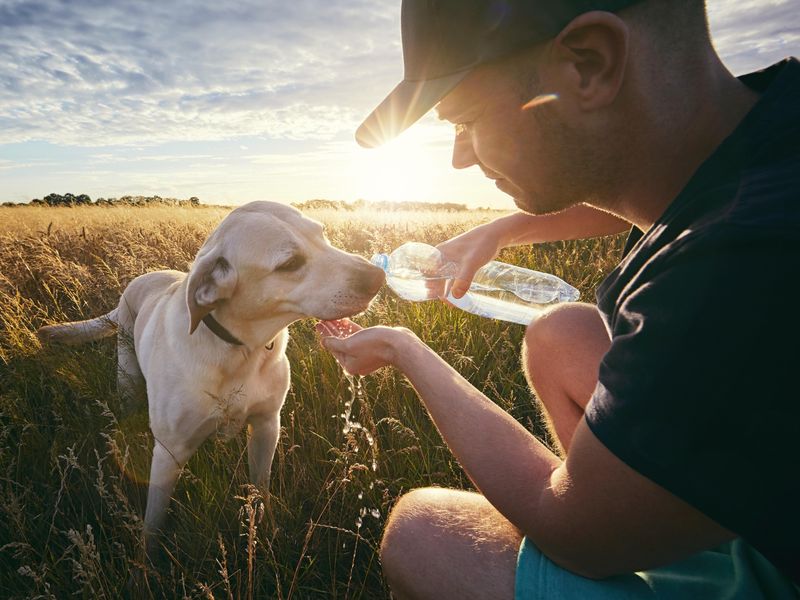 A service dog can lower the severity of a U.S. military veteran's post-traumatic stress disorder, according to past research.

Hoping to learn more about this therapeutic bond, researchers worked with 82 vets and their trained service dogs. Their study was published July 27 in the journal PLOS One.

"This study provides new information about how and why service dogs may improve mental health for some veterans with PTSD," study author Clare Jensen said in a journal news release. She is a graduate researcher at Purdue University College of Veterinary Medicine in West Lafayette, Ind.

Investigators observed and analyzed the relationships between the dogs and the veterans and also assessed the veterans' mental health symptoms.

The veterans completed numerous surveys before they were paired with their dogs and again after three months together.

Analyzing the survey results and records related to personal characteristics of the dogs and veterans, the researchers found that lower dog excitability was linked to lower severity of PTSD symptoms and to a closer human-dog relationship.

In addition, better mental health was associated with a number of factors, including perception of the dog's care as being easy and a closer veteran-dog relationship, according to the team.

The researchers also found a link between worse depression and more frequently asking service dogs to initiate the social greeting. The study found that veterans who more frequently asked their dogs to alert them to a human approaching from behind were more likely to have greater anxiety but less severity of PTSD symptoms.

The team called for further research to expand on these findings. They hope to better understand how to identify veterans who could benefit from service dogs and how to best select and train their dogs.

The U.S. Department of Veterans Affairs has more on post-traumatic stress disorder.