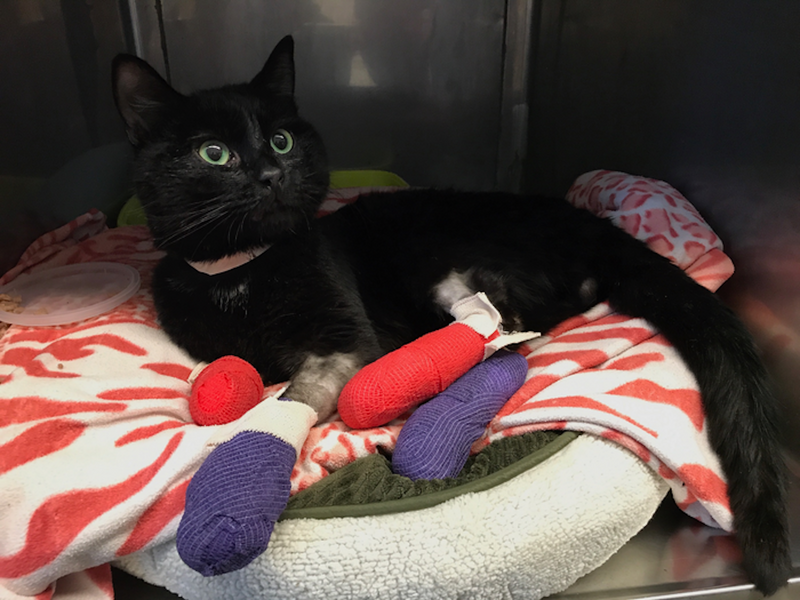 Cats Injured in Wildfires at High Risk for Blood Clots

While California works to restore its landscape after years of historic wildfires, new research could transform the way in which veterinarians treat animals recovered from damaged forests.

The study found that cats who inhaled smoke or suffered burns are at risk for forming deadly clots. Not only that, the scientists were able to pinpoint microscopic issues in the cats' blood that could lead to new treatments down the line.

"Prior to these two papers, we didn't realize that cats impacted by urban wildfires were prone to forming clots, which can lead to sudden death," said lead study co-author Ronald Li, an associate professor of small animal emergency and critical care at University of California, Davis. "This study will change the standard of care for rescued cats from these wildfires and hopefully save more lives."

For the study, the researchers looked at the platelets, blood cells that trigger clotting, of a group of cats who were treated for their injuries after the 2018 Camp Fire in Paradise, Calif. They discovered the injured cats had increased, overactive platelets when compared to healthy cats or cats with a common heart disease known as HCM, which causes a thickening of the heart muscle.

"Cats with HCM are hypercoagulable, meaning they are more likely to form clots," explained lead co-author Ava Tan, a veterinary research fellow working in Li's laboratory. "That's why we used them as a control group to compare with cats in the wildfire group."

The overactive platelets of the injured cats released large amounts of microvesicles, which are microscopic, bubble-like structures filled with proteins. High quantities of these microvesicles could be an indicator of heart disease, as their presence threatens an increased risk of blood clotting.

"We found cats exposed to wildfire smoke and injuries are even more prone to throwing clots, showing a direct association between wildfire injuries, platelet response and clot formation," Tan said in a university news release.

The findings were published July 14 in the journal Frontiers in Veterinary Science. Another study is now underway to determine why feline platelets are so prone to clotting.

But can smoke and burns impact humans in the same way? Although the underlying mechanism hasn't yet been identified in humans, this study in cats could lead to future developments on platelet activation in humans.

"This study opens a new door to looking at how wildfires impact cardiovascular health in humans," Li said.

Visit the U.S. Forest Service to stay updated on wildfires in your area.