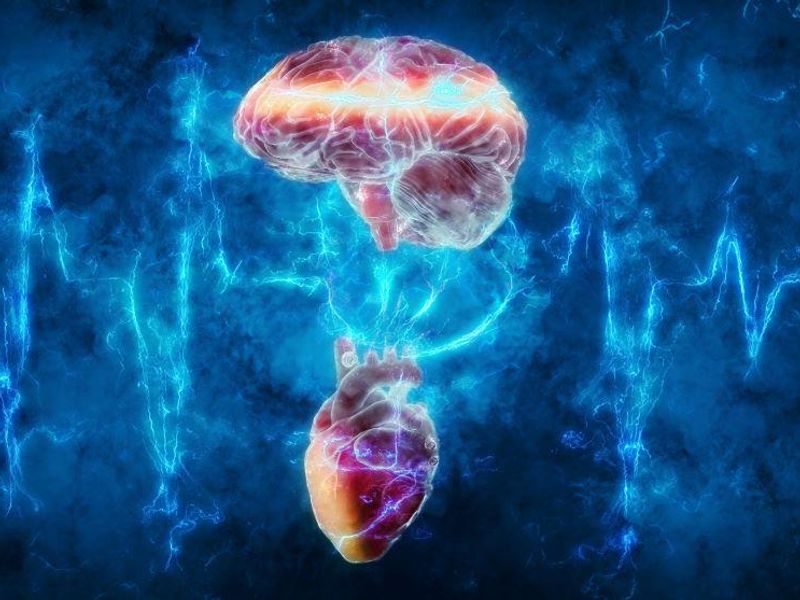 Women are more likely to develop Alzheimer's disease than men, and a new study shows that certain brain changes known to increase this risk may accrue during menopause.

Women who have gone through menopause have more white matter hyperintensities in their brains than premenopausal women or men of the same age, researchers found. These are tiny lesions seen on brain scans that are linked to an increased risk of cerebral small vessel diseases, including stroke, Alzheimer's disease and problems with thinking and memory.

"At a younger age, on average, there are no discernible differences between men and women, [but] older women have more of these abnormalities than men of similar age, and this gap occurs around menopause and widens thereafter," said study author Dr. Monique Breteler. She is the director of population health sciences at the German Center of Neurodegenerative Diseases in Bonn, Germany.

The new findings point to menopause as an important turning point, she said.

"Whether it is the occurrence of menopause itself [and the related change in hormone levels], or rather, that menopause occurs as a result of and marks [other] underlying mechanisms, remain to be investigated," Breteler said.

The study included 3,410 people who were aged 54, on average. Of these, 58% were women, and 59% of these women were postmenopausal. Fully 35% of all participants had high blood pressure, and for half of them, their high blood pressure was not under control. Folks underwent MRI brain scans, and researchers calculated the amount of white matter hyperintensities in their brains based on these images.

There were no differences in the average amount of white matter hyperintensities seen among premenopausal women and men of a similar age.

Women with uncontrolled high blood pressure also had higher amounts of this brain biomarker compared to men, and this was unrelated to menopausal status, the study found.

There were no differences in white matter hyperintensities among postmenopausal and premenopausal women using hormone therapy, suggesting that hormone replacement therapy to treat the symptoms of menopause may not have a protective effect on the aging brain, Breteler noted.

The study appears online June 29 in the journal Neurology.

Outside experts point out that there are things women can do to protect their brain as they age.

"There has been a lot of research done on women and brain aging and the role that menopause may play, and the new study suggests that menopause may be a high-risk time for vascular brain aging," said Rebecca Thurston. She is the Pittsburgh Foundation Chair in women's health and dementia at the University of Pittsburgh and a past president of the North American Menopause Society.

It may not be the drop in estrogen during menopause that causes these brain changes, Thurston said. Instead, they could be related to hot flashes and/or sleep problems.

There are things women can do today to protect their brains as researchers search for answers. This starts by treating high blood pressure, not smoking, engaging in regular physical activity, eating a healthy diet, getting good-quality sleep, and not consuming excessive amounts of alcohol. "All of these things are important for brain health," Thurston said.

Dr. Howard Fillit said there may be a role for hormone replacement therapy for some women during menopause. He is the founding executive director and chief science officer of the Alzheimer's Drug Discovery Foundation in New York City.

"Estrogen declines dramatically with ovarian failure at menopause and has pervasive effects on the brain, bones and other organs," Fillit said. Women should have a conversation with their doctor about the benefits and risks of replacement hormones.

The Alzheimer's Drug Discovery Foundation provides tips on how to boost brain health.