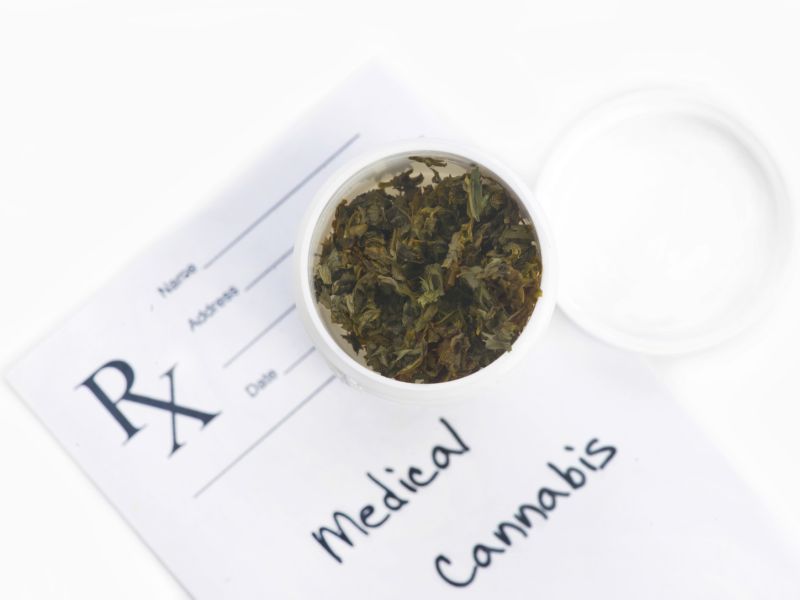 Use of medical marijuana has surged across the United States, but a new analysis finds that evidence supporting its use in treating chronic pain remains surprisingly thin.

There have been few well-performed clinical trials focused on pain relief from the sort of products you'd buy at a marijuana dispensary, including smoked cannabis, edibles, extracts and cannabidiol (CBD), researchers report.

The two drugs, dronabinol and nabilone, have a short-term benefit in treating neuropathic pain caused by damage to the peripheral nerves, researchers said.

Another drug available in Canada but not in the United States -- a THC/CBD extract sprayed under the tongue -- also showed some evidence of clinical benefit for neuropathic pain.

That leaves unexplored many other potential uses for medical pot, including for muscle pain, pinched nerves and other forms of chronic pain, said lead researcher Marian McDonagh, a professor of medical informatics and clinical epidemiology with the Oregon Health & Science University School of Medicine.

"The narrowness of the research was a bit surprising," McDonagh said. "While there are a lot of people with neuropathic pain, this would not include people with, say, low back pain. There's a lot less evidence for those kinds of conditions."

The FDA-approved drugs also came with significant side effects, including dizziness and sedation, McDonagh said.

"The products that we have better evidence on are just not the products we're talking about in a typical dispensary in one of the U.S. states that allows medical marijuana," McDonagh said.

Medical cannabis is now legal in 38 states, according to World Population Review. Of those, 19 states have outright legalized the recreational use of pot, along with the District of Columbia.

As medical pot has become more widely accepted, so has the notion that THC or CBD products can help treat chronic pain. This new analysis, sponsored by the U.S. Agency for Healthcare Research and Quality, was intended to shed light on the subject.

McDonagh and her colleagues searched through more than 3,000 studies, and they came up with 25 that had scientifically valid evidence regarding the use of pot products to treat chronic pain. These included 18 clinical trials involving 1,740 people and seven observational studies that included more than 13,000 participants.

The researchers then sorted the studies by the type of product being tested -- containing high, low or comparable ratios of THC to CBD.

But the evidence for pot, CBD and other chemicals derived from marijuana were limited by flaws in the studies they reviewed.

McDonagh suggested that people interested in trying medical marijuana talk to their doctor, although there's not a lot for a physician to go on.

"What we found that has evidence is a prescription product," McDonagh said of the two drugs. "So really, you'd have to go to your doctor anyway. But there isn't enough evidence in there to guide a physician on how to advise a patient about what to buy at a dispensary or how to use it."

Her team's findings were published June 7 in the Annals of Internal Medicine.

People interested in medical pot should start with pure CBD products, since they don't contain anything that would intoxicate and have a remarkable safety profile, said Dr. Daniel Clauw, a professor of anesthesiology with the University of Michigan Medical School in Ann Arbor. Clauw is co-author of an editorial accompanying the analysis.

"It's totally fine for most people that have chronic pain to try some CBD because it seems to be quite safe," Clauw said. "On the other hand, when you do add THC, you have to be a lot more careful.

"It does appear as though a low amount of THC might be a lot more effective to treat pain, but if people take recreational, really high THC products in the hope of getting good pain relief, it's probably more likely they'll get harmed by the product than helped because they'll be using too much THC," Clauw continued.

Some studies have suggested that CBD has anti-inflammatory properties that could help treat arthritis pain, Clauw noted.

"Given the slow pace of clinical trials, we believe it likely that McDonagh and colleagues' findings will be the best available evidence for some time," Clauw's editorial concluded.

"While we await better evidence, we believe that clinicians should meet patients with chronic pain 'where they are,'" the editorial said. "Conventional analgesic medications are effective only in a subset of persons, so it is no wonder that many patients are drawn to widely available cannabis products. Clinicians can compassionately witness, record and offer guidance to help patients with chronic pain use cannabis wisely."