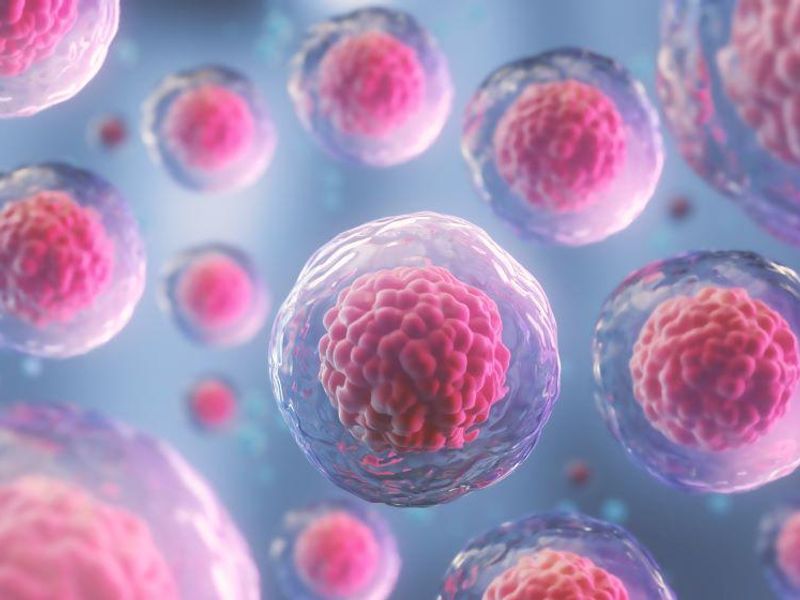 An international research effort has unveiled the most extensive reference map yet of individual cells within the human body, knowledge that could revolutionize the study of health and disease.

The massive Human Cell Atlas contains detailed maps of more than one million individual cells across 33 organs and systems, researchers announced this week.

"You can think of it as a Google Maps of the human body," said Sarah Teichmann, head of cellular genetics at the Wellcome Sanger Institute in the United Kingdom and co-chair of the Human Cell Atlas Organizing Committee. "It's really that street maps' view of individual cells and where they sit in tissues that we are aiming towards."

The most recent addition to the Atlas includes the mapping of nearly 500,000 cells from 24 human tissues and organs, including the lungs, skin, heart and blood, according to a set of papers published May 13 in the journal Science.

"These four papers are a milestone point towards creating a full-draft Human Cell Atlas," said Meagan Phelan, spokeswoman for the American Association for the Advancement of Science.

The Human Cell Atlas project is an open, scientist-led consortium with more than 2,300 members from 83 countries across the globe.

The effort stands alongside the Human Genome Project, which has been working to map the entire human genetic structure, said Stephen Quake, president of the Chan Zuckerberg Biohub Network and a professor of bioengineering and applied physics at Stanford University.

"People often think about the genome as the blueprint of the organism, but that's not really correct," Quake said. "The genome is more of a parts list. Every cell type uses a different set of parts. And what we've been able to do collectively here is help understand and interpret how different parts of the genome are used to define different cell types."

The Atlas is intended to aid future medical research by helping scientists understand the precise cells that are being affected by diseases, as well as the medications used to treat them, the researchers said.

For example, investigators have learned that different cell types - such as immune cells or epithelial cells - serve distinct roles in diverse parts of the body, with subtle organ-specific differences across cell types.

In one surprise, researchers found that "housekeeping genes" previously thought to handle basic functions in much the same way in every cell likely have many more roles across the body than previously thought.

Additionally, an immune protein called CD47 appears to differ widely in form from cell to cell, the researchers said. Since CD47 has been implicated both in cancer and in the buildup of dangerous plaques on artery walls, this finding could guide the development of drugs that are more effective and with fewer side effects.

"We hope by using maps like these, we would be better able to understand how disease arises in the body and identify the precise place where disease arises," said Aviv Regev, co-chair of the Human Cell Atlas Organizing Committee and head of research and early development at Genentech. "That would allow us to develop more precise diagnostics for patients and new treatments."

Two of the new papers also provide a new understanding of the human immune system.

Until now, the immune system has largely been observed through the role of immune cells circulating in blood. But immune cells within tissues and organs also are critical to maintaining health, researchers found.

The researchers analyzed immune cells across 16 tissues from 12 individual adult organ donors, creating a cross-tissue immune cell atlas that revealed the relationships between immune cells in one tissue and their counterparts in others.

"We found that some families of immune cells, such as macrophages, have common signatures across tissues, whereas others, such as memory T-cells, have different flavors depending on which tissue they reside in," Teichmann said. "Knowing the code of which molecules direct and maintain T-cells in specific tissues is important for targeting cells - for instance, for cancer therapies. So overall, the insights have implications for therapies that enhance or suppress immune response to fight disease and for designing vaccines."

The effort found non-muscle cell types that have been implicated in muscular dystrophy, Regev said, as well as atrial fibrillation genes that are also used by cells in skeletal muscle, the esophagus and the prostate.

"Now we can try and devise ways to target more specifically the cells where we want to have an impact, but not other cells that are also using these genes in the body," Regev said.

The Human Cell Atlas project has been made possible by improvements in genetic analysis that have made it easier and more affordable to tackle such large-scale efforts, the researchers said.

"If you go back about 10 years, there's been really a revolution in the ability to measure individual cells," Regev said.

Quake said, "I'm reminded of the old vaudeville joke that it takes 20 years to become an overnight success. That's sort of where we are with this. People have had this vision of looking at gene expression in single cells for upwards of three decades, and the technology has been maturing gradually. It got to the point where we could apply it to a project of this scale."

The Human Cell Atlas has more about its work and discoveries.