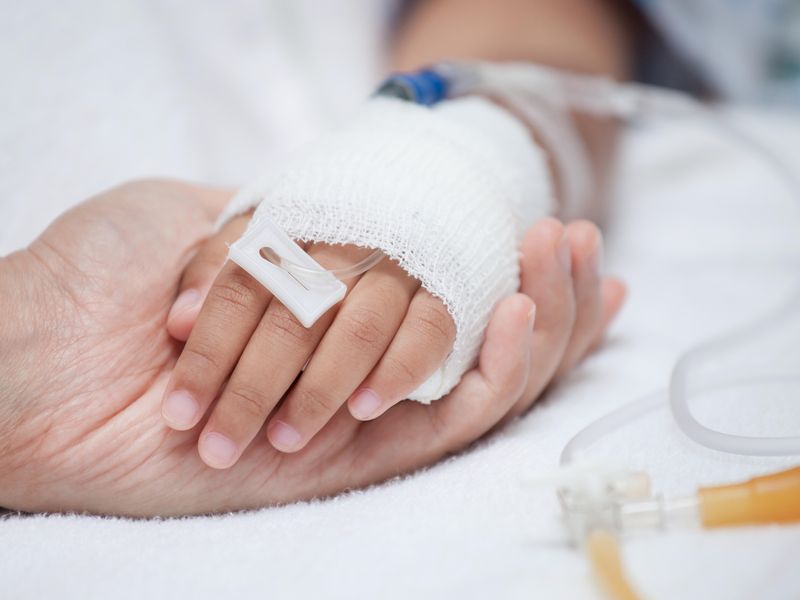 U.S. Doctors on the Frontlines of Hepatitis Outbreak Striking Kids

As health experts around the world try to understand why nearly 200 children in 12 countries have fallen seriously ill with severe hepatitis, doctors in Alabama are investigating nine such cases in that state.

In each case, seemingly healthy kids ended up in hospital with acute liver inflammation.

What's going on is "definitely not the norm," said Dr. Helena Gutierrez, medical director of the Pediatric Liver Transplant Program at Children's of Alabama, a hospital in Birmingham, which has been treating all nine patients, who range in age from 1 to 6 years.

"It's quite rare to see severe hepatitis to the point of needing hospitalization in kids this age," Gutierrez noted. "On average, we see maybe four to five cases a year at most. So, to see this number having such a spike is incredibly rare."

The first Alabama case was diagnosed last October, while the most recent case surfaced in February.

All of the patients were admitted with some of the telltale signs of severe liver damage: yellowing skin (jaundice); yellowing eyes; and the sort of fluid accumulation and bleeding tendencies that often accompany acute liver failure.

At Children's of Alabama, treatment has centered on close monitoring accompanied by hydration and nutritional support, Gutierrez said; there is no silver bullet medication for such cases.

So far, none of these children have succumbed to their illness. But two of the nine experienced such serious liver failure that they had to undergo liver transplants.

What makes that so unusual, said Gutierrez, is that while mild inflammation of the liver is pretty common, severe inflammation requiring hospitalization is not.

"Hepatitis is an umbrella medical term used to describe inflammation of the liver," she explained. "In adults, alcohol can cause it. In kids there are well-known viruses - such as hepatitis A, B or C - that can cause inflammation of the liver. And now with obesity so widespread we also have non-alcoholic fatty liver disease causing hepatitis. So, mild hepatitis is not unusual."

But as for why severe hepatitis is suddenly striking children, "we don't know," Gutierrez said.

For one thing, "all these patients are otherwise healthy," she noted. "They don't have any significant medical histories. At most, a few had some environmental allergies."

Still, Gutierrez and her colleagues, Dr. Henry Shiau and Dr. Markus Buchfellner, have discovered one common thread that links all nine patients: In addition to hepatitis, all were also infected with a common cold virus known as an adenovirus.

"Adenovirus comes in waves and has been around for ages," Gutierrez said. "It's very common. Usually, it causes a runny nose, coughing, sneezing and gastrointestinal symptoms like diarrhea and vomiting. It typically does not cause any type of liver inflammation or disease, unless the patient is immunocompromised," meaning he or she is battling cancer or has had undergone an organ transplant.

"But these kids are all healthy," Gutierrez stressed. "That's what's new here."

Gutierrez acknowledged that while testing is still underway worldwide, not all of the 116 British acute hepatitis patients have tested positive for the adenovirus. And she cautioned that whether or not this particular virus - or a dangerous mutation of it - is directly responsible for the outbreak remains unclear.

"Of course we wonder, but it's too early to draw conclusions," she said. "We definitely need to get more data, to get more patients to be tested, and to have viral samples genetically sequenced."

Meanwhile, Gutierrez has some advice for parents: "Don't be alarmed. Be aware."

"I'm a mother myself," she said. "And what I want parents to know is that it's very common for kids to develop symptoms like vomiting or a fever, and they mostly do OK. They don't develop serious problems."

But, Gutierrez said, "if at some point one of your kids develops other symptoms - such as jaundice or urine that's very dark in color or yellow eyes - those symptoms should be brought up to the pediatrician. Make them aware this is happening. But common things are common. So don't be alarmed."

There's more on the hepatitis outbreak at the World Health Organization.