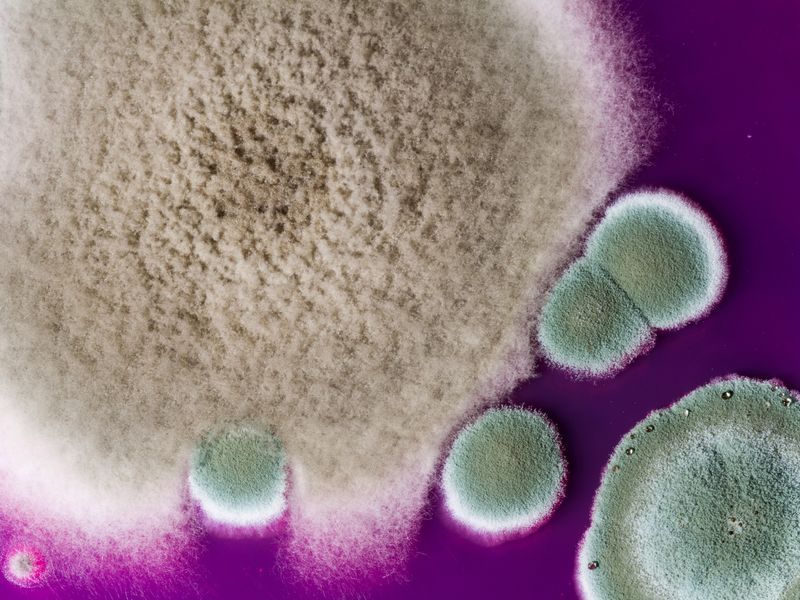 British researchers are warning of one more rising health danger: a drug-resistant mold found in the environment that infects certain people's lungs.

Aspergillus fumigatus can cause a fungal lung infection called aspergillosis in people with lung conditions or weakened immune systems. Aspergillosis, which affects 10 to 20 million people worldwide, is usually treated with antifungal drugs, but there's evidence of emerging resistance to these drugs.

This resistance is due to the widespread agricultural use of azole fungicides, which are similar to azole drugs used to treat aspergillosis, according to the study authors.

"Understanding the environmental hotspots and genetic basis of evolving fungal drug resistance needs urgent attention, because resistance is compromising our ability to prevent and treat this disease," said study co-author Matthew Fisher, a professor in the School of Public Health at Imperial College London.

The researchers analyzed the DNA of 218 samples of A. fumigatus from England, Wales, Scotland and Ireland between 2005 and 2017. Around seven in 10 samples were from infected people, and the other samples were from the environment, including from soil, compost, plant bulbs, the air and other sources.

The researchers found six strains of A. fumigatus that spread from the environment and infected six patients, according to the study. The results were published April 25 in the journal Nature Microbiology.

More than 10% of samples (including 23 environmental samples and three from patients) were resistant to two or more azole drugs.

"The prevalence of drug-resistant aspergillosis has grown from negligible levels before 1999 to up to 3%-40% of cases now across Europe," Fisher explained in a college news release.

"At the same time, more and more people might be susceptible to Aspergillus fumigatus infection because of growing numbers of people receiving stem cell or solid organ transplants, being on immunosuppressive therapy, or having lung conditions or severe viral respiratory infections," he said.

The findings show the need for greater monitoring of A. fumigatus in the environment and patients to help understand the risk it poses, according to the researchers.

There's more on aspergillosis at the U.S. Centers for Disease Control and Prevention.