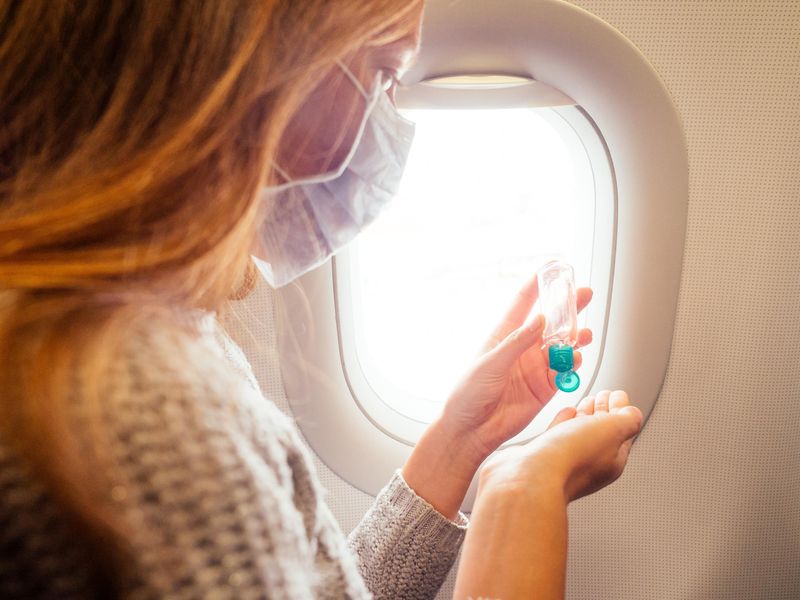 CDC Extends Mask Mandates on Planes, Trains to May 3

A federal mask mandate for planes, trains, airports and some bus services that was set to expire in five days will be extended until May 3, the U.S. Centers for Disease Control and Prevention announced Wednesday.

The spread of the Omicron subvariant BA.2 - which now accounts for more than 85% of new coronavirus cases in the United States - was cited by the CDC as the reason for the extension, The New York Times reported.

"In order to assess the potential impact the rise of cases has on severe disease, including hospitalizations and deaths, and health care system capacity, the CDC order will remain in place at this time," the agency said in a statement.

It explained that it would be monitoring the BA.2 subvariant while it weighed whether to extend the rule yet again, the Times reported.

Airline executives, the hospitality industry and others have been pushing for the CDC to scrap the mask mandate, as well as the requirement for people to test before returning to the United States from other countries.

But the CDC's extension of the mask mandate was welcomed by some passengers, who say it makes them feel safe in crowded planes and airports, according to the Times.

Before the extension was announced, White House COVID-19 response coordinator Dr. Ashish Jha told NBC's "Today" show that CDC Director Dr. Rochelle Walensky would use a "framework that the CDC scientists create" to determine whether the extension was necessary.

Visit the U.S. Centers for Disease Control and Prevention for more on use of masks.