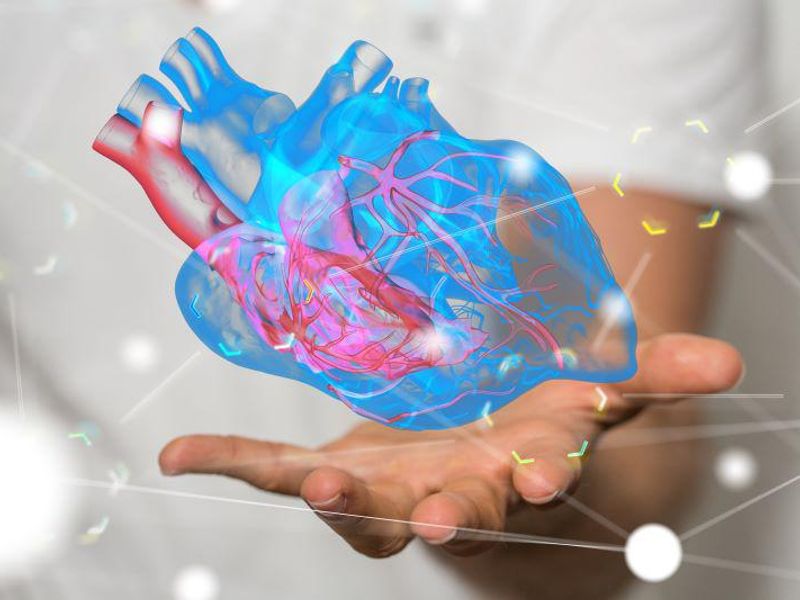 Health risks tied to obesity are often serious, with new research showing it boosts odds for heart failure among older women, especially those who go through menopause later than usual.

Women whose periods stopped at 55 or after were at greatest risk, according to the study, published April 13 in the Journal of the American Heart Association.

"We had expected that the effect of obesity on heart failure risk would be greatest among women who had experienced early menopause. This was not so," said lead author Dr. Imo Ebong, an associate professor of medicine at the University of California, Davis.

"The detrimental effects of obesity on heart failure risk was greatest among women who experienced late menopause," she said in a journal news release.

Heart failure means the heart can't pump sufficient blood and oxygen to allow the body organs to function well, according to the American Heart Association.

Menopause typically begins between ages 45 and 55, but some previous studies have shown the average age has climbed by 1.5 years over the past six decades.

The rate of late menopause is just over 14%, and the rate of early menopause (before age 45) is about 13%, according to U.S. government data.

Hormonal changes that occur when menstruation stops can affect the heart. Prior research has found that early menopause increases the risk for heart failure, but it was unclear how late menopause affected heart failure risk.

To find out, the researchers analyzed data from nearly 4,500 older U.S. women in a long-term study. The participants were assessed for heart disease after an average follow-up of 16.5 years, when they were nearly 64 on average. During the follow-up period, about 900 developed heart failure that resulted in either hospitalization or death.

The researchers found significant associations between heart failure risk and age at menopause, body mass index (an estimate of body fat based on weight and height known as BMI) and waist circumference.

For every 6-point increase in BMI, the risk of developing heart failure rose 39% for the women in the early menopause group, 33% for those who experienced menopause between 45 and 49, and doubled in the late menopause group.

Higher BMI was not associated with increased heart failure risk in women who reached menopause between 50 and 54.

Also, for every 6-inch increase in waist circumference, the risk of developing heart failure almost tripled among women in the late menopause group.

Waist circumference did not significantly raise the risk of heart failure for women in the other menopausal age groups, according to the study.

The findings may be helpful when screening postmenopausal women for heart failure and counseling them about prevention, according to Ebong.

"A woman's age when she enters menopause is an important factor, and women should share this information with their physicians to guide in estimating their risk of developing heart failure," Ebong said.

Harvard Medical School has more on women and heart failure.