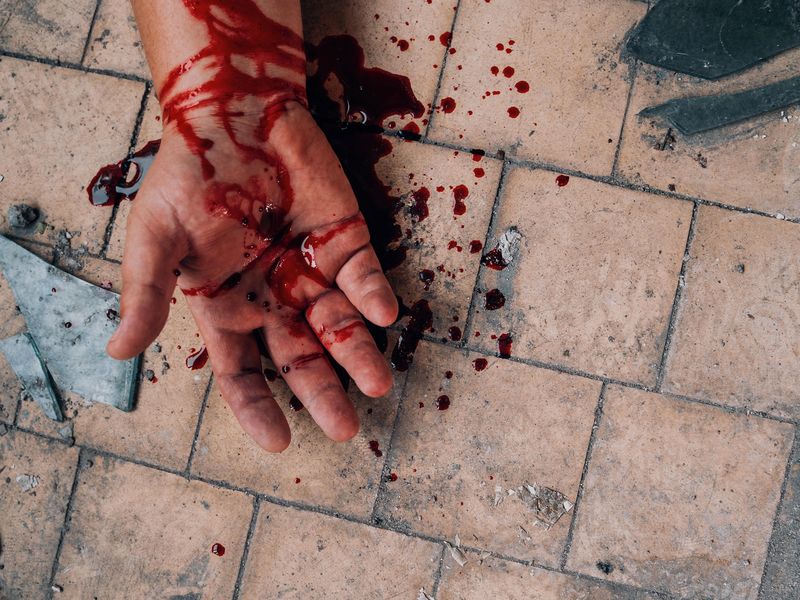 U.S. Surgeons' Group Is Working to Save Trauma Victims in Ukraine

Images of Ukrainians being carried on stretchers from bombed-out buildings, wounded and bleeding, are heartbreaking, but one American surgeons' group is doing its part to help teach the war-torn country's citizens how to halt life-threatening bleeds.

When serious injury strikes, time is of the essence, experts from the American College of Surgeons (ACS) warn. But many of those who care for the injured on the spot aren't health care professionals and lack adequate medical training.

However, the good news is that those skills "are easily learned and very doable" by pretty much anyone, said Dr. Roxi Horbowyj.

A Philadelphia-based critical care surgeon, Horbowyj is an educator and trainer with an ACS-sponsored campaign called STOP THE BLEED.

The campaign's aim, said Horbowyj, is straightforward: "To help the U.S. public, and really the global public, learn how they can be very successful when it comes to saving a life, by learning how to perform compression, pack a wound and put on a tourniquet."

The guiding principle, Horbowyj noted, is that when someone is injured, "it's the people right next to you that really have the best opportunity to step in and save your life."

The campaign sets up training programs -- in person and/or online -- offering "how-to" classes on the basics in how to recognize when a bleeding situation is gravely serious, as well as how to get it under control.

The program first started as part of a 2015 "call to action" launched by the U.S. government, with direct support from the U.S. Department of Defense. The goal was to enlarge the pool of Americans with the know-how needed to stop a bleeding emergency.

Since then, says Horbowyj, the effort has expanded into program launches in Lithuania and across the United Kingdom.

But she noted that the lion's share of the program's international focus has actually centered on Ukraine.

"We started teaching courses in Ukraine in 2014 and 2015," said Horbowyj, who acknowledged having a personal connection to that country -- both of her parents were born there.

"The Ukraine conflict really started eight to nine years ago," Horbowyj explained. That's when Russia first invaded the eastern part of country, eventually leading to the annexation of Crimea, which had been part of Ukraine.

That invasion also kick-started a violent separatist movement in the area, upping the risk of injury to locals caught in the crossfire.

Since then, the "program in Ukraine has been really well-received," Horbowyj said, though what started as in-person training was forced to gravitate to an online format with the pandemic.

"COVID and the quarantines and lockdowns really interrupted a lot of our work there," she said. But after an initial pause, the project shifted to a remote Zoom-based format. So far, said Horbowyj, the move has proven to be very successful, due to an enthusiastic buy-in on the part of Ukraine's leadership.

"We have taught blood control skills to Ukrainian officials at a very, very high level, which I think is an incredible testament to how seriously they take the issue," Horbowyj said.

The program has managed to maintain training in an active war zone.

"We know bleeding is the foremost reason that injured people die," said Horbowyj. "It's very much our belief that this training can save lives in Ukraine, which is why we're doing this."

Elizabeth Shaw, head of communications and public affairs with the International Committee of the Red Cross, agreed the program could make a huge difference.

"The humanitarian situation in Ukraine is increasingly dire and desperate," Shaw said. "Security, access and availability mean blood supplies in war are not as reliable as in peace time."

Since "bleeding out" is a major cause of death in war-related trauma, "training both health professionals and the general public in how to limit or stop bleeding can not only save the life of the patient, but also reduce the need for blood transfusion," she noted.

There's more on the importance of bleeding control at STOP THE BLEED.