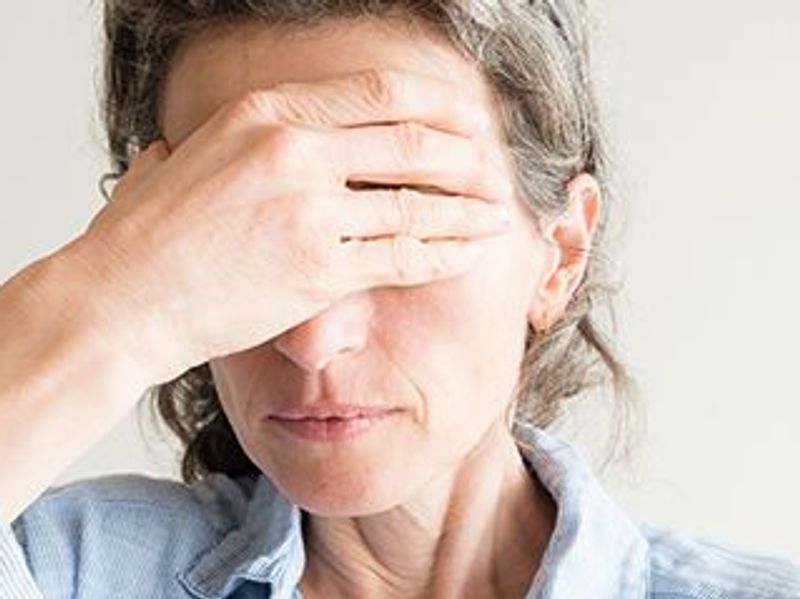 Hot flashes. Night sweats. Waking up at all hours throughout the night. Millions of women battle these stereotypical menopause symptoms for years.

Now, a small study suggests that a drug used for both men and women who have sleep disorders might offer relief. Researchers compared women who took suvorexant (Belsomra) with those who took a placebo and found the benefits for those using the medication went beyond better Zzzs.

Not only were women sleeping better, those using suvorexant also had fewer night sweats than those taking the placebo.

"Together, this makes the findings rather strong for this particular population because it's not only just improving their sleep, which was the primary thing that we were after, but it's also improving the frequency of their night sweats," said lead researcher Shadab Rahman. He is an assistant professor in the division of sleep medicine at Harvard Medical School in Boston.

Menopause, the end of a woman's monthly period, is a major transition, with hormone changes and other changes that can adversely affect their health and quality of life, Rahman said. It typically occurs after 45 years of age.

About 40% to 60% of women report significant sleep disruption during menopause, Rahman said. Typically, they say it's hard to stay asleep.

"What motivated us to do this study was this is a major health concern, as well as impairment of quality of life for half the population in the world, so what can we do to make it better?" Rahman said.

Getting enough sleep is a vital part of well-being and health. Disrupted sleep has been linked to various health problems, ranging from depression to diabetes, he noted. A woman's risk of developing these conditions rises significantly during menopause.

"The question is now, if we can improve sleep in these women with this particular medication, is it effective in attenuating the risks of developing these adverse health outcomes?" Rahman said. "Can you lower the risk of developing diabetes, for example? Can you lower the risk of developing depression or even improving depression in perimenopausal women who do go on to have active disorders, mood disorders or depression? If you improve their sleep, do you also improve their mood and then their general well-being in the long term?"

While the trial appeared to reduce night sweats and insomnia, it did not appear to impact other menopause symptoms, such as daytime hot flashes, the investigators found.

More research would be needed to confirm the findings of this trial, which included 56 women between 40 and 65 years of age. It was conducted over a four-week period.

Rahman said future research could include a trial designed to look specifically at using suvorexant to fight night sweats, rather than insomnia. Studies of health outcomes are a logical next step, he added.

Women experiencing typical menopause symptoms can use hormone replacement therapy, but some choose not to because of concerns about whether it might increase their risk of other health conditions, such as cancer.

Cognitive behavioral therapy can be a solution for sleep disorders, as can some other insomnia medications, but some drugs can be sedating and cause drowsiness.

Suvorexant works by blocking the receptors for a chemical in the brain known as orexin, which is involved in wakefulness and waking up. It may also contribute to hot flashes.

Dr. Stephanie Faubion is medical director of the North American Menopause Society. She said, "Hormone therapy isn't for everyone, but for the majority of healthy women who are under the age of 60 and within 10 years of menopause, the benefits typically outweigh the risk. Now there's always going to be a group of women who either can't use it for medical reasons or choose not to use it for personal reasons. And for that group, it's always a good idea to have other options available."

Though suvorexant did not appear to ease daytime hot flashes, Faubion said it could be what women who have more nighttime symptoms need.

As many as eight in 10 menopausal women experience hot flashes and night sweats for an average of seven to nine years, she said. About one-third experience moderate to severe hot flashes for a decade or more.

"The sleep disturbance associated with this is not insignificant. When you add all that up, if you're not sleeping at night, you're not functioning during the day, it probably contributes to women having that sensation of brain fog during the day," Faubion said. "If you look at the global impact of menopausal symptoms and the economic burden associated with not treating those, it's substantial."

The findings were recently published in the journal Sleep. The study was funded by Merck, maker of suvorexant.

The U.S. National Institute on Aging has more on menopause.