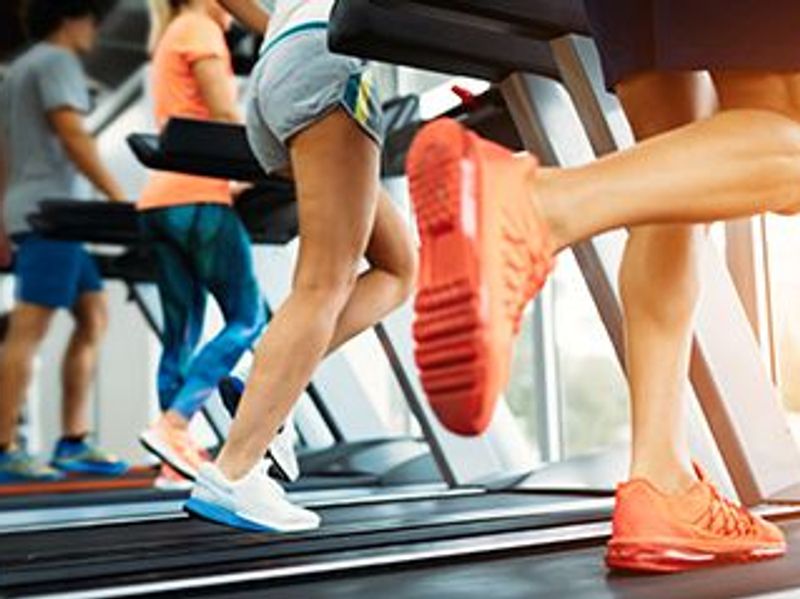 Working Out After Your COVID Shot Might Boost Immunity

If want to get more out of your next flu shot or COVID-19 vaccination, an early study hints at a simple way: Take a long, brisk walk afterward.

Researchers found that when people exercised moderately for 90 minutes right after either vaccination, their bodies produced more infection-fighting antibodies over the next month.

The findings are preliminary, stressed researcher Marian Kohut, a professor of kinesiology at Iowa State University in Ames.

She said it's not clear whether the ramped-up antibody response translates into a lower infection risk, or longer-lasting protection.

But the findings - published in the May issue of the journal Brain, Behavior, and Immunity - add to evidence that being physically active may enhance the body's response to vaccination.

The study involved 70 people who were randomly assigned to either exercise or not, right after receiving a flu shot or their first dose of the Pfizer COVID-19 vaccine.

The exercisers aimed for a moderate intensity - walking briskly, jogging or riding a stationary bike. Some of the flu-shot recipients worked out for 45 minutes, but the rest kept at it for 90 minutes.

While 90 minutes might sound like a long time to sweat, it was chosen for a reason, Kohut said: In previous work, the researchers found that amount of exercise may churn up an immune system chemical called interferon alpha, which helps generate virus-fighting antibodies and T cells.

The researchers found that 90 minutes did, indeed, have an effect.

People who exercised that long generally produced more infection-fighting antibodies after receiving either the flu or COVID shot, relative to the comparison group. Those who worked out for only 45 minutes showed no such advantage.

But like Kohut, he said the big question is whether the antibody boost makes a difference in infection risk.

At the very least, there was no harm from exercising right after vaccination, noted Glatt, who was not involved in the study. People in the exercise groups reported no additional vaccine side effects.

The study participants were not especially athletic, and about half were overweight or obese, Kohut said. However, all had been regularly active before participating in the trial - getting moderate to vigorous exercise at least twice a week.

Kohut said she would not recommend a 90-minute burst of post-vaccination activity to anyone who is sedentary.

"These findings don't surprise me at all," said Dr. Robert Sallis, a family and sports medicine physician at Kaiser Permanente Medical Center in Fontana, Calif.

That's because many studies have now linked physical activity to a lesser risk of severe COVID-19. Sallis led one of those studies, which tracked almost 50,000 Kaiser Permanente patients.

It found that being sedentary was one of the main risk factors for severe COVID-19 - with only older age and a history of organ transplant having a stronger impact.

On average, inactive people were over twice as likely to be hospitalized or die of COVID-19, compared with people who'd been getting the recommended amount of exercise pre-pandemic. (That meant 150 minutes of moderate to vigorous exercise a week.)

Lesser amounts of exercise were also linked to a lower risk of severe COVID-19, Sallis said - even after other risk factors, like chronic health conditions, obesity and smoking, were taken into account.

Sallis sees exercise as a vital tool for protecting ourselves from a range of diseases, including severe COVID-19. "It's free, and readily available to everyone," he said.

But it is no replacement for COVID-19 vaccination, the experts stressed.

"The vaccine is the most powerful weapon we have," Sallis said. Based on the new findings, he added, exercise "might make it work even better."

Why might that be? In an experiment with lab mice, Kohut's team found that interferon alpha might play a role: In mice that had their interferon alpha production blocked, exercise did not enhance the antibody response to vaccination.

But, Kohut said, there are likely multiple reasons behind the exercise effect.

The researchers are continuing to follow the study participants' longer-term antibody response. They also want to test the effects of 60 minutes of exercise, which might be more feasible for many people.

Another question, Kohut said, is whether exercise can have similar effects after people get a COVID booster - as the immune system has already been exposed to two doses of the vaccine.