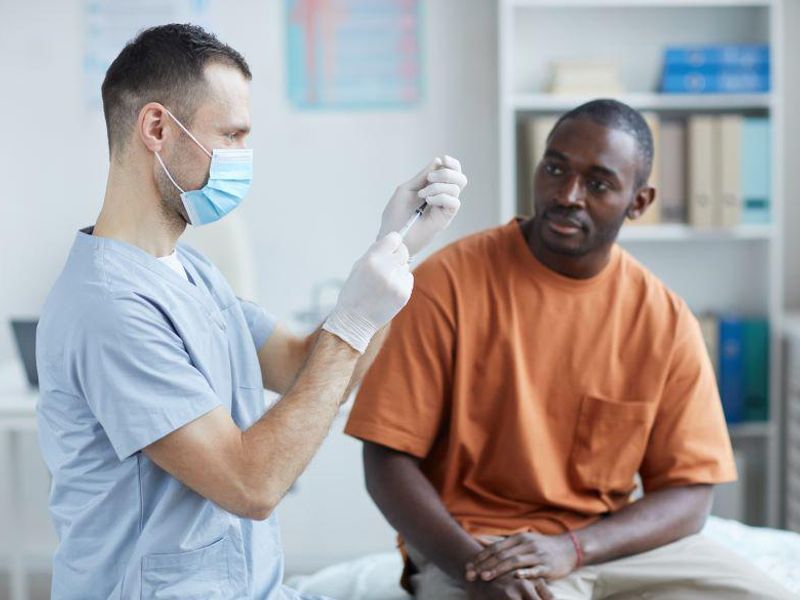 Yet another study is chipping away at the idea that colon and rectal cancers are diseases of older age: In the past couple decades, Americans younger than 40 have shown the steepest rise in advanced cases of these cancers.

The research adds to evidence of a disturbing, and not yet completely understood, increase in early-onset colon cancer.

The absolute numbers remain low, but since the 1990s, the rate of colon cancer among Americans younger than 50 has more than doubled, according to the U.S. National Cancer Institute.

What's more, those cancers are often detected late -- in part because young adults do not routinely undergo colon cancer screening. That screening has traditionally started at age 50 for average-risk people, though the threshold was recently lowered to age 45.

In the new study, researchers found that Americans in their 20s and 30s are seeing the steepest rise in distant-stage colon cancer -- later-stage tumors that have spread to other sites in the body.

For one, he said, most people younger than 45 are not eligible for routine screening -- which can catch cancer early, before symptoms arise, or even prevent it. When screening is done via colonoscopy, doctors can find and remove precancerous growths.

Instead, young adults with colon cancer often "present late," after they have had symptoms for a while, said Dr. Robin Mendelsohn, who co-directs Memorial Sloan Kettering's Center for Young Onset Colorectal and Gastrointestinal Cancer, in New York City.

Symptoms of colon cancer vary, but include changes in bowel habits, blood in the stool, persistent abdominal cramps and unexplained weight loss.

Sometimes, Mendelsohn said, young adults ignore those symptoms initially. But doctors may not recognize colon cancer as a possible cause, either.

"Patients may have to see multiple providers before they get a diagnosis," Mendelsohn said.

A 2019 study verified that: Of 1,200 colon cancer patients younger than 50, two-thirds waited three months to a year to see a doctor for their symptoms. And then they usually had to see at least two doctors before getting the correct diagnosis.

It's true that in a healthy young person, other conditions -- such as irritable bowel syndrome or hemorrhoids -- are likely culprits, according to Mendelsohn.

"But it's important to have [colon cancer] on the radar," she said.

In particular, Karlitz said, rectal bleeding should never be brushed off.

The new findings, published recently in the journal Cancer Epidemiology, Biomarkers & Prevention, are based on figures from a U.S. federal cancer registry. There were nearly 104,000 Americans ages 20 to 54 who developed colorectal adenocarcinoma between 2000 and 2016.

When it came to colon cancer specifically, people in their 30s showed the steepest increase in late-stage cancers over time, at 49%. Meanwhile, those in their 20s had the sharpest rise in advanced rectal cancer, 133%.

There were also signs of disparities: Black and Hispanic Americans in their 20s had a particularly high proportion of late-stage cancer -- a situation that worsened over time. Among young Black adults, for example, the proportion of rectal cancers that were late-stage shot up from none to 46% between 2000 and 2016.

Researchers are still trying to understand why colon cancer is rising among young people.

"Some data suggest that obesity and diabetes are playing a role, but that's not the whole story," Mendelsohn said. "The majority of our patients are not obese and do not have diabetes."

One suspect under study, she said, is diet and its influence on the gut microbiome -- the vast collection of bacteria that dwell in the gut and help maintain normal body processes. Some lab research suggests that when the balance of those microbes is unhealthy, it can contribute to inflammation and tumor development.

For now, both doctors encouraged people with potential signs of colon cancer to see their doctor -- and to start screening as soon as they are eligible.

"We want to motivate people to get screened on time," Karlitz said.

It's also important, he added, to know your family history of colon cancer, including the age at which relatives were diagnosed. People with a strong family history of the disease may be advised to start screening earlier than age 45.