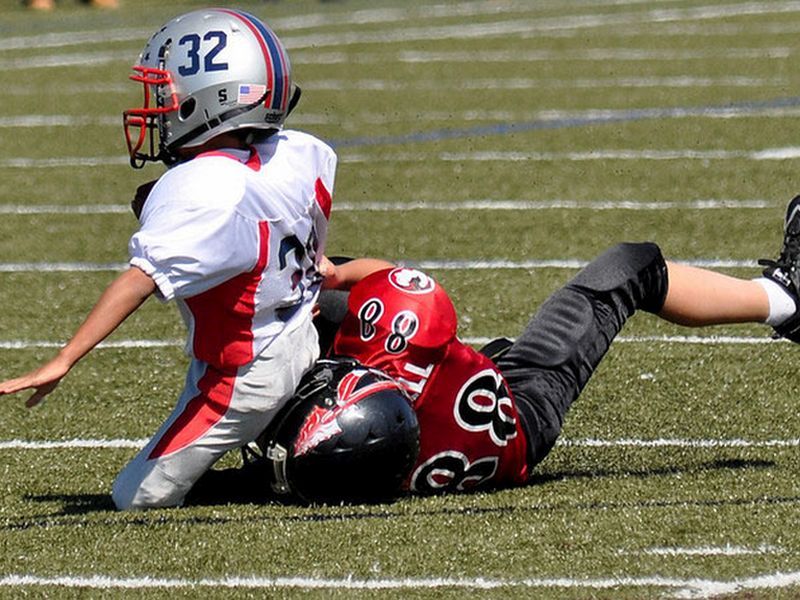 Many parents struggle with the decision to let their kids play tackle football or other contact sports due to the risk of concussions and long-term brain diseases that may occur with repeated head blows.

Now, new research suggests that head trauma and concussions aren't linked to problems with memory, attention, processing speed or behavior in 9- to 12-year-olds who play football for a few seasons.

"It is reassuring that we are not seeing poor outcomes on cognitive or neurocognitive tests in childhood over the course of consecutive years of play, but we can't fast forward to see what will happen 40 years after childhood contact sport exposure," said study author Dr. Sean Rose. He's a pediatric neurologist and co-director of the Complex Concussion Clinic at Nationwide Children's Hospital in Columbus, Ohio.

For the new study, researchers tracked 18 football players for four seasons of youth tackle football from July 2016 through January 2020. Players wore helmets with sensors that track head hits and completed a battery of cognitive and behavioral tests before and after each season.

Overall, repetitive head blows were not associated with lower test scores, but kids with attention deficit hyperactivity disorder, anxiety and depression did fare worse on these exams.

"We need more research to see if there is a small subset of children who may be at risk for poor outcomes from head impacts," Rose said.

The findings were published Dec. 30 in JAMA Network Open.

Outside experts who reviewed the findings were quick to caution that this small study doesn't say it's safe to let kids play tackle football.

"There may not be issues in the shorter term, but the bigger question is what happens long-term," said Dr. Daniel Daneshvar. He is an assistant professor at Harvard Medical School and brain injury physician at Spaulding Rehabilitation Hospital in Boston.

"This study doesn't give us any information about whether it is safe to hit kids in the head 1,000 or more times a year over multiple years," said Daneshvar, who is also director of TeachAids' Institute for Brain Research and Innovation.

The real question is, when do cognitive problems and brain changes start to show up, he said, and longer follow-up is needed to answer this.

"The next step would be to follow these individuals to see how they are doing 10, 20 or 30 years down the road," Daneshvar said.

Chris Nowinski, a former pro wrestler who is co-founder and CEO of the nonprofit Concussion Legacy Foundation in Boston, agreed.

"If you studied children who smoked at ages 9 to 12 and no one developed lung cancer, it wouldn't mean that children should smoke," Nowinski said. "It's too small of a study to draw any conclusions, and this study does not measure the outcome of interest to parents: chronic traumatic encephalopathy [CTE]."

CTE is a degenerative brain disease associated with repeated blows to the head that's been seen in some former National Football League players, including Frank Gifford, Aaron Hernandez and Andre Waters.

"CTE risk develops over time, and the earlier you start playing, the more years you can play," Nowinski said.

This is why the Concussion Legacy Foundation strongly recommends delaying enrolling your child in tackle football until age 14.

Other ways to make football safer for kids include changing the rules so players sustain fewer blows to their heads.

"There should be no hitting in practice and no kickoffs," Nowinski said.

These changes were made at the NFL level but are much harder to implement in youth sports, he said.

The bottom line? "Parents must continue to make informed decisions based on the existing literature, which has suggested a strong association but has yet to determine a direct causal relationship between cumulative head impacts and age at first exposure with the long-term development of neurocognitive and behavioral issues," said Dr. Robert Parisien, an orthopedic sports medicine surgeon at Mount Sinai Hospital in New York City.

Learn to recognize concussions at the Concussion Legacy Foundation.