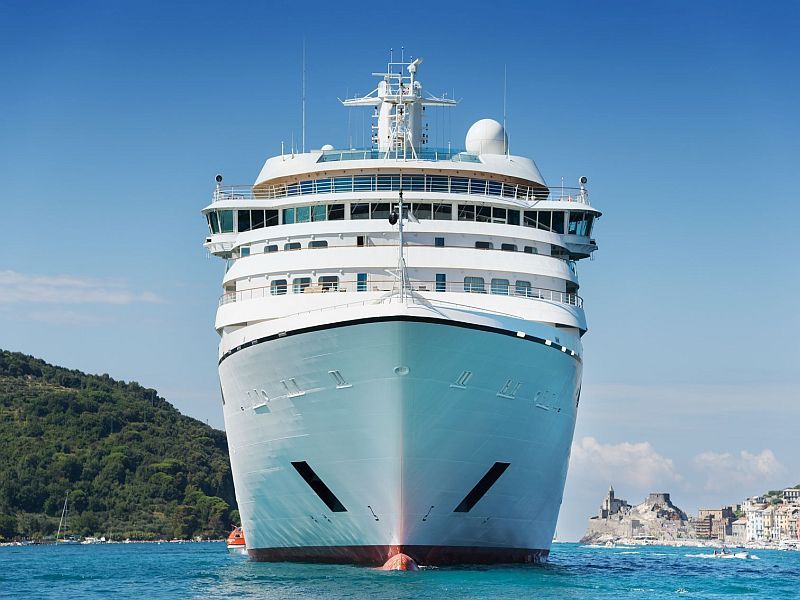 At least 48 passengers and crew members on Royal Caribbean's Symphony of the Seas -- the world's largest cruise ship -- have tested positive for COVID-19 and have been quarantined, the company said Monday.

Of the 48 people who tested positive during the sailing, 98% were fully vaccinated. That's not surprising, since the overall vaccination rate among the nearly 6,100 passengers and crew was already at 95%, according to Royal Caribbean, CBS News reported.

All travelers over the age of 12 had to be fully vaccinated and produce a negative test result before the voyage, according to the company. Cruise companies tightened their COVID-19 protocols this summer -- requiring pre-cruise tests for everyone, not just unvaccinated passengers -- when the Delta variant was surging, the Washington Post reported.

Four of the 48 people who tested positive were close contacts of six passengers who disembarked earlier in the voyage, the cruise line said.

The huge ship, which boasts a nightclub, theater and more than 30 restaurants and bars, left Miami on Dec. 11 for a seven-day trip and made a handful of stops, including the Caribbean islands of St. Maarten and St. Thomas, the Post said.

The U.S. Centers for Disease Control and Prevention said it was aware of the Symphony of the Seas outbreak and was working with Royal Caribbean to "gather more information about the cases and possible exposures." Officials said specimens would be taken for genetic sequencing, the Post reported.

The CDC reported last month that cruise companies had reported 1,359 cases -- many involving fully vaccinated crew or passengers -- on ships sailing from the United States between June 26 and Oct. 21. During that time, there were 49 hospitalizations and 38 medical evacuations due to COVID-19 or COVID-like illnesses, with one person dying after testing positive during a cruise.

"The resumption of passenger voyages in the U.S. has led to the introduction and sustained transmission of COVID-19 among cruise ships, despite high vaccination rates among both crew and passengers," the agency said in its report.

Royal Caribbean said that those who tested positive on the Symphony of the Seas cruise were immediately isolated to prevent the spread of infection. The cruise line said they were either asymptomatic or experiencing mild symptoms, the Post reported.

Earlier this month, there were at least 17 passengers and crew members with COVID-19 on a Norwegian Cruise Line ship that docked in New Orleans, and the Louisiana Department of Health said at least one of the infected crew members was suspected to have the Omicron variant, CBS News reported.

Visit the U.S. Centers for Disease Control and Prevention for more on COVID variants.