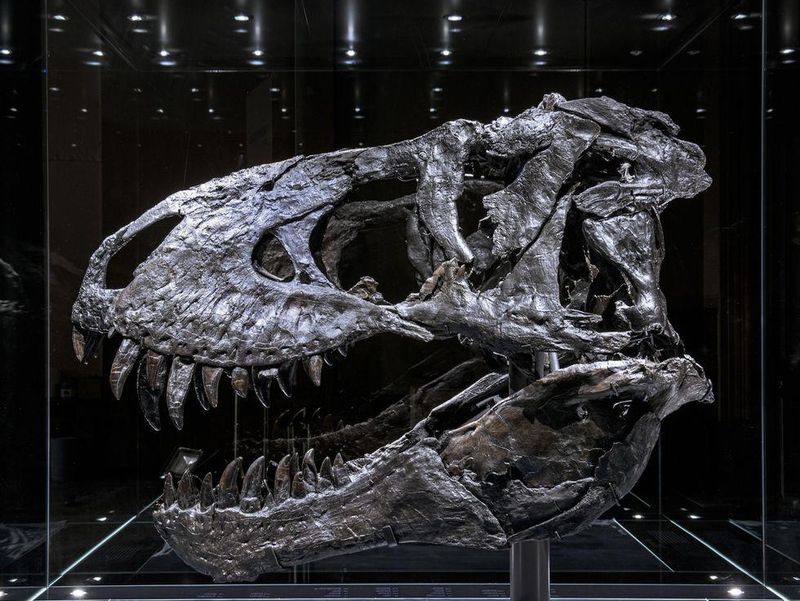 Even T. Rex Had Bone Trouble

They once ruled the planet, but even the mighty Tyrannosaurus rex could suffer from bone disease, new research shows.

Scientists used imaging to examine the lower left jaw of a fossilized T. rex skeleton discovered in Montana in 2010. The skeleton, which is about 68 million years old and one of the most complete skeletons of the carnivorous dinosaur ever found, is at the Museum für Naturkunde Berlin in Germany.

"While this is a proof-of-concept study, noninvasive DECT imaging that provides structural and molecular information on unique fossil objects has the potential to address an unmet need in paleontology, avoiding defragmentation or destruction," said Dr. Charlie Hamm, a radiologist at Charité University Hospital in Berlin, who led the study.

The research team found thickening and a mass on the jaw's surface that extended to the root of one tooth. DECT detected a significant build-up of the element fluorine in the mass, which is associated with areas of decreased bone density.

The mass and fluorine accumulation support the diagnosis that the T. rex had a bone infection called tumefactive osteomyelitis, according to the researchers.

The team presented their findings Wednesday in Chicago at the annual meeting of the Radiological Society of North America (RSNA). Research presented at meetings should be considered preliminary until published in a peer-reviewed journal.

"The experimental design, including the use of a clinical CT scanner, will allow for broad applications," Hampe added in an RSNA news release.

The U.S. National Library of Medicine has more on bone infections.