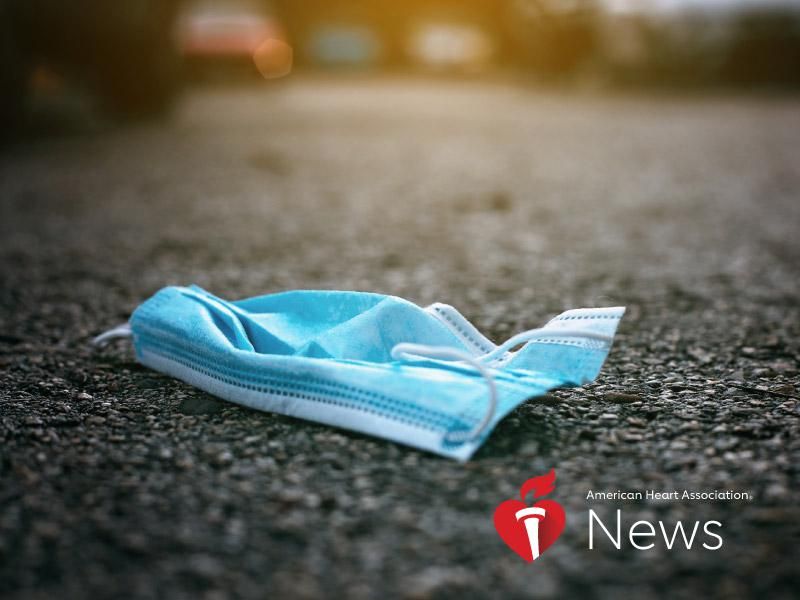 Researchers examined the records of 4,633 people at a large health care system in Utah who were screened for depression during a primary care visit. They completed a questionnaire before the pandemic and again during. Nearly 4 in 10 people reported new or continuing depression in the first year of the pandemic.

Participants with depression reported an increase in symptoms during the pandemic -- with 1.9% visiting an emergency room for anxiety versus 0.6% of people without depression.

After accounting for differences in demographics and other risk factors, people with depression had nearly three times the odds of going to the ER for anxiety than those without depression.

"We are starting to talk more about mental health with COVID, and I think this brings awareness maybe to some of the trickling effects" of poor mental health, May said.

People with depression tended to be younger and female. They also were more likely to be smokers.

The study will be presented at the American Heart Association's virtual Scientific Sessions, which starts Saturday. The work is considered preliminary until published in a peer-reviewed journal.

A broader national study released in March from the Centers for Disease Control and Prevention showed the percentage of adults with recent symptoms of a depressive disorder increased from 24.5% in August 2020 to 30.2% in December.

May said it was important to identify people with depression because "we know that it's a strong risk factor for cardiovascular disease. And if people are becoming more depressed because of the pandemic, in a few years, we could see a higher incidence of cardiovascular disease." She hopes to do additional studies to see if that happens.

Dr. Jeffery Huffman, who directs the Cardiac Psychiatry Research Program at Massachusetts General Hospital in Boston, said "trends about depression in our society in general were just sort of magnified during the pandemic."

Huffman, who was not involved in the new research, helped write a January report from the AHA about psychological health and the mind-heart-body connection. That scientific statement said depression has been linked to an increased risk of stroke or dying from a heart attack.

Notable from the new findings, he said, is they suggest people had difficulty managing depression during the pandemic. The fact that more younger women were affected also got his attention.

"There's now some research to suggest that women in particular, and especially those of childbearing and child-rearing age, may have had a particular burden during the pandemic given that they often had increased caregiving duties," he said.

The study also highlights the importance of depression prevention, Huffman said. That starts with basic acts of self-care, such as eating healthy food, getting enough sleep and staying physically active. Whether walking around the block or going on a bike ride, activity "sends important signals that will not only help your sleep but will almost certainly help your mood."

Finding someone to talk to about symptoms of distress can be helpful, he said. Whether it's a friend, family member or a professional, in a socially isolated time, it "ends up being really, really important."

Medications also can help, he said. "Depression is pretty clearly established as a medical condition that has effective treatments."