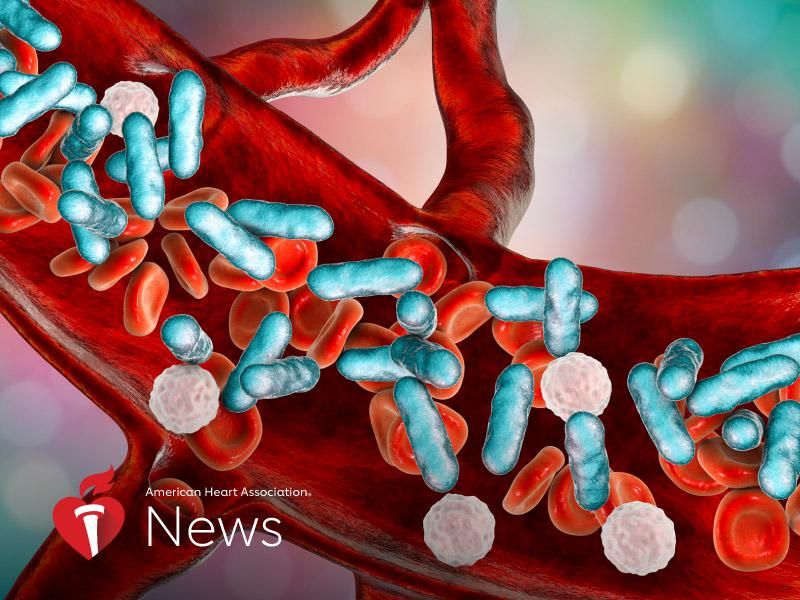 AHA News: Never Heard of Sepsis? It's Common, Dangerous and a Threat to Your Heart

When former President Bill Clinton was treated for sepsis earlier this month, it put a spotlight on a common illness not often discussed. But it's one that can endanger the heart.

It is technically not a specific condition, but a syndrome that has defied easy categorization in the past. The official definition according to the Centers for Disease Control and Prevention is "the body's extreme response to an infection." Unofficially, it's "a common process by which infections kill you," said Dr. Henry Wang, professor and vice chair for research in the department of emergency medicine at the Ohio State University in Columbus.

Most cases can be blamed on bacteria. But viruses, including the flu and the virus that causes COVID-19, also can spark it, as can fungal infections. All infections, Wang said, "can make the body overreact and can make the body very irritable and inflamed. And those toxins end up in your bloodstream and start to poison all the organs of the body."

That means sepsis is entwined with the cardiovascular system and can endanger the heart, sometimes years after a person has been ill.

"For example, a common thing that happens when you get an infection is that the blood vessels dilate," Wang said. "That's an overreaction to the invasion of the infection in the bloodstream. And because of that, your blood pressure drops." The body then struggles to deliver adequate blood and oxygen to vital organs.

Sepsis also damages the lining of the blood vessels, Wang said, making the person susceptible to blood clots and causing other problems that are "big players in heart disease," such as inflammation.

Wang's research published in the journal Clinical Infectious Diseases suggests people hospitalized for sepsis were twice as likely to have or die from a future coronary heart disease event such as a heart attack as people without a history of sepsis. That risk remained elevated for at least four years.

Other research in the American Journal of Respiratory and Critical Care Medicine shows 10% to 40% of people with sepsis end up developing a type of irregular heartbeat called atrial fibrillation.

According to the CDC, at least 1.7 million U.S. adults develop sepsis yearly, and nearly 270,000 die as a result. Clinton -- who has had multiple heart procedures, including bypass surgery -- spent several days at a California hospital for sepsis that developed after a urinary tract infection, according to news reports.

His is not the only famous case. Sepsis was the cause of death for Muppet creator Jim Henson, Pope John Paul II and actress Tanya Roberts. Actress Whoopi Goldberg said it nearly killed her in 2019.

Impaired brain function can be one serious after-effect, said Wang, whose sepsis work has drawn on data from a large study called REGARDS that was originally designed to study the occurrence of stroke. He led a study published in Critical Care Medicine that found the rate of cognitive decline accelerates about sevenfold after experiencing sepsis.

Doctors continue to struggle in spotting the signs of sepsis, which can include a high heart rate or low blood pressure; confusion or disorientation; extreme pain; fever; and shortness of breath. But recent experiments using artificial intelligence have helped to spot the problem earlier.

Better understanding who's at risk also could help, Wang said.

People 65 and older, people with weakened immune systems, and people with chronic conditions such as diabetes and cancer are at higher risk for sepsis, the CDC says.

Wang said people with kidney problems and vascular disease also have a higher risk, as do people with conditions that make them prone to blood clots. His work has linked obesity to sepsis risk, too.

For something so common, it doesn't get a lot of attention, Wang said. "We could probably save thousands of lives a year and really improve the lives and quality of life for all the survivors if we dedicate a lot more attention to this condition."