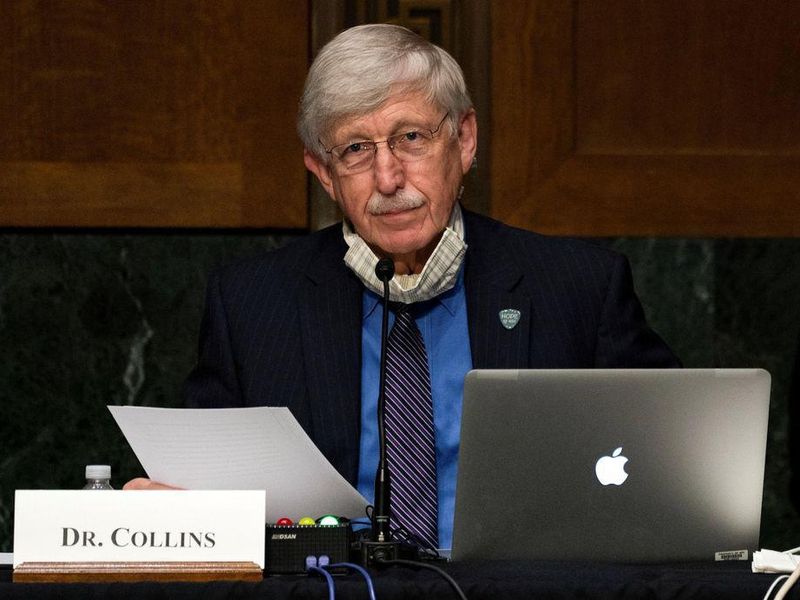 Dr. Francis Collins, the longest serving director of the U.S. National Institutes of Health, plans to step down from his leadership post by the end of the year, the institute plans to announce on Tuesday.

Collins headed the government's effort to map the entire human genetic code 20 years ago, and he is now one of the most respected public health leaders in this country's battle against the coronavirus pandemic, the Washington Post reported.

"He has a knack for taking very complex topics and breaking them down in a way that people can understand," Jeff Zients, the White House coronavirus response coordinator, told the Post. "I think that's very under-appreciated in public health."

Following his 12-year stint as the leader of the NIH, the 71-year-old physician-geneticist will return to his lab at the National Human Genome Research Institute in Bethesda, Md., the Post reported. Born in Staunton, Va., and home-schooled through the sixth grade, Collins helped discover the genes responsible for cystic fibrosis and neurofibromatosis, a condition that causes tumors to form in the spine and brain.

Collins was first named director of the NIH in 2009, and he held the post through the Obama and Trump administrations and the first year of Biden's presidency.

An NIH official told the Post that no decision on an interim NIH director has been made. President Joe Biden will nominate a new NIH director who must be confirmed by the Senate.

Collins told the Post he decided to step down now because he didn't want to serve too long in the Biden administration before leaving the position, and he felt confident that the NIH's role in developing tests, treatments and vaccines for the coronavirus was in "a pretty stable place."

"There comes a time where an institution like NIH really benefits from new vision, new leadership," Collins told the Post. "This was the right timing."

During his time as NIH director, the agency's budget rose from $30 billion to $41.3 billion, and Collins has appointed most of the current heads of the 27 NIH institutes and centers, the Post reported.

In 2009, Collins, a born-again Christian who wrote a book about reconciling science and religion, assumed leadership of the NIH amid some sharp criticism about whether a man of faith should lead a data-driven research institution that includes world-renowned scientists among its 18,000 employees, the Post said.

Dr. Anthony Fauci, director of the National Institute of Allergy and Infectious Diseases, has known Collins for decades and now interacts with him on a daily basis as part of the pandemic response.

Fauci said one of the most important contributions Collins made during the pandemic was his presence on Saturday morning calls with drug companies, helping to persuade them to recruit Black and Hispanic people into vaccine trials.

"That is extremely noteworthy -- that the director of NIH would join me and my programmatic colleagues on the nuts and bolts of what you need to do to get more African Americans and Hispanics involved in the clinical trials. He didn't have to do that," Fauci told the Post.

Collins' departure as NIH director comes as science has become highly politicized and even well-established medical facts have been challenged.

"Every issue, the polarization gets deeper and deeper, the tribes have formed their views, and it's very hard to see how we step back from that," Collins told the Post.

He described the political battles over COVID-19 vaccines and mask-wearing as a "major heartbreak."

"I did not dream that we would end up with fantastic, historic [vaccine test] results, and here we are in October 2021 with 70 million" people unvaccinated and hundreds of thousands dead "as a result of a culture war," Collins said. "I did not imagine that possible in the United States of America."

Eric Lander worked with Collins on the Human Genome Project years ago and described him as "a brilliant scientist and an amazing administrator, and a real humanist," the Post reported.

"Time after time, Francis was able to bring a vision to his institute at NIH, and then the whole NIH, to see what the next challenges would be that the scientific community could rally around. It was a huge thing," Lander told the Post.

Visit the U.S. National Institutes of Health for more on Dr. Francis Collins.