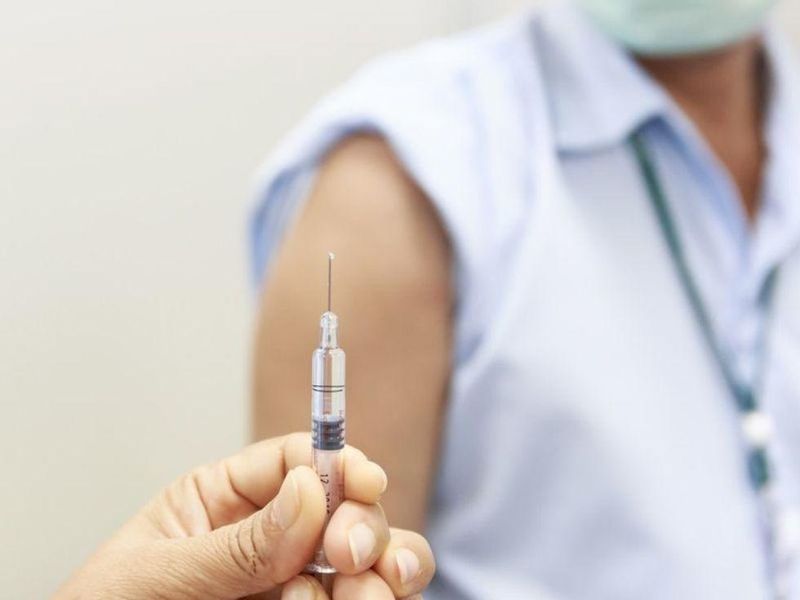 As millions of Americans sign up to get their Pfizer booster shot, a new government report delivers reassuring news about its expected side effects.

The study, published by the U.S. Centers for Disease Control and Prevention on Tuesday, evaluated the experiences of individuals who were able to get third doses starting in mid-August because they had compromised immune systems. In those cases, people could boost their doses with either the Pfizer or Moderna vaccines, depending on which they had previously received.

"Most reported local and systemic reactions were mild to moderate, transient, and most frequently reported the day after vaccination," according to the research team, which was led by CDC epidemiologist Anne Hause.

About 12,600 people filled out surveys as part of a voluntary safety monitoring system.

Pain or swelling at the injection site was a side effect experienced by 77.6% of respondents after a second dose and a slightly higher 79.4% did so after the third dose, the report showed.

While 76.5% of people reported experiencing systemic reactions like fever or headache after their second dose, a slightly lower 74.1% had those reactions after the third dose.

About 2.2 million people received their additional doses by the end of the study period, which was Sept. 19. They likely included not just those eligible for their health conditions, but also those who decided to take matters into their own hands, the CDC said.

Pfizer had previously provided information about a third-dose small clinical trial, which found similar reactions as the CDC study. A booster dose of Moderna's vaccine has not yet been approved by the U.S. Food and Drug Administration.

Too few people had received an additional dose of the Johnson & Johnson vaccine or had mixed and matched doses from different vaccine makers to include those cases in the CDC study, The New York Times reported.

People who received their second dose of Pfizer's COVID-19 vaccine at least six months ago and who meet certain criteria are now eligible for their third dose. Those include people aged 65 and older and those 18 and older who have underlying medical conditions, work in high-risk settings or live in high-risk settings, according to the CDC.

The U.S. Food and Drug Administration has more on its authorization of the Pfizer booster shot.