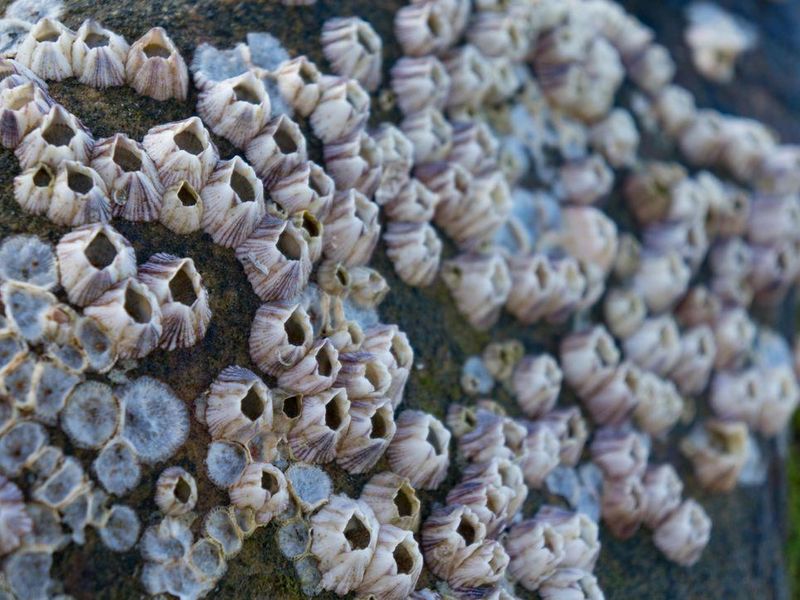 Barnacles Inspire a Better Way to Seal Off Wounds

Barnacles may be the bane of ships, but they could point to new ways to quickly halt severe bleeding, researchers report.

Barnacles are small crustaceans that attach to rocks, ship hulls and even other animals, such as whales. Their ability to cling to surfaces that are often wet and dirty caught the attention of researchers trying to find new ways to seal wounds in emergency situations.

Inspired by the sticky substance that barnacles use to cling to objects, the researchers created a biocompatible glue that can seal wounds and stop bleeding.

It can adhere to surfaces, even when they're covered in blood, and form a tight seal within about 15 seconds, research in animals shows.

"This caught our eye," said study co-lead author Hyunwoo Yuk, a research scientist at Massachusetts Institute of Technology (MIT). "It's very interesting because to seal bleeding tissues, you have to fight with not only wetness but also the contamination from this outcoming blood. We found that this creature living in a marine environment is doing exactly the same thing that we have to do to deal with complicated bleeding issues."

The team's analysis of barnacle glue revealed that the sticky protein molecules that help barnacles attach to surfaces are suspended in an oil that repels water and any contaminants found on the surface, allowing the adhesive proteins to firmly grip the surface.

This type of glue could offer a much more effective way to treat traumatic injuries and to help control bleeding during surgery, according to the authors of the study published Aug. 9 in the journal Nature Biomedical Engineering.

Co-senior study author Xuanhe Zhao, said, "We are solving an adhesion problem in a challenging environment, which is this wet, dynamic environment of human tissues. At the same time, we are trying to translate this fundamental knowledge into real products that can save lives." Zhao is a professor of mechanical engineering and civil and environmental engineering at MIT.

In recent years, materials that can halt bleeding have become available. Many consist of patches that contain clotting factors that help blood congeal. But these materials require several minutes to form a seal and don't always work on heavily bleeding wounds.

Another potential application for the new glue is during surgery so that surgeons don't have to spend so much time trying to control bleeding, explained study co-senior author Christoph Nabzdyk, a cardiac anesthesiologist and critical care physician at the Mayo Clinic in Rochester, Minn.

"We're technically capable of carrying out a lot of complicated surgeries, but we haven't really advanced as fast in the ability to control especially severe bleeding expeditiously," Nabzdyk in an MIT news release.

The American Red Cross explains how to treat severe bleeding.