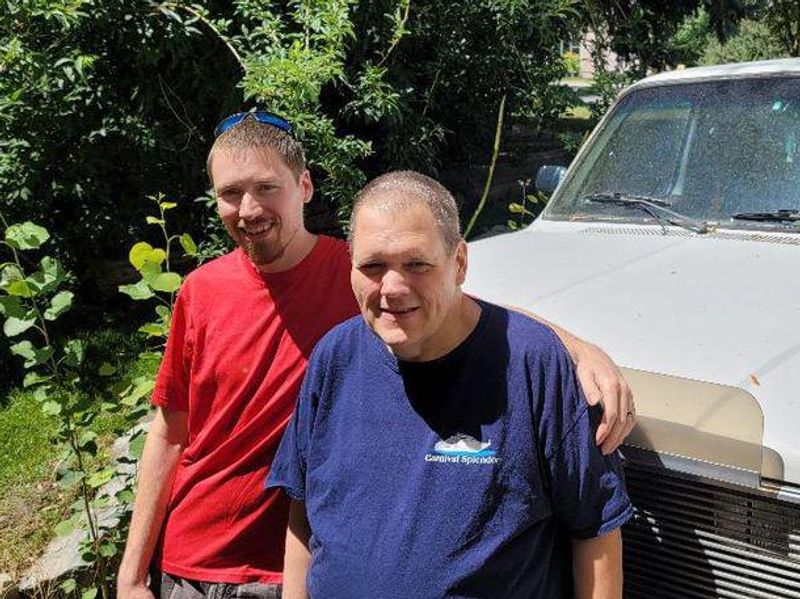 As June 28 approached, David Beverley had been "psyching himself up" for major surgery, as a lifesaving liver donor for his ailing 60-year-old father, Peter.

"But then they called us, literally the day before, and told us: 'We've got to stop this. We don't have any blood.'" the 32-year-old Utah resident said.

That's the moment when both David and Peter came into the crosshairs of what's fast becoming a national health care crisis: a severe blood shortage that's jeopardizing surgeries and medical procedures.

"A blood shortage is when we have demand outpacing our supply," noted Paul Sullivan, senior vice president of donor services for the American Red Cross. "Usually it's around some challenging period of the year. The beginning of summer, end-of-year holidays. And obviously we work hard to try to plan for those times."

But this time is different, Sullivan said, with the COVID-19 pandemic and its fallout triggering a huge spike in hospital demands for blood. The result is a critical blood shortage that's now seven weeks long and counting.

"In the initial phase of the pandemic we certainly saw a decline in blood need," he noted. "I think for all the obvious reasons. And COVID is not particularly blood-intensive."

But now the country is facing a "unique situation," said Sullivan, with large hospitals and trauma centers registering an 8% to 9% jump in demand over the spring and summer months.

Why? Prior to the vaccine rollout, "there's the aspect that some people didn't receive care or treatment to the degree they might normally have during the pandemic," he explained.

Now, patients are not only back, said Sullivan, but in addition to the usual ER demand, hospitals are starting to "see patients with more advanced disease states, [that come] with a greater demand for blood. And there's a growth in trauma, as the world opens up. We're also seeing the return of cancer patients who didn't get the care or treatment they normally would have."

The upshot is that "we are literally shipping out the blood as soon as it's safely tested and ready," said Sullivan. "But we have depleted our inventories."

No blood, no liver transplant

David and Peter knew nothing of all this until the national crisis struck home.

The transplant cancellation came with a straightforward but totally unexpected explanation: "'Well, we have no blood,'" Peter recalls being told.

"It was definitely a kind of a shock," remembers David, a delivery driver in Salt Lake City.

Peter has been diagnosed with advanced nonalcoholic liver disease about a year back. A family discussion ensued, leading to the testing of both David and one of his siblings as potential donors. His sibling was ruled out early. But David then embarked on months of work-up, involving MRIs, CT scans and "probably close to 100 lab [tests]."

"It was a very intensive process to make sure there is no underlying health problems," David explained. And that's because "as a live donor they told me from the get-go that the safety of the live donor is absolutely paramount. So basically if they perceive any kind of risk to me or my dad they immediately come to us and talk to us about it."

The blood shortage crisis posed just such a risk. The hospital told the retired father and his son that for such a procedure the average person will need about 2 liters of blood "if everything goes swimmingly," David recalled. "But if anything goes wrong that can quickly up to 12 to 14. And in an ER you can need 18 to 20 units of blood."

So using a worst-case scenario as their benchmark, the hospital said told David there wasn't enough blood.

David's reaction: "They weren't lying" when they said his safety was paramount.

"But I was definitely surprised," he added. "I've been a blood donor in the past. But I never realized how dire straits we had gotten [into]. And it's a nationwide blood shortage. It's not just Utah."

David remembers being told on the very same day that all nonessential, non-cardiac surgery in the entire state of Utah was postponed. "So it wasn't just us," he added.

Peter and David are now in a holding pattern, ironically, because Peter was diagnosed with COVID shortly before their newly scheduled July 27 surgery date. Currently in quarantine, Peter will be retested in August, and the two will take it from there.

Meanwhile, both are ringing the alarm.

"Please go out and donate blood," pleaded Peter. "I never thought I'd be in this situation either. But if people could go donate blood it would be, well, this whole thing wouldn't have happened."

And blood donation, said Sullivan, is "a very welcoming environment. It's easy to make an appointment, it's easy to go to a blood drive, and our staff -- who are highly trained -- would be eager to see you and help you through the process. It doesn't hurt. It's painless."

"I'm a regular blood donor," he added, "because it's a profound experience to literally physically give of yourself and to know that in a relatively short time -- a few days, a week -- someone in a hospital is going to be sustained by your blood. There's very few things that have the impact that giving blood has."

"You always hear, 'We need blood, we need blood.' But you never hear that this kind of thing can happen," he said.

It's unlikely the same problem will befall father and son on their next surgery attempt. Their hospital has set aside enough blood to guarantee that their procedure moves forward.

"So, we're covered," David said. "We're covered and we've been able to breathe a sigh of relief. But I can only imagine for someone who actually needs blood in an ER. I can't imagine how worrisome that must be, to think that you might not be able to get all the blood that you need."

There's more on the blood shortage and blood donations at the American Red Cross.