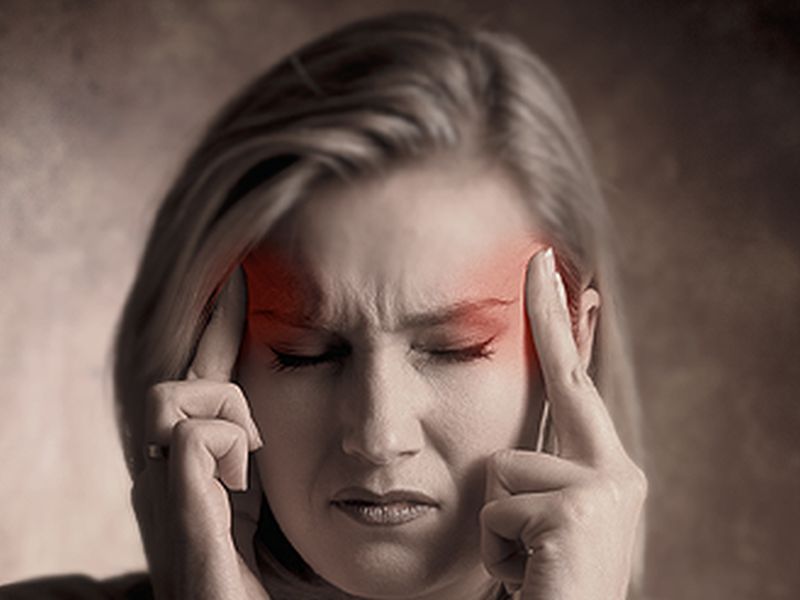 Migraine Before Menopause Could Be Linked to High Blood Pressure Later

If you suffered migraine headaches before menopause, you're at higher risk for high blood pressure once your periods stop, a new study warns.

Migraines occur more often in women than men, and are most common in the years before menopause, according to study author Gianluca Severi of the French National Institute of Health and Medical Research in Paris.

"Doctors may want to consider women with a history of migraine at a higher risk of high blood pressure," he said.

Fewer women have the debilitating headaches after menopause, but that's when more women develop high blood pressure. Migraines are a risk factor for heart disease, so researchers wanted to see whether a history of migraines is associated with an increased risk of blood pressure after menopause.

Their study included more than 56,000 women who didn't have high blood pressure or heart disease when they entered menopause. Of those, more than 9,500 had experienced migraines and the rest did not.

The women were followed for up to 20 years, completing health surveys every two to three years.

After adjusting for factors such as body mass index (a measure of body fat based on height and weight), activity levels and family history of heart disease, researchers concluded that women who had migraines before menopause were 29% more likely to develop high blood pressure after menopause.

The risk was similar in women who had migraines with aura and without, according to findings published online April 21 in the journal Neurology.

On average, women with migraines developed high blood pressure at a younger age (63) than women without migraines (65), the study found.

Severi said there are several ways in which migraine may be linked to high blood pressure.

"People with migraine have been shown to have early signs of arterial stiffness," he said in a journal news release. "Stiffer, smaller vessels are not as capable of accommodating blood flow, resulting in pressure increases."

It's also possible, Severi said, that the links have a genetic basis.

Since previous research has found that migraine increases the likelihood of heart events, identifying other risk factors is important, and "could aid in individualized treatment or prevention," he added.

The study doesn't prove that migraine causes high blood pressure after menopause, only that there is an association between the two, the researchers noted.

The U.S. National Institute on Aging has more about high blood pressure.