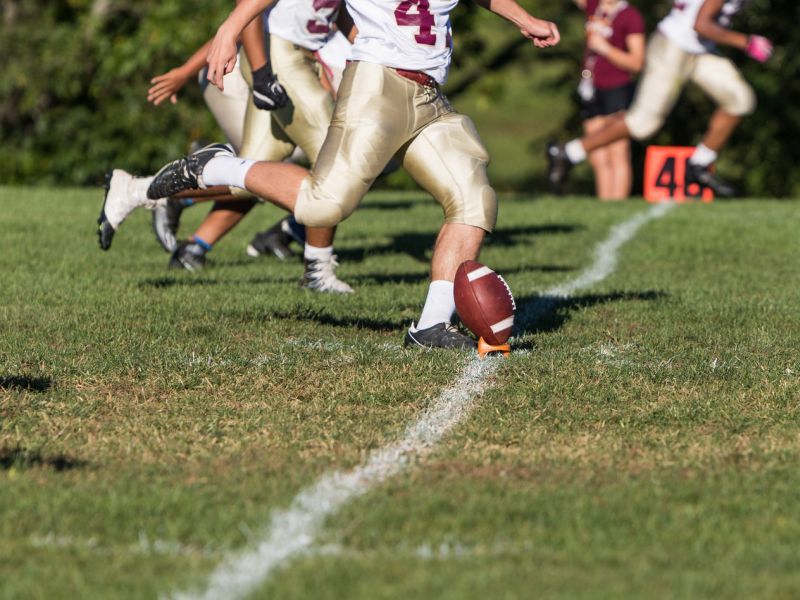 Here's some good news for aging athletes: If you played high school football, you're no more likely than others to have problems with concentration, memory or depression in middle age, according to a new study.

"Men who played high school football did not report worse brain health compared with those who played other contact sports, noncontact sports, or did not participate in sports during high school," Grant Iverson, of Harvard Medical School in Boston, and colleagues concluded.

The study included more than 400 men, aged 35 to 55, who completed an online survey. Of those men, 123 said they played high school football. Men with recent concussions or those who played semi-professional football were excluded from the study.

Men who played contact sports, especially football, had more concussions than the others. More than 80% of the former high school football players reported at least one concussion.

But, overall, the former football players were no more likely to have concentration and memory problems or depression in their mid-30s to mid-50s than other men in the study, according to the report published online recently in the Clinical Journal of Sport Medicine.

The investigators also found that playing sports in high school was unrelated to depression, anxiety or anger; concentration or memory problems; or headaches, migraines, chronic pain, or neck or back pain.

However, there were some significant differences between the study groups. Those who played high school football were more likely to report sleep problems (39% versus 20% to 30% in the other groups). They were also more likely to be prescribed medications for headaches or chronic pain.

Some of these factors were more common among former football players, but playing football itself was not a significant predictor, according to the study authors.

The findings provide reassurance that, in itself, playing high school football is not a risk factor for brain health problems that have been linked to a history of repeated concussions in professional football players, the researchers said.

The research was funded in part by the National Football League.

The U.S. Centers for Disease Control and Prevention has more on concussions and school sports.