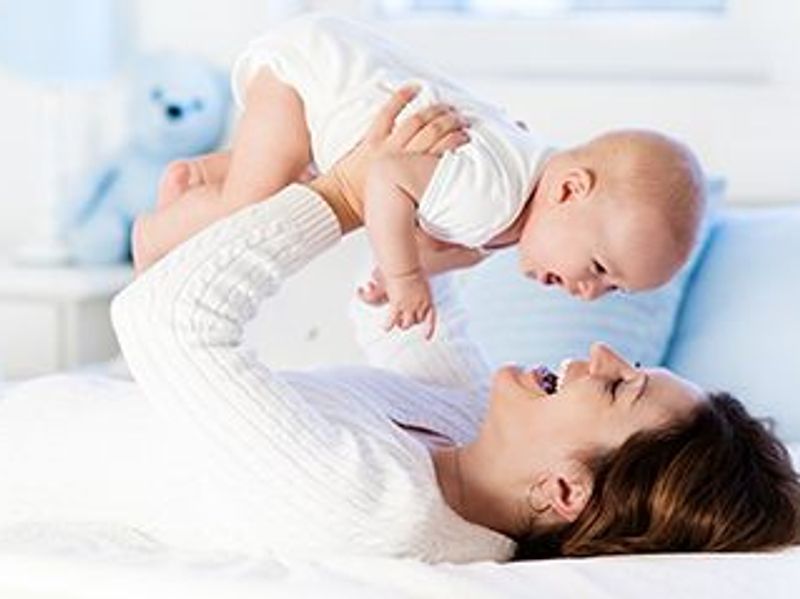 There's a reason you may choose to talk in singsong tones and with exaggerated sounds when you're talking to babies -- they're more likely to listen.

New research shows that babies pay more attention to baby talk than to regular speech. The finding held in many languages, and even when the baby was bilingual.

"Crucially for parents, we found that development of learning and attention is similar in infants, whether they're learning one or two languages," said Megha Sundara, director of the Language Acquisition Lab at the University of California, Los Angeles (UCLA). "And, of course, learning a language earlier helps you learn it better, so bilingualism is a win-win."

The study took place at 17 labs on four continents, where researchers observed 333 bilingual babies and 384 monolingual babies. The babies ranged in age from 6 to 9 months and 12 to 15 months.

It is one of the first studies published by the ManyBabies Consortium, a multilab group of researchers.

The study's global reach strengthened the results, Sundara said. Labs were in the United States, Canada, Europe, Australia and Singapore.


The UCLA lab was the only one in the study to provide data on bilingual babies who grew up hearing both English and Spanish.

Sundara and Victoria Mateu, an assistant professor of Spanish and Portuguese at UCLA, observed babies who were 12 to 15 months old.

Each baby would sit on a parent's lap. Recordings of an English-speaking mother, using either infant-directed speech (an adult speaking baby talk) or adult-directed speech, played from speakers on the left or the right. Computer tracking measured how long each baby looked in the direction of each sound.

"The longer they looked, the stronger their preference," Mateu said in a university news release. "Babies tend to pay more attention to the exaggerated sounds of infant-directed speech."

Baby talk is found across most languages and cultures, but English has one of the most exaggerated forms, Sundara said.

"Baby talk has a slower rate of speech across all languages, with more variable pitch, and it's more animated and happy," she said. "It varies mainly in how exaggerated it is."

Even babies with no exposure to English preferred the English baby talk to the grown-up talk, Mateu said.

Previous research had shown that monolingual babies prefer baby talk. The new study found bilingual babies became interested in baby talk at the same age as those learning one language.

The researchers also found that 6- to 9-month-old babies who had mothers with higher levels of education preferred baby talk more than babies whose mothers had less education.

"We suspect that perhaps the mothers with higher education levels spoke more to the babies and used infant-directed speech more often," Mateu said.

The study was led by Krista Byers-Heinlein, a psychology professor at Concordia University in Montreal.

The report was published March 23 in Advances in Methods and Practices in Psychological Science.

The American Academy of Pediatrics has more on language development in infants.