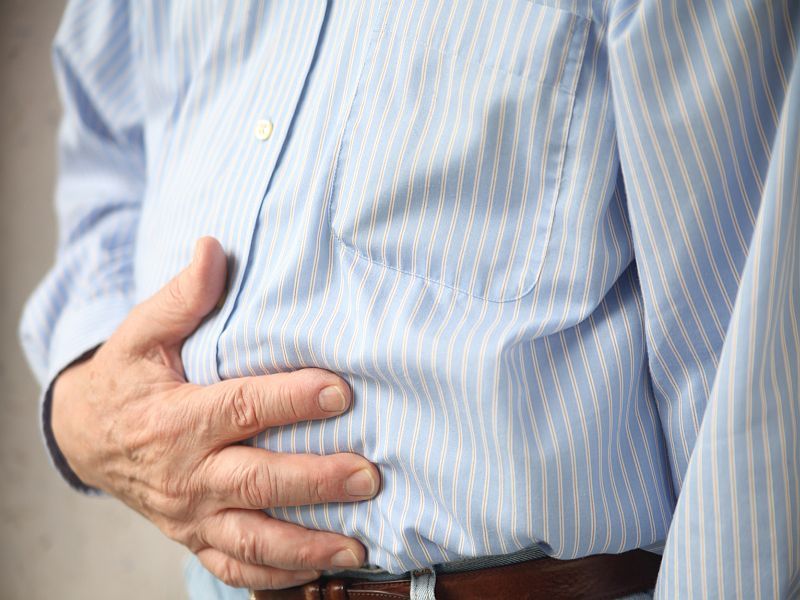 Researchers found that among more than 490,000 Americans aged 50 and up, those with gastroesophageal reflux disease (GERD) had about twice the risk of developing cancers of the esophagus or larynx (also known as the voice box).

GERD, or acid reflux, occurs when stomach acids chronically escape into the esophagus, which is the muscular tube connecting the throat and the stomach. The most common symptom is heartburn.

The condition is exceedingly common, affecting an estimated 20% of Americans, according to the U.S. National Institutes of Health (NIH).

GERD has long been established as a risk factor for esophageal adenocarcinoma, which, in the United States, is the most common type of tumor arising in the esophagus.

The new study, published Feb. 22 in the journal Cancer, links GERD to a second type of esophageal cancer -- called squamous cell carcinoma -- as well as laryngeal cancer, which arises in the voice box.

Experts stressed that the absolute risk is low: The vast majority of people with GERD will never develop the cancers, all of which are fairly rare.

"Our findings should not alarm people diagnosed with GERD," said Christian Abnet, a researcher with the U.S. National Cancer Institute who led the study.

However, worldwide, squamous cell carcinoma is actually the much more common form of esophageal cancer, he noted, which is one reason why investigating any link to GERD is important.

Why would heartburn matter when it comes to cancer?

The esophagus is not used to the "caustic" substances dwelling in the stomach and small intestine, including acids and digestive enzymes, Abnet explained.

The longstanding theory around adenocarcinoma is that chronic exposure to those substances may damage the esophageal tissue in a way that occasionally leads to cancer.

In fact, the NIH says, about 10% to 15% of GERD patients have reflux severe enough to cause abnormalities in the esophageal lining, known as Barrett's esophagus. And of people with Barrett's, the risk of developing esophageal adenocarcinoma is about 0.5% per year.

It's possible, Abnet said, that similar mechanisms could also contribute to squamous cell carcinoma in the esophagus and to laryngeal cancer.

Whether treating GERD cuts those cancer risks "remains an open question," he said.

In the United States, he noted, the major drivers of the cancers studied here are smoking and heavy drinking.

"So avoiding those exposures is the most important preventive measure," Abnet said.

The findings are based on more than 490,600 U.S. adults who were between the ages of 50 and 71 at the outset. Nearly one-quarter had GERD.

On average, Abnet's team found, people with GERD were about twice as likely to develop any of the three cancers as people without GERD. That was after accounting for smoking, drinking habits and body weight.

There are no standard screening tests for the cancers. But Campbell said people with GERD can be aware of the potential symptoms, which include: trouble swallowing, chest pain, hoarseness or voice changes, chronic cough and weight loss.

"It's important to note that having those signs or symptoms doesn't necessarily mean a person has cancer at one of these organ sites," Campbell stressed.

But, he said, anyone with GERD who notices those symptoms should talk to their doctor.

Similarly, Abnet said people with GERD symptoms should ask their doctor about lifestyle changes and/or medications that could help.

The lifestyle tactics for managing GERD include eating a healthy diet, quitting smoking and limiting alcohol, and shedding excess weight.

As it happens, Abnet noted, those same measures can help curb the risks of many different types of cancer.

The U.S. National Institute of Diabetes and Digestive and Kidney Diseases has an overview of GERD.