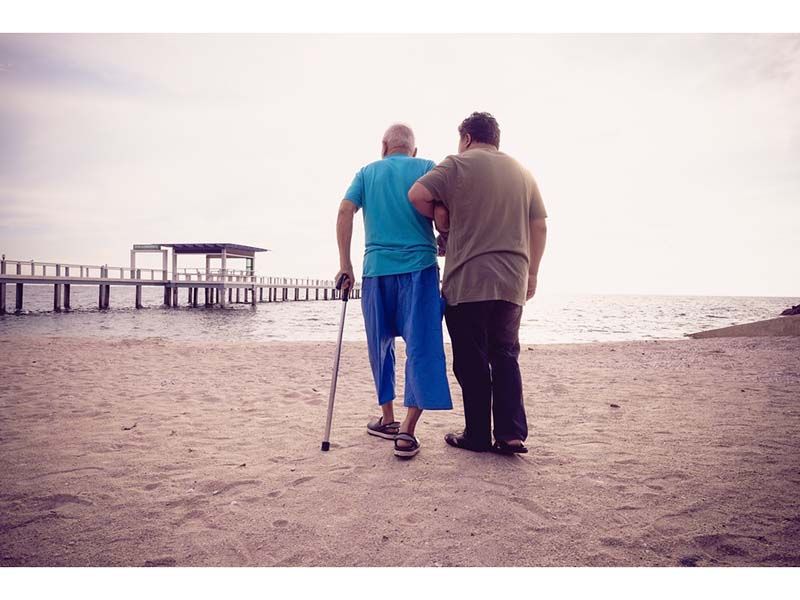 Implant May Improve Lives of Those With Serious Balance Disorder

An inner-ear implant may help people with a debilitating balance disorder get steady on their feet again, an early study suggests.

The study involved eight patients with bilateral vestibular hypofunction (BVH). The disorder arises from a problem in the balance system of both inner ears, leading to chronic dizziness and instability when standing or walking.

Researchers found that surgically implanting a device that stimulates the vestibular nerve in the inner ear improved those symptoms -- to the extent that patients could get back to exercising and gardening.

The implant borrows from the principle behind cochlear implants, which are commonly used to treat hearing loss. However, the BVH procedure is still experimental.

"Right now, we can only do this as part of a study," said senior researcher Dr. Charles Della Santina, a professor of otolaryngology at Johns Hopkins University School of Medicine in Baltimore.

The next step, he said, is to gradually expand the approach to a few other university medical centers, and gather more data on the effects for patients.

Worldwide, an estimated 1.8 million people have severe BVH, according to Della Santina.

Those patients have a high risk of falls and other accidents -- plus the social stigma of appearing intoxicated when they are simply trying to walk down the street.

Something as ordinary as going to the beach, with the uneven terrain, can be out of the question, Della Santina said.

The condition stems from dysfunction in the inner ear's vestibular system -- a network of canals filled with fluid and tiny hair-like sensors that help maintain a person's sense of balance.

In some cases, the underlying cause of BVH is unknown. Others have a specific cause, including meningitis, an inner-ear disorder called Meniere's disease, and certain medications.

Seven of the eight patients in this study had medication-induced BVH, mostly from gentamicin, an injected antibiotic.

People can learn to use visual cues and proprioception -- a sense of the position and movement of the body -- to help make up for the lost vestibular function, Chow said.

But for patients with severe BVH, that's a tall order. People tire of having to devote so much conscious effort to something as "automatic" as walking, Della Santina said.

The idea behind the implant approach is to bypass the dysfunctional inner ear cells and directly stimulate the vestibular nerve. The Hopkins team did that by modifying a traditional cochlear implant. Instead of electrically stimulating the inner ear's cochlear nerve, it activates the vestibular nerve in response to signals from a motion sensor worn on the side of the head.

In the year after having the implant surgery, patients in the study generally saw their dizziness ease and their balance and mobility improve -- on standard medical tests and in real life.

"All of them said they felt more comfortable when they were moving in their daily lives," Chow said. They were also able to return to old routines like working out and gardening, she added.

There was, however, a downside: Nearly all had some hearing loss in the ear with the implant, and for three, it was substantial.

That's a risk that will have to be balanced against the benefits, said Dr. Enrique Perez, director of otology at Mount Sinai Hospital in New York City.

Perez, who was not involved in the study, said that people with milder BVH often do well with vestibular rehab. But for those with severe cases, he said, the new findings are "exciting."

Perez cautioned that the approach is "still in its infancy," and more remains to be learned. It's likely, he said, the technology can be refined to be more effective, or the surgical techniques improved to reduce the risk of hearing loss.

Another question, Perez said, is whether the approach works well for BVH of various causes, since most of these study patients had medication-induced cases.

"We still need time to see how this will all pan out," he said.

Hopkins and Labyrinth Devices, LLC -- a company Della Santina founded -- hold royalty interests in pending and awarded patents for the vestibular implant used in the study.

The study appears in the Feb. 11 New England Journal of Medicine.

The nonprofit VeDA has more on bilateral vestibular hypofunction.