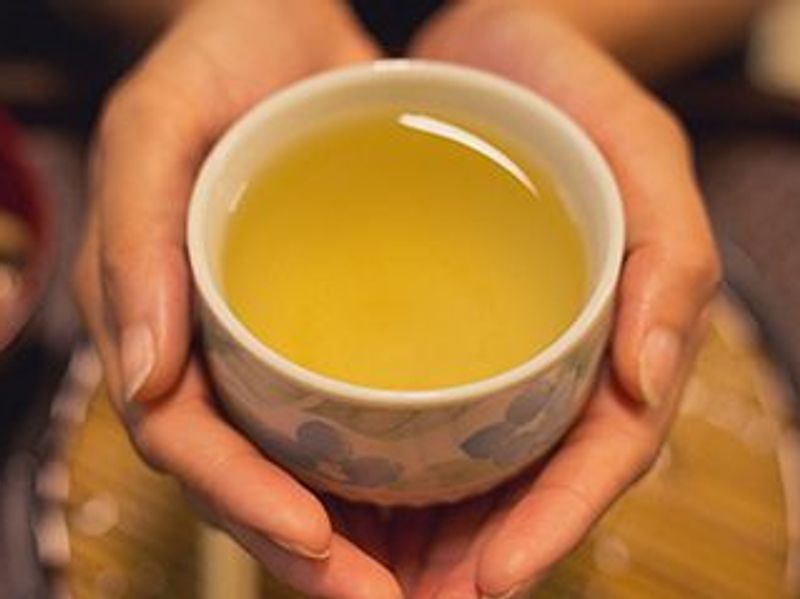 If you have had a heart attack and a stroke, you might want to stock up on green tea.

Stroke survivors who drank at least seven cups per day were 62% less likely to die during the study period, versus non-drinkers. Similarly, the risk was cut by 53% among heart attack survivors who downed that much tea.

Green tea was not the only beverage tied to longer life. For heart attack survivors -- as well as people with no cardiovascular problems -- moderate coffee intake was also linked to better survival.

The coffee benefit did not extend, however, to stroke survivors.

What does it all mean?

The findings do not prove that either beverage is a life-prolonging elixir. But they do add to evidence that plant compounds called flavonoids are good for cardiovascular health, according to Dr. Andrew Freeman.

Freeman, who was not involved in the study, is director of cardiovascular prevention and wellness at National Jewish Health in Denver.

There are no magic bullet foods, and a few cups of green tea won't "cancel out the effects of a bacon cheeseburger," Freeman said.

He stressed the importance of an overall diet low in processed foods and rich in plant-based ones -- including fruits, vegetables, beans, whole grains and vegetable oils.

That said, people would benefit from replacing sugary drinks with tea and coffee -- provided they don't load those beverages down with cream and sugar, Freeman noted.

He said brewed teas and coffee are also better options than "diet" drinks, with their artificial sweeteners.

A caveat, Freeman said, is that people sensitive to caffeine would want to be judicious, especially with coffee.

The study was led by Dr. Hiroyasu Iso, a professor of public health at Osaka University, and published Feb. 4 in the journal Stroke. It involved more than 46,000 Japanese adults aged 40 to 79 who were followed for about 20 years. The group included 478 stroke survivors and 1,214 heart attack survivors.

At the outset, the participants completed questionnaires on their diets and other lifestyle habits. By the end of the study, 9,253 people had died.

In general, the researchers found, people who drank moderate amounts of coffee were less likely to die during the study period -- especially if they had a history of heart attack. Those who drank two or more cups per day were 39% less likely to die, versus non-drinkers.

There was a smaller risk reduction among people with no history of heart problems or stroke.

Meanwhile, green tea looked protective among both stroke and heart attack survivors: The more green tea they drank, the better.

Of course, coffee and green tea lovers may be different from non-drinkers in other ways. The researchers accounted for a number of alternative explanations -- including exercise and diet habits, and whether people smoked or had high blood pressure.

Still, Freeman said there could be other, more nuanced things going on: People who have time in their day for seven cups of tea might have less stress in their lives, for instance.

It's also unclear whether findings in a Japanese population would generalize to countries with different diets, according to Linda Van Horn, an expert with the American Heart Association.

Tea drinkers in the study tended to have a healthy intake of fish and vegetables, noted Van Horn, who is also a professor of preventive medicine at Northwestern University in Chicago.

Those cautions made, Van Horn said that specific plant compounds -- in the case of green tea, one called epigallocatechin-gallate -- "are increasingly being recognized as having important anti-inflammatory cardio-metabolic benefits."

Like Freeman, Van Horn said that replacing sugary drinks with green tea would be a wise move. But she also agreed that a diet full of fruits, vegetables, fish, whole grains and "good" fats is key.

The American Heart Association has more on healthy eating.