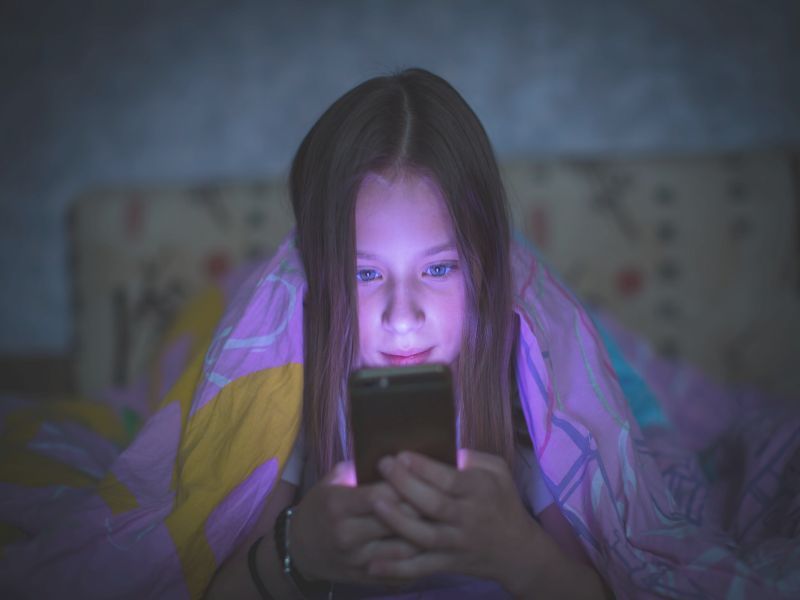 Does Parents' Nagging Kids About Screen Time Even Matter?

Parents' constant refrain, telling their teens to turn off the TV, stop playing video games or put down the cellphone, may not be necessary.

And new research suggests those worried about their kids becoming addicted to technology may even be able to breathe a sigh of relief.

The amount of time young people spend on technology -- and parental limits on that time -- had no lasting effect on technology use by young adults, according to a new study.

"We think that parenting does matter, but not for how much you're using technology," said lead author Stefanie Mollborn, a professor of sociology at the Institute of Behavioral Science at University of Colorado, Boulder.

"It matters more for things like how you feel about your technology use. Do you feel like it's a good thing? Do you feel a little bit guilty about using it? And then it matters for how you imagine you're going to use it later when you're fully in adulthood," Mollborn said.

For the study, the researchers interviewed 56 young adults (aged 18 to 30) about their teenage technology use, parental restrictions or encouragement when they were kids, and their current tech use. They also analyzed surveys that followed nearly 1,200 young adults starting in adolescence, between 2007 and 2017.

The findings offered some surprises: Setting time limits for teens had no effect on how much technology they used as young adults. Neither did barring kids from watching shows during mealtimes.

Young adults who had fewer devices in their homes while growing up or who used less technology as kids did spend slightly less time on tech as adults. But the relationship was statistically weak, the researchers said.

"They're very thoughtful about their own tech use ... and how they would like to limit it. In many cases, they wish they were limiting it more than they currently are. But as they point out, adults feel that way, too," Mollborn said.

Exactly how much time young adults spend on tech varied. Single people used more technology than married couples. College students reported spending more time with technology than they ever have or expect to in the future.

"They also have really thoughtful strategies about why they're doing what they're doing, and what could be done to reduce it later, in the future, when they want to," Mollborn said.

This study, published online recently in the journal Advances in Life Course Research, is just the most recent of the team's research on kids and technology. Their studies began after conversations with parents several years ago.

"Most of what the families wanted to talk about was the kids' technology use," Mollborn said. "They were really worried about it."

To date, little research has explored how technology use carries over from childhood into adulthood, according to the study authors.

And the new findings don't mean that everyone is free from addiction to technology or that parents shouldn't ever set limits or talk about pros and cons, Mollborn cautioned.

The young adults in this study were teens when smartphones were released and in their late teens or early 20s when tablets became popular.

In 2014, U.S. teens spent 33 hours a week using technology outside school -- up 17% from 2002, according to the report. The mobility and speed of devices has also changed quite a bit over time.

"It really looks like ultimately the impact is fairly minimal," said Dr. David Hill, immediate past chairman of the American Academy of Pediatrics Council on Communications and Media. "I find that very reassuring, because as a parent what I'm trying to get to is a happy functional adult, right? That's kind of the end game of parenting."

Of course, the pandemic has influenced screen time for many people -- parents and kids alike.

"I know for my own kids, they have had to increase their utilization of various forms of screen media to stay in touch with their friends," said Hill, a Goldsboro, N.C., pediatrician.

When parents of his patients express concern about a child's behavior or mood, Hill said he tries to learn how screen time might be affecting that.

"Electronic media represent among the most powerful tools ever developed for human communication and entertainment. When screen use is contributing to success in school and emotional and physical health, I'm happy," Hill said. "If kids are suffering anxiety, depression or poor sleep due to the way or amount they're using screens, I counsel them to change."

The Pew Research Center offers another look at teens and technology.