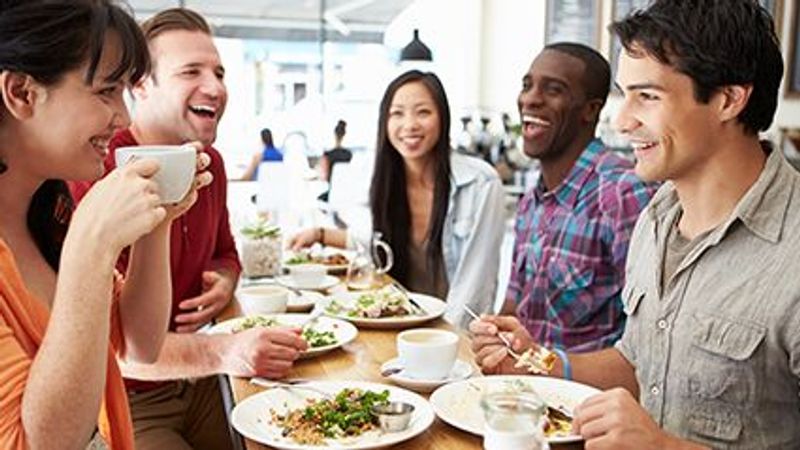 No doubt you've heard friends lament they couldn't eat bread because they were on the Keto diet, or maybe it was Paleo, or a low-carb plan or perhaps they were forgoing gluten. It's hard to keep track.

That's because lots of Americans are following a special diet. On any given day, about one in six Americans reports eating a "special" diet, a new U.S. government study finds.

A special diet may be a diet to lose weight or one aimed at improving health, such as a lower-carbohydrate diet for someone with diabetes, or avoiding gluten for someone who has Celiac disease.

"About one-half of U.S. adults have diet-related chronic diseases, such as cardiovascular disease, high blood pressure or type 2 diabetes. Special diets are one way that many adults prevent, treat and manage such diseases," wrote the research team led by Dr. Bryan Stierman. He's from the U.S. National Center for Health Statistics (NCHS).

But if you're healthy and don't have a chronic illness, you probably don't need a special diet, said registered dietitian Liz Weinandy. She works at the Ohio State University Wexner Medical Center in Columbus.

Even if you need to lose weight -- as many Americans do -- "dieting, in general, doesn't work," Weinandy said. "Diets usually do not lead to success in the long term because they don't produce behavior changes. It's better to look at your overall eating patterns: Are you eating a lot of highly processed foods? Do you eat lots of fruits and vegetables? And then try to develop healthier patterns," she advised.

"That's probably not the answer most people want to hear. It may seem too general to say follow a healthy pattern, eating mostly fruits, vegetables and whole grains while not eating too many processed foods. People may be looking for more specific rules and guidelines to follow. And the multibillion-dollar diet industry provides them," Weinandy said.

The study found that more than 9% of Americans aged 20 and older were on a weight-loss or low-calorie diet. Just over 2% said they were following a diabetes diet, and another 2% said they were eating low-carb. Nearly 2% reported eating a low-fat or low-cholesterol diet.

During 2015 to 2018, women were slightly more likely than men to say they were following a special diet.

White people were the most likely racial or ethnic group to follow a special diet (18%). Around 16% of Hispanics said they had followed a special diet, followed closely by about 15% of Black and Asian adults.

Registered dietitian Katrina Hartog is clinical nutrition manager at Lenox Hill Hospital in New York City. She said, "While the data and information presented in the report can be useful in noting that adults are making attempts to follow special diets that can ultimately modify their risk for chronic disease, there is still more information needed to draw any major conclusions."

Hartog said the word diet typically refers to a "temporary and restrictive program of eating in order to lose weight."

Not everyone following a special diet is doing so to lose weight, though. Weinandy said there are people who do need to follow more restrictive diets for their health. She said ketogenic diets can be helpful for people with epilepsy. People with Celiac disease or a gluten intolerance need to avoid the wheat protein. People who are allergic to certain foods need to avoid eating them, and people with irritable bowel syndrome often benefit from removing some foods from their diet.

Weinandy said it's best to work with a dietitian to make sure you don't cut important nutrients out of your diet entirely.

The study was published Nov. 3 in the U.S. Centers for Disease Control and Prevention's NCHS Data Brief.

The American Heart Association offers advice on how to eat well without dieting.