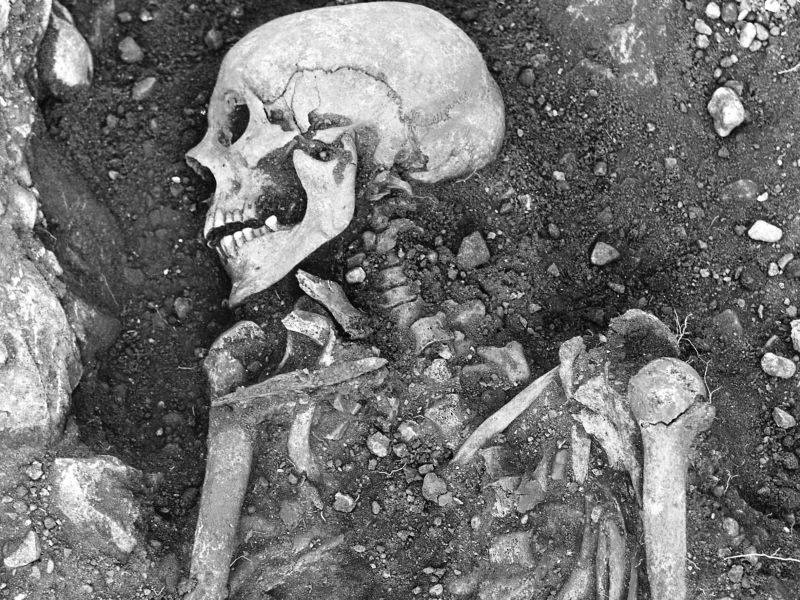 Skeletons May Put Blame on Vikings for Smallpox' Spread

The Vikings had smallpox and may have spread it wherever they ventured, scientists report.

That conclusion stems from an examination of teeth from 1,400-year-old Viking skeletons that contained extinct strains of smallpox. The genetic structure of those strains differed from that of the modern smallpox virus eradicated in the 20th century, the researchers found.

"We already knew Vikings were moving around Europe and beyond, and we now know they had smallpox," said lead researcher Eske Willerslev, a supervisor in zoology at St. John's College at the University of Cambridge in the United Kingdom.

"People traveling around the world quickly spread COVID-19 and it is likely Vikings spread smallpox. Just back then, they traveled by ship rather than by plane," Willerslev added.

Historians had suspected that smallpox has existed since 10,000 B.C., but they had no proof that it was around before the 17th century. Sequencing its earliest-known strain proved that it existed during the Viking Age, according to researcher Martin Sikora. He's an associate professor at the University of Copenhagen's Center for GeoGenetics, in Denmark.

"While we don't know for sure if these strains of smallpox were fatal and caused the death of the Vikings we sampled, they certainly died with smallpox in their bloodstream for us to be able to detect it up to 1,400 years later," Sikora said. "It is also highly probable there were epidemics earlier than our findings that scientists have yet to discover DNA evidence of."

Dr. Terry Jones, of the Institute of Virology at Charité-Universitätsmedizin Berlin, in Germany, said many mysteries about pox viruses remain.

"To find smallpox so genetically different in Vikings is truly remarkable. No one expected that these smallpox strains existed. It has long been believed that smallpox was in Western and Southern Europe regularly by 600 A.D., around the beginning of our samples," Jones said.

The researchers have proved, Jones added, that smallpox was also widespread in Northern Europe.

"Returning crusaders or other later events have been thought to have first brought smallpox to Europe, but such theories cannot be correct," Jones said. "While written accounts of disease are often ambiguous, our findings push the date of the confirmed existence of smallpox back by a thousand years."

The findings were published July 23 in the journal Science.

There's more about smallpox at the U.S. Centers for Disease Control and Prevention.