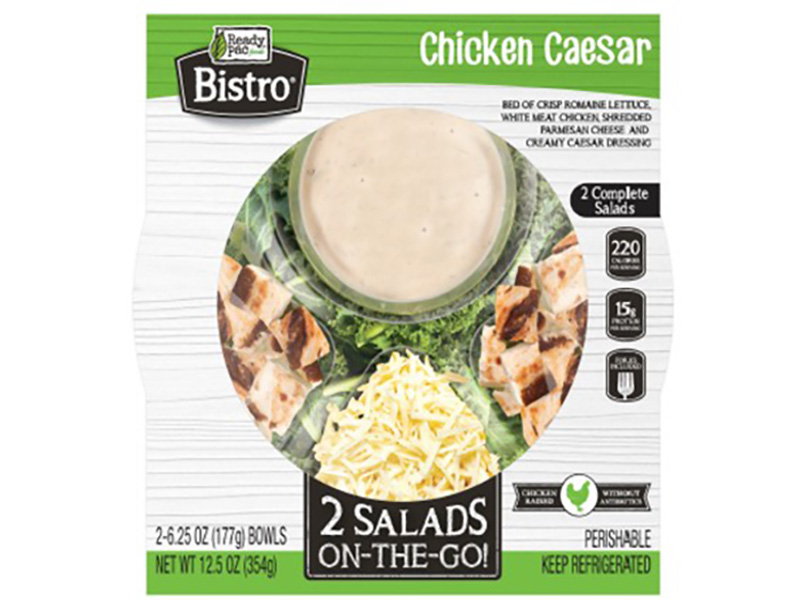 A brand of packaged Caesar salad is an early suspect in an outbreak of E. coli that's sickened 17 people in eight states, the U.S. Centers for Disease Control and Prevention announced Wednesday.

Seven people have been hospitalized after infection with a strain of E. coli 0157:H7, including two who developed kidney failure, the agency said in a news release. No deaths have been reported.

The source of the outbreak has not yet been confirmed, but the Maryland Department of Health found E. coli in an unopened package of the salad in the home of one of the Maryland patients.

Bonduelle Fresh Americas, which makes the salad, said Wednesday that what is being investigated is Ready Pac Foods Bistro Chicken Raised Without Antibiotics Caesar Salad and that it was sold only at Sam's Club.

It also said that ill people in Maryland reported eating the salad, but patients in other states did not initially report eating this particular salad. State health officials are interviewing patients to find out what they ate.

So far, Wisconsin has the most reported cases at six, followed by Idaho with three, California and Maryland with two each, and Arizona, Colorado, Montana and Washington with one each.

This investigation is ongoing and updates will be provided when more information becomes available, the CDC said.

For now, the agency is advising people not to eat the salad and to throw away any of the salad they might have at home. "The packages are marked with lot number 255406963," the CDC added. The UPC number on packaging is 7774527249.

Symptoms of E. coli infection -- which develop a few days after swallowing the germ -- typically include diarrhea (often bloody), severe stomach cramps and vomiting. People who develop such symptoms should contact their doctor, the CDC said.

Most people do recover within a week, the agency said, but some illnesses can last longer and be more severe.

The U.S. Centers for Disease Control and Prevention has more on E. coli.