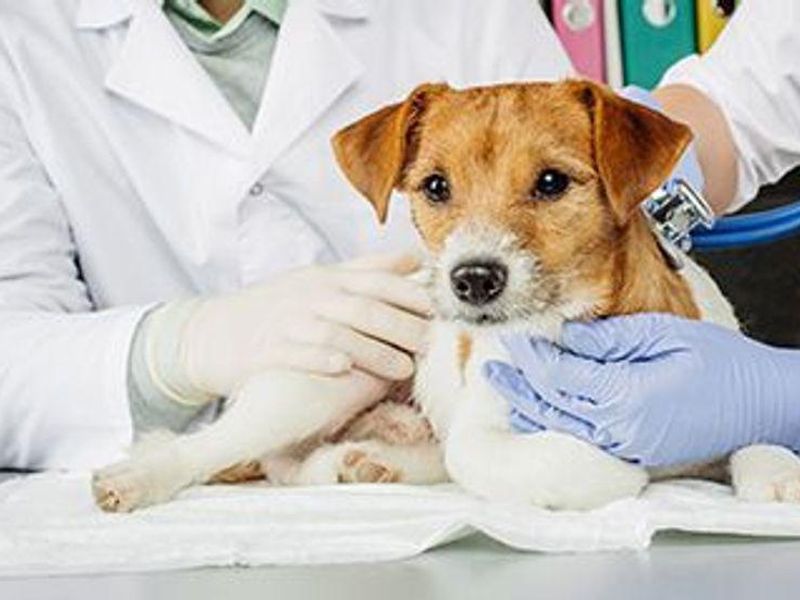 At a veterinary clinic in the United Kingdom, the staff noticed a sudden and atypical increase in cats and dogs who were experiencing myocarditis, an inflammation of the heart muscle.

Was it a coincidence that these animals were showing up severely ill from a condition that has been linked to COVID-19 just as the highly contagious Alpha variant was circulating?

The study was small, but it found that dogs and cats can be infected with the Alpha variant of COVID-19. Many of the owners of these pets had respiratory symptoms several weeks before their pets became ill and had tested positive for COVID-19.

"They were all critical patients, so the presentation was very dramatic. They needed intensive care, so they were in hospital for a few days," said study author Dr. Luca Ferasin, head cardiologist at The Ralph Veterinary Referral Centre in England.

Luckily, most of the pets rebounded.

"All of them improved and made a remarkable improvement back home, with the only exception of one cat that had a relapse of the arrhythmia and was eventually put asleep," Ferasin said.

While myocarditis isn't a new disease for dogs or cats, the number of cases had increased at the vet clinic between December 2020 and February 2021, Ferasin said. When the veterinarians learned about the owners having been infected with COVID-19, they started to wonder if there was a relationship between the human COVID-19 infections and the pets' myocarditis.

"It is quite compelling that there was an infection in the household and then a few weeks later, clinical signs appear in our pets," Ferasin said. "The big difference was that while the owners were experiencing respiratory signs with fever and typical signs of COVID, our pets were presented primarily with a heart disease."

It is possible that pets with other symptoms may not have been seen by these doctors, whose focus was cardiology, Ferasin said.

"It looks like the virus can only be passed from humans to pets and that's probably a very important message, to avoid the sort of a panic reaction in response to this publication," Ferasin said. "We don't want people to think that they may catch COVID from animals. It's probably more likely the other way around."

Dr. Jose Arce, president of the American Veterinary Medical Association, reiterated the message that the cases seem to be spreading from humans to animals.

"While COVID is primarily a human disease, there are documented cases of COVID infections in animals," Arce said, noting that this includes wildlife in zoos, domestic pets, and the animals at mink farms.

In most cases, the animals have very mild disease, Arce said. Like with humans, those who are immunocompromised might develop more severe symptoms.

Pet owners can protect their furry friends with the same kinds of precautions that protect other humans around them including washing hands thoroughly, especially before touching the pet, and wearing a mask.

Masks should not be put on pets because they're not made to be safe for them, Arce said.

If possible, someone who has COVID-19 should try to avoid contact with their pet if there is another person who can care for the animal, Arce said.

But, "if you're positive and you want to board your dog in the hospital, don't just show up in the door. Call ahead of time, so we can take the necessary precautions," Arce added.

A pet that travels back and forth between a part of the house where someone quarantining with COVID-19 is living and another part where there are people who are not ill could bring the virus between the two groups on its coat, so Arce also cautioned against having pets travel between ill and healthy family members.

If you or someone in your house is COVID-positive and your dog starts showing signs of illness, "call your veterinarian. Have the conversation," Arce said.

Signs of myocarditis in the pets included difficulty breathing, but unlike humans where the difficulty breathing may be from a lung infection it was from the accumulation of fluid in the lungs, known as pulmonary edema or congestive heart failure. Some of the pets in the study had fainted because of the underlying abnormal heart rhythm. They all had lethargy and appetite loss.

Arce also noted that symptoms could include fever or gastrointestinal issues.

"The percentage of myocarditis cases has dropped again, starting from April this year," Ferasin said. "So, we believe that it was that wave of the Alpha variant that caused that surge of myocarditis cases. Probably it is no longer a big issue, but it's important for vets in particular to be aware of this possibility."

The U.S. Centers for Disease Control and Prevention has more on COVID-19 and pets.