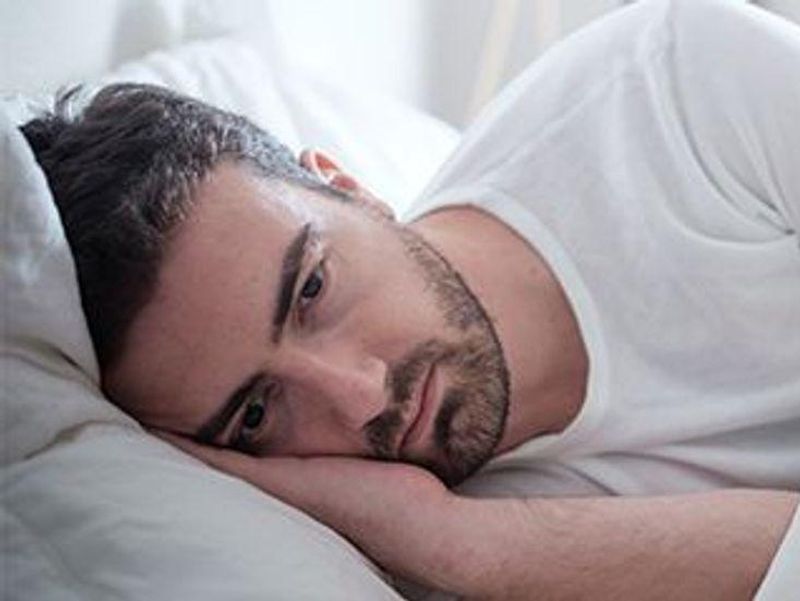 In a study of about 70,000 adults, researchers found that people with a genetic predisposition to insomnia were at somewhat higher risk of a brain aneurysm. An aneurysm is a weak spot in an artery wall that bulges out and fills with blood. In some cases, it can rupture and cause life-threatening bleeding.

Brain aneurysms are seen in about 3% of adults worldwide, according to the American Heart Association (AHA). The vast majority do not rupture, but about 2.5% of them do.

About 25% of people who suffer those brain bleeds die within 24 hours, according to the U.S. National Institutes of Health.

It's not always clear why people form brain aneurysms. However, family history, smoking and high blood pressure are the primary known risk factors, said Dr. Larry Goldstein, a volunteer expert with the AHA and chair of neurology at the University of Kentucky.

Goldstein, who was not involved in the new study, said it reinforces smoking and high blood pressure as key risk factors.

Both were linked to a threefold increase in the risk of brain aneurysm. Insomnia, meanwhile, was tied to a significantly smaller increase in risk, at 24%.

According to Goldstein, there is no obvious explanation for why chronic sleep loss would contribute to brain aneurysms.

"The association is a bit unexpected, because it has not been seen in other studies," he said. "It needs to be verified by further research."

Senior researcher Susanna Larsson agreed that more work is needed to understand what is going on.

"As this finding was novel, there is a need for studies exploring the potential mechanisms behind the association," said Larsson, an associate professor at the Karolinska Institute, in Stockholm.

The study, published online Nov. 3 in the Journal of the American Heart Association, used genetic data from a large population of European adults. They included over 10,000 people who either had a brain aneurysm or had suffered a ruptured aneurysm. The researchers compared them with over 59,000 people with no known brain aneurysms.

Overall, people who carried gene variants that raise the odds of high blood pressure, smoking or insomnia were all at greater risk of brain aneurysm, versus people without those genetic vulnerabilities.

It's not known how many of those individuals actually had the conditions, Larsson noted, just that they were genetically predisposed.

Meanwhile, there was only "weak" evidence that genetic vulnerability to obesity, high triglycerides (blood fats) or physical inactivity were related to higher aneurysm risk.

The main take-away is that blood pressure control and smoking cessation are still the best ways to limit aneurysm risk, both Larsson and Goldstein said.

"If you smoke, stop," Goldstein said. "And if you live with someone who smokes, get them to stop."

Regular exercise and a healthy diet, along with medication when needed, will help reduce blood pressure. And all of those things together, Goldstein noted, will not only curb the risk of aneurysm, but a host of other, more common ills — including heart disease, kidney disease and many cancers.

Typically, people do not know they have a brain aneurysm unless it ruptures — the signs of which include a sudden, severe headache; double vision; and nausea.

But unruptured aneurysms are sometimes detected incidentally, Goldstein said, during brain imaging tests done for other reasons. In some other cases, the aneurysm causes symptoms — like pain behind the eye — that lead to its detection.

Risk factor control is especially critical for people with known aneurysms, Goldstein said. And depending on the individual circumstances, surgery may be recommended to reduce the risk of a rupture.

For now, it's not clear that addressing insomnia would have any impact on aneurysm risk, Goldstein said. But the AHA says there is a link between poor sleep and high blood pressure, and that in general, treating sleep disorders may help with blood pressure control.

The U.S. National Institute of Neurological Disorders and Stroke has more on brain aneurysm.