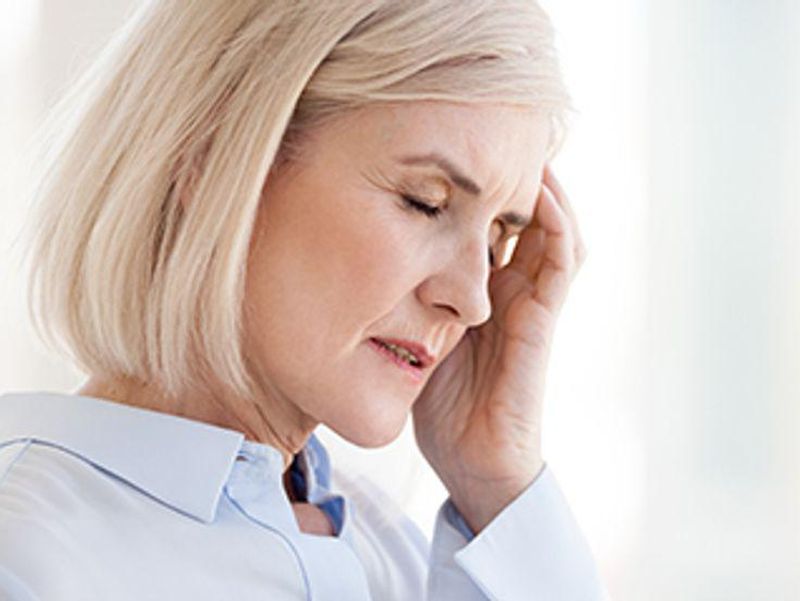 A new pill specifically designed to prevent migraines appears to do the job, a new clinical trial finds.

Atogepant cut patients' migraine days in half over 12 weeks of treatment, without causing serious side effects, the researchers said.

Experts said the drug, if approved by the U.S. Food and Drug Administration, would give migraine sufferers a welcome new option.

In the United States alone, more than 37 million people suffer from migraines, according to the American Migraine Foundation. Besides intense head pain, the condition often causes symptoms like nausea, visual disturbances, and sensitivity to light and sound.

Doctors have long prescribed a number of oral medications for migraine prevention. The problem is, they are not "migraine-specific," said Flippen, a fellow of the American Academy of Neurology who was not involved in the new study.

Instead, the drugs are borrowed from arsenals used to treat other conditions, including high blood pressure, depression and seizures. They can help prevent migraine attacks in some patients, but were not designed to target the condition.

Atogepant works by blocking cell receptors for CGRP, a small protein that is released by the trigeminal nerve during migraine attacks. It's believed to play a key role in generating migraine misery.

Atogepant is not the first migraine drug to target CGRP, however. There are other "gepants" used for treating migraines-in-progress. And in May, one of them, rimegepant, had its approval expanded to include migraine prevention.

There are also several CGRP inhibitors, all taken by injection, that have been approved for preventing migraines in the past several years.

"This is a very different time in headache medicine compared with a decade ago," said Dr. Jessica Ailani, lead researcher on the new trial.

Having another preventive drug that targets CGRP, taken by pill, would give patients one more option.

For the study, she and her colleagues recruited more than 900 migraine patients and randomly assigned them to one of four groups. One group received placebo (inactive) tablets, while the other three received different doses of atogepant.

Over 12 weeks, patients on the drug saw a bigger reduction in their migraines compared to the placebo group. On average, they went from having seven to eight "migraine" days per month, to three to four days.

"And quite a large portion of patients had a significant reduction," Ailani said.

Of patients on the highest medication dose, 61% had at least a 50% drop in monthly migraine days over three months, the findings showed.

As for side effects, the most common issues were constipation and nausea, which affected about 15% of patients on the highest dose.

The study -- published Aug. 19 in the New England Journal of Medicine -- was funded by Allergan, the company that was developing atogepant before it was acquired by AbbVie.

In March, AbbVie said the FDA had accepted its application to approve atogepant, and it expected a decision later this year.

Dr. Matthew Robbins, a neurologist at Weill Cornell Medicine and NewYork-Presbyterian in New York City, agreed that the more preventive options, the better.

"Migraine is so common, but so multifactorial, there's never been a treatment that works well universally," said Robbins, who reviewed the findings.

He noted that the study did not include people with chronic migraines, which strike on at least 15 days per month. Injection CGRP inhibitors, Robbins said, have been shown to help those patients.

Ailani said atogepant is being studied for preventive treatment of chronic migraine.

Longer, larger studies are still needed, all three doctors said. One question, Robbins said, is whether any rare medical complications can arise with long-term treatment in some patients.

Since older preventive medications have a lot of data behind them -- and are available as cheap generics -- it's unlikely that CGRP drugs will become the first choice for preventive treatment, he noted.

But for patients who don't respond to older drugs, or cannot tolerate the side effects, the newer "designer" medications offer an alternative, Robbins said.

All three doctors said they'd seen CGRP inhibitors work for long-time migraine sufferers who had failed to get relief from older treatments.

The Migraine Trust has more on migraine prevention.