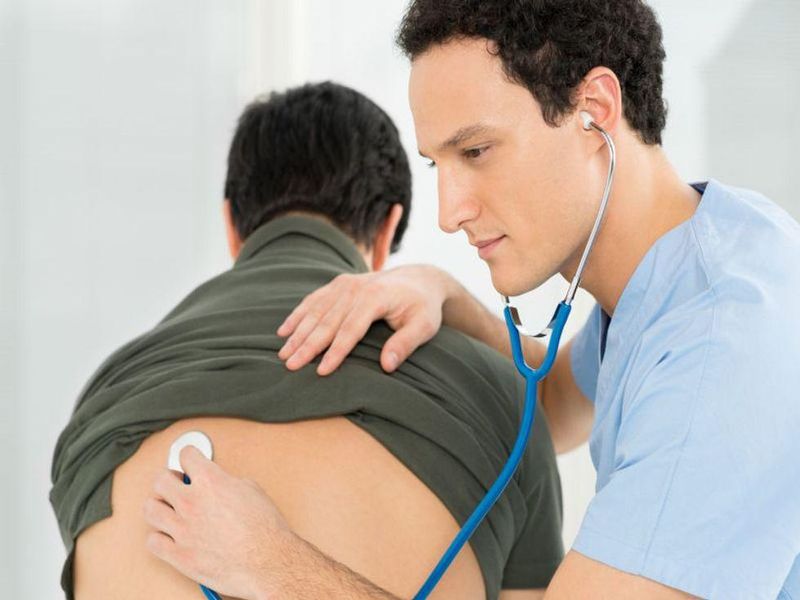 The health of your lungs may have a lot to do with the size of your bank account, a new, large study indicates.

The finding follows a six-decade look at lung disease risk among more than 215,000 American children and adults.

In general, poorer Americans continue to have worse lung health than their wealthier peers. In some cases, the gap between rich and poor is widening.

"We examined long-term trends in socioeconomic inequalities in Americans' lung health," explained study lead author Dr. Adam Gaffney. "Specifically, we looked at the prevalence of lung symptoms like shortness of breath, lung disease diagnoses like asthma or COPD [chronic obstructive pulmonary disease] and lung volumes." (The latter refers to the amount of air retained in the lungs during different phases of breathing.)

The bottom line: "Differences in lung health between rich and poor Americans have persisted over the last six decades, and, in some instances, actually gotten bigger," said Gaffney, an assistant professor in medicine at Harvard Medical School and a pulmonary and critical care specialist at the Cambridge Health Alliance in Boston.

The study appears in the May 28 issue of JAMA Internal Medicine.

Investigators pored over survey data amassed by the U.S. Centers for Disease Control between 1959 and 2018. Participants ranged in age from 6 to 74.

The surveys asked about smoking habits and lung health. Lung function testing was also carried out.

After matching responses to income and educational background, the study team concluded that while wide disparities in lung health existed in the 1960s, by certain measures gaps in risk have expanded.

One stark example: smoking. Gaffney and his colleagues note that smoking behavior actually bore little connection to income level prior to the 1980s. But the team found a markedly changed landscape over time, with the richest Americans the main beneficiaries: Their smoking rate plummeted from about 63% in 1971-1975 to just 34% by 2018.

By contrast, during the same time frame smoking rates basically held steady at 56% to 58% among the bottom fifth by income.

By other yardsticks, in the early 1970s about 45% of the poorest Americans reported shortness of breath when exerting themselves. Today that figure hits about 48%.

But only 26% of the wealthiest Americans said the same back then, and today that figure holds at just 28%.

And while asthma risk among children has risen regardless of income, it has gone up more dramatically among the poor. Today just 7% of the nation's wealthiest kids struggle with the breathing disorder, compared with nearly 15% of the country's poorest children.

Among adults, a longstanding wealth gap in terms of COPD risk and lung volume health has also gotten worse, the team observed.

"There is a growing class divide in tobacco use in the U.S. that explains some, but not all, of the differences we saw," said Gaffney. "Other factors, like unequal exposure to air pollution or unclean working conditions, or inequitable access to health care, may contribute as well."

"Overall, our findings suggest that even though air pollution has improved in recent decades, and access to health care widened, the means of good lung health are not being equally enjoyed by all Americans," Gaffney added.

Although the study was conducted before COVID-19 emerged, Gaffney said the pandemic has highlighted the health divide for millions of disadvantaged Americans. Long-standing inequalities in lung health left many people vulnerable to COVID pneumonia, he noted.

Dr. Sarath Raju, co-author of an accompanying editorial, wasn't surprised by the findings. However, "it is still profound to see the breadth of such disparities and how they have only continued to grow over the years," he said.

"These disparities in lung health are likely to have a profound impact for people of all ages across the United States if steps are not taken to address them," noted Raju, an assistant professor of medicine in pulmonary and critical care medicine at Johns Hopkins University in Baltimore.

Raju said making tobacco cessation and prevention resources more affordable would be one helpful move. But he cautioned that much more research will be needed to better understand the racial, environmental and institutional forces at play.

There's more on lung health at the American Lung Association.