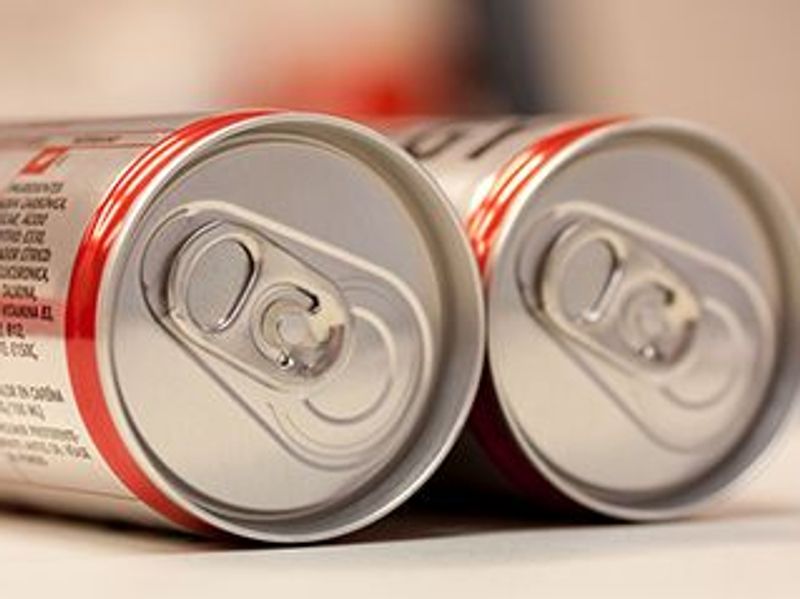 Energy drinks provide millions with a quick, caffeinated boost, but one young man's story could be a warning about overconsumption, experts say.

In the case of the 21-year-old, daily heavy intake of these drinks may have led to life-threatening heart and kidney failure, British doctors reported April 15 in BMJ Case Reports.

The young man reported drinking an average of four 500-milliliter cans of energy drink every day for about two years. The cans each contained about 160 milligrams of caffeine, as well as a protein known as taurine.

Over a four-month period he developed a worsening shortness of breath whenever he exerted himself, breathlessness while lying down and some weight loss. He also said he had bouts of indigestion, tremors and palpitations in the past, but had not sought medical help for those issues. He became so ill he said he'd had to drop out of college.

In the end, the unnamed young man was admitted to a hospital intensive care unit, his doctors said.

Doctors found that he had both heart failure and kidney failure, at levels so severe that he was considered for a dual organ transplant.

Though the patient is still likely to need a kidney transplant because of an unrelated condition, his heart symptoms have improved over time.

"However, it is difficult to predict the clinical course of recovery or potential for relapse," stressed a research team led by Dr. Andrew D'Silva, a cardiologist at Guy's and St. Thomas' NHS Foundation Trust at St. Thomas' Hospital, in London.

The authors of the case report said the man's case adds to a growing body of evidence suggesting that too many energy drinks can harm the cardiovascular system.

How might they do so? According to D'Silva's group, these caffeine-heavy drinks could overstimulate the body's sympathetic nervous system, raising blood pressure and triggering heart rhythm abnormalities.

"Clear warnings should be provided about the potential cardiovascular dangers of energy drink consumption in large amounts," the U.K. doctors concluded.

Speaking in a journal news release, the patient himself said he believes "there should be more awareness about energy drinks and the effect of their contents. I believe they are very addictive and far too accessible to young children."

Two U.S. experts who weren't involved in the research said the man's case didn't surprise them.

Dr. Michael Goyfman directs clinical cardiology at Long Island Jewish Forest Hills, in New York City. He said, "While there have not been any large-scale studies evaluating the cardiac effects of energy drinks, multiple case reports such as this one and case series have suggested that if taken in excess, particularly with alcohol, these drinks may contribute to adverse cardiac events."

Goyfman said that, as of now, there's no need for any ban on energy drinks, just more guidance on how much consumption is too much.

"What is important to remember is that 'normal' as opposed to excessive consumption of energy drinks, such as no more than one per day, will likely not lead to significant adverse effects," Goyfman said. "I don't think there is enough evidence currently to ban such drinks outright, merely to use common sense and the adage, 'everything in moderation.'"

But Hirsh wondered if the problem is larger than doctors realize.

"For the many patients who present with heart failure of unknown cause, asking patients about their consumption of artificially processed drinks may provide the reason for the heart failure," Hirsh said. "[It's] a question physicians currently do not ask of their patients."

The American Heart Association has more on energy drinks' impact on the heart.