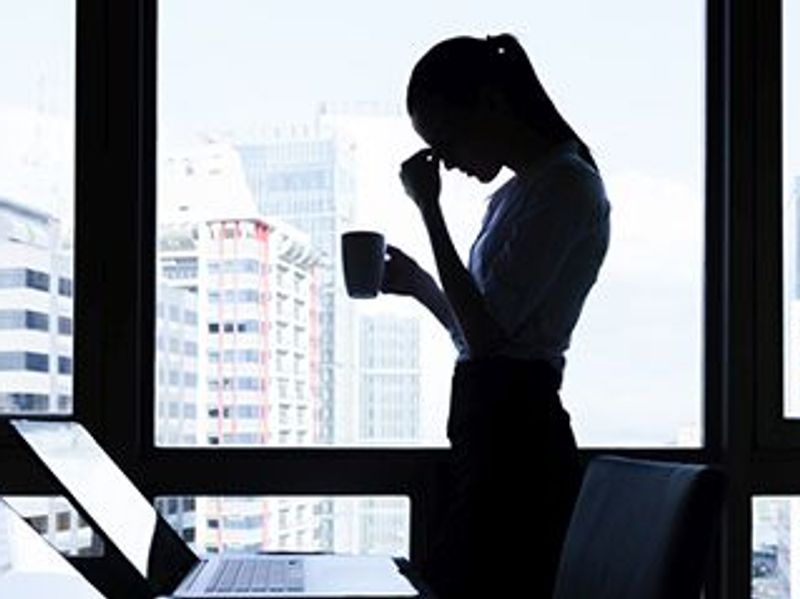 Midnight snacks might feel satisfying in the moment -- but they can also knock people off their game at work the next day, a new study suggests.

The study, which followed nearly 100 employees, found a connection between "unhealthy" eating in the evening and under-performance at work the next day.

In general, people tended to be disengaged at work when they felt they'd overindulged the evening before -- by eating too many calories, having junk food, or snacking late into the night.

And there seemed to be both physical and emotional reasons, researchers found: Sometimes the work malaise was related to stomach pains and headaches; other times people felt guilty about their eating choices.

It's the latter finding that's particularly interesting, according to researcher Seonghee "Sophia" Cho, an assistant professor of psychology at North Carolina State University.

The fact that junk food at midnight can lead to indigestion the next morning -- and less-than-stellar work performance -- is "intuitive," she said.

But these findings also imply that people's "self-blaming" over food can seep into their work life, Cho said. And it's not as easy to connect those dots, she noted.

Even when it comes to research, there has been little attention paid to the short-term effects of food choices on work performance. That's in contrast to other lifestyle habits like sleep (or lack thereof) and physical activity, Cho said.

"Here we were asking: Does unhealthy eating have an immediate effect?" she said.

It appeared to -- though, unsurprisingly, it's complex.

For one, midnight snacking did not bother everyone, the study found. People who scored higher on a measure of "emotional stability" tended not to feel guilty over food choices, and their work didn't suffer.

There's also a question of where the "chain" begins, according to Colleen Tewksbury, a researcher at the University of Pennsylvania's Perelman School of Medicine.

That is, did those midnight cookies trigger the cascade of negative emotions, or did people eat in response to stress -- and that snowballed the next day?

But the bottom line, Tewksbury said, is that while food itself is "morally neutral," people can have emotions and judgments around it.

And when they feel guilty about diet choices, those feelings don't exist in a vacuum.

"The negative feelings don't just stop there," said Tewksbury, who is also a spokeswoman for the Academy of Nutrition and Dietetics. She was not part of the study.

The findings -- published recently in the Journal of Applied Psychology -- are based on 97 full-time workers who kept daily diaries for two weeks.

Before work each day, they answered questions about their physical and emotional well-being. At the end of the day, they noted what they'd done at work, and each night they reported on their after-work eating habits.

When people said they'd downed "too many" calories, junk foods or late-night snacks, that was considered unhealthy eating.

In general, the study found, people tended to be withdrawn at work if they'd reported unhealthy eating the night before. "Withdrawn" included issues like taking longer-than-normal breaks, falling asleep on the job, or leaving early.

It's possible, Cho said, that poor sleep was a factor. If heavy meals before bed disrupted people's sleep, that could make them feel worse both physically and mentally in the morning.

Late-night snacks are not "inherently bad," Tewksbury said. It's the context that matters, she emphasized: Why are you eating? What are you eating, not only at night but throughout the day? And what other lifestyle choices are you making?

The new findings, Tewksbury said, reinforce the message that stress, emotional responses, lifestyle habits and work performance are all "intertwined."

"Adjusting one thing will also impact the others," she said.

Cho agreed that evening snacks are not bad, in and of themselves -- and the point here, she said, is not to worsen people's guilt over midnight munching.

But, she said, people are not always aware of the connections between food and emotions, so it's good to have that knowledge. And if you are sometimes feeling off at work, Cho said, it might be useful to think about your eating habits the night before, and how you felt in the morning.

The Academy of Nutrition and Dietetics has advice on late-night eating.