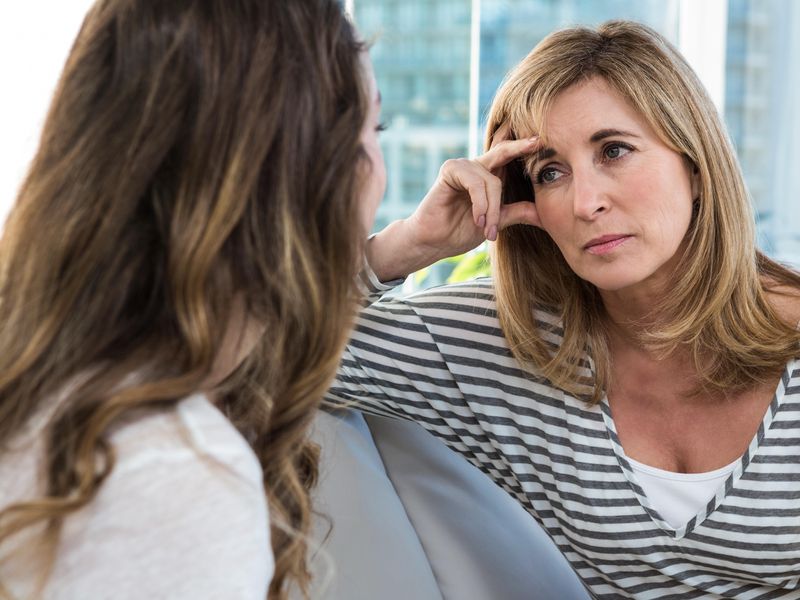 When Genes Raise a Mom's Risk for Cancer, Is It OK to Tell Kids?

It's important to talk to kids about family health risks, but the impact of sharing this kind of information has been unclear.

It's probably safe, according to a new study, but how are you supposed to do it -- and when?

Researchers found that kids generally have no problem coping when cancer risk information is shared with them. But it's not uncommon for parents to struggle with communicating the news.

"We often tell parents sometimes conversations happen when you least expect them, like in a car ride to a sporting event or a family gathering," said study co-author Beth Peshkin, director of genetic counseling at Georgetown University's Lombardi Comprehensive Cancer Center in Washington, D.C.

There are also natural opportunities to talk about these serious issues -- for instance, around the time of Mom's annual mammogram. For that reason, it's important to ask yourself the big questions ahead of time.

"When do you see yourself sharing this info? How would you feel if your kid asked or found out about it around you?" Peshkin said, adding that it's important to consider a child's mental development and to decide whether and what to share on a case-by-case basis.

"Particularly with younger kids, give them a little bit and see if they want more," she said.

This study included 272 teens and young adults -- 76.1% had a mother who had survived breast or ovarian cancer, and 17.3% had mothers who tested positive for the BRCA gene, putting them at risk for those two cancers.

"To me the biggest takeaway is that knowledge and information is power," said Kelsey Largen, a clinical pediatric psychologist whose work focuses on cancer and blood disorders at Hassenfeld Children's Hospital at NYU Langone in New York City.

"By learning this knowledge about their parents, these children then have the opportunity to make changes to their lifestyle of prepare for a challenge ahead. I think that's always beneficial," said Largen, who wasn't involved with the research.

But the study, published July 21 in Pediatrics, also found that even when kids were presented with this information, it wasn't likely to change their behavior. Knowledge about the cancer risk didn't stop them from smoking and didn't prompt them to drink less or exercise more.

"The takeaway for us was that even though we didn't see overall changes in what kids were doing when it came to smoking, alcohol use or exercise, that there was awareness," Peshkin said. "I think that's key to capitalizing on this. Maybe they weren't given any tools or any formal way to explore how to resolve this."

While more research is needed, clear pathways to take action after the news is revealed could be a way to change future behavior.

"If I were talking to a young adult whose parent found they have this mutation, I would look at it in terms of coping. To say, 'You don't have this [illness] right now, but if you were to face this, there are resources available to you if this should happen in the future. We can talk about how you can use these coping skills to deal with challenges as they arise,'" Largen said.

"As a psychologist that's what I would think about," she said. "How are they coping with the news? How can we help them prepare emotionally?"

But ultimately, it's a good sign that kids are resilient and able to handle important information. Parents shouldn't avoid it or opportunities to talk -- kids will be OK.

"We're often trying to convince parents to share information with their child when it comes to cancer, because we know the more information [the kids] have the better they cope," Largen said.

The American Cancer Society has more about cancer risks.