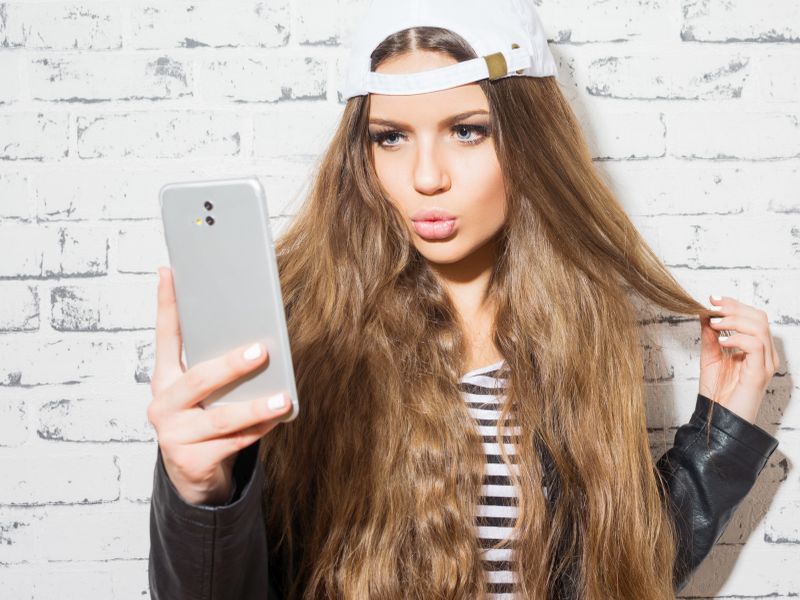 With the advent of smartphones came the rise of selfies, shared daily by "like"-seeking millions across social media.

But a small new study suggests that, unlike photos taken with regular cameras, smartphone selfies distort facial features in a not-so-flattering way. And those unappealing - if inaccurate - results may be fueling a hankering for plastic surgery.

"Social media has led to an increase in requests for plastic surgery from patients due to increased awareness of their looks," explained study author Dr. Bardia Amirlak.

It's a trend that's has been underway since 2014, added Amirlak, an associate professor of plastic surgery at the University of Texas Southwestern Medical Center in Dallas.

That finding was based on work with 23 women and seven men, all of whom volunteered to have their photos taken in three different ways.

Participants ranged in age from 24 to 62 (at an average age of 34). Seven of them had previously underwent cosmetic surgery and/or had procedures involving cosmetic injectables.

All three images of each participant were taken under the same lighting and in the same body position.

The results were then analyzed both by the study team and by the volunteers.

Compared with a standard portrait image, 12-inch selfies caused the nose to appear to be 6.4% longer, while 18-inch selfies produced noses that appeared to be 4.3% longer, the investigators found.

Foot-long selfies also resulted in a 12% decrease in chin length, the study team determined. That triggered a 17% increase in the ratio between a subject's nose length and chin length. And selfies were also found to widen the base of the nose, relative to overall facial width.

When asked to review the photos, the volunteers clearly picked up on the selfie problem.

For example, when assessing their noses' appearance, scores went up by about 9% when comparing standard camera photos to 12-inch selfies. Similarly, overall face assessments also rose - by nearly 6% - when stacking camera shots against 18-inch selfies.

Many participants also noted that their face looked "more proportional" in conventional photos.

Amirlak said that the findings highlight how smartphones may be undermining the self-confidence of those seeking plastic surgery.

For one, he said, selfie distortions have "been shown to negatively affect an individual's self-esteem." And among both men and women, he sees a clear "relationship between the increase in selfie photographs and an increase in rhinoplasty [nose job] requests, particularly among younger patients."

So, Amirlak said, it's critical that users understand that selfies are not terribly flattering. He also suggested that surgeons account for the fact that their patients are often relying on those selfies, both when opting for plastic surgery and also when assessing post-surgery results.

All of that is already clear to Dr. Samuel Lam, a Plano, Texas-based facial plastic and hair restoration surgeon in private practice.

Though not involved in the study, he noted that he has definitely "had patients come to me because they do not like how their selfies appear. And I have to educate them that my goal was not to fix the selfie, but how their nose looks in a mirror or in person."

Lam did acknowledge that people who tend to take lots of selfies are often simply more concerned about their looks in the first place. "This is actually the number one reason [for plastic surgery] I have noticed," he said.

"Add to that issue that there is a huge uptick in Zoom calls during the pandemic," he noted. "That is the leading reason people have decided to see me for rhinoplasty, among other cosmetic procedures."

So Lam's response is to serve as a sort of reality check.

"I think everyone has underlying insecurities that drive them to see a plastic surgeon," he noted. "However, I try very hard to ensure that that insecurity is not a manifestation of a deeper psychological disease, like body dysmorphic disorder. Also, I try to make sure that the decision has been well thought out, and is a longstanding concern rather than a whimsical one decided on in the recent past."

The findings were published in the April issue of Plastic and Reconstructive Surgery.

There's more on the psychology behind plastic surgery at American Psychological Association.