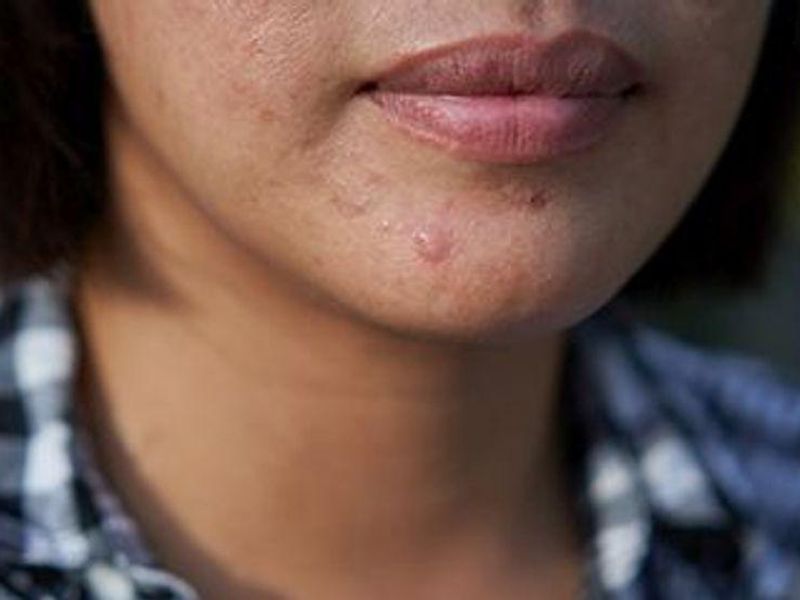 Hair follicles have been known to be major factors in acne development, but this study suggests that other skin cells may have a larger impact.

"These findings may transform the way we treat acne," said study author Dr. Richard Gallo, professor and chairman of dermatology at University of California, San Diego School of Medicine.

"Previously, it was thought that hair follicles were most important for acne to develop," Gallo said in a university news release. "In this study, we looked at the cells outside of the hair follicle and found they had a major effect on controlling bacteria and the development of acne."

The cells -- called fibroblasts -- are common in connective tissues throughout the body.

First author Alan O'Neill, a project scientist at UC San Diego, said the researchers specifically looked at the role of these cells, which typically provide structural support in the skin's deeper layers.

"What we uncovered instead was that these cells were activated to produce large amounts of an important antimicrobial, cathelicidin, in response to acne-causing bacteria called Cutibacterium acnes," O'Neill said.

The study, which included examination of skin biopsies from acne patients and research in lab mice, was published Feb. 16 in the journal Science Translational Medicine.

"Cathelicidin being so highly expressed in acne biopsy tissue was a very interesting finding to us," Gallo said. "Knowing this will be helpful in developing a more targeted therapy to treat acne."

O'Neill said the findings could help scientists identify treatments that target the fibroblast's ability to produce cathelicidin, "thus creating a therapeutic for acne that would be more selective with potentially less harmful side effects."

Although acne affects up to 50 million Americans each year, it is one of the least studied skin diseases.

There's more about acne and treatments at the American Academy of Dermatology.