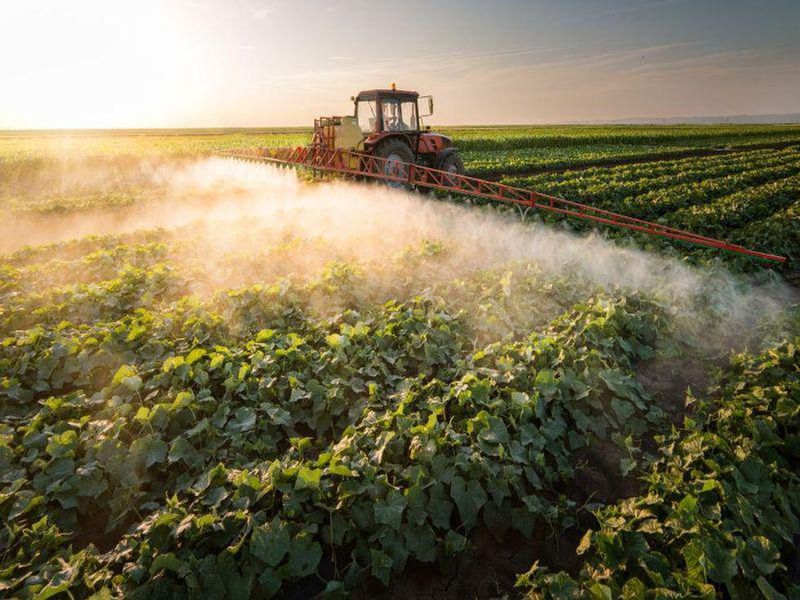 1 in 3 People Now Exposed to a Harmful Pesticide

One in three Americans is exposed to a common and potentially harmful weed killer called 2,4-D, and children may be especially at risk, new research suggests.

Exposure to high levels of the chemical has been linked to cancer, reproductive problems and other health issues. The effects of lower levels of exposure are unclear, but 2,4-D is an endocrine disruptor, meaning it can interfere with the body's hormones.

This study shows that children and women of childbearing age are more likely to be exposed, the authors noted.

"Our study suggests human exposures to 2,4-D have gone up significantly and they are predicted to rise even more in the future," said study lead author Marlaina Freisthler, a Ph.D. student and researcher at George Washington University in Washington, D.C.

"These findings raise concerns with regard to whether this heavily used weed killer might cause health problems, especially for young children who are very sensitive to chemical exposures," she said in a university news release.

The researchers checked for biomarkers of the herbicide in urine samples from nearly 14,400 participants in the U.S. National Health and Nutrition Examination Survey. They estimated agricultural use of 2,4-D by analyzing public and private pesticide use data from 2001 until 2014.

Nearly one-third of the survey participants had detectable levels of 2,4-D in their urine during the study period, but the percentage rose from 17% in 2001-2002 to nearly 40% a decade later, according to the study. The results were published online Feb. 9 in the journal Environmental Health.

Children can be exposed to the herbicide if they play barefoot on a lawn treated with the weed killer or if they put their hands in their mouths after playing outside, where the soil or grass might be contaminated with the chemical.

Other sources of exposure: eating soybean-based foods (2,4-D is widely used on GMO soy and also on cotton) and breathing in the chemical.

"In addition to exposure to this pesticide, children and other vulnerable groups are also increasingly exposed to other pesticides, and these chemicals may act synergistically to produce health problems," Perry said in the release.

To prevent or reduce exposure to 2,4-D, buy organically grown food and avoid using the weed killer on your lawn or garden, the researchers said.

For more on 2,4-D, see the Natural Resources Defense Council.