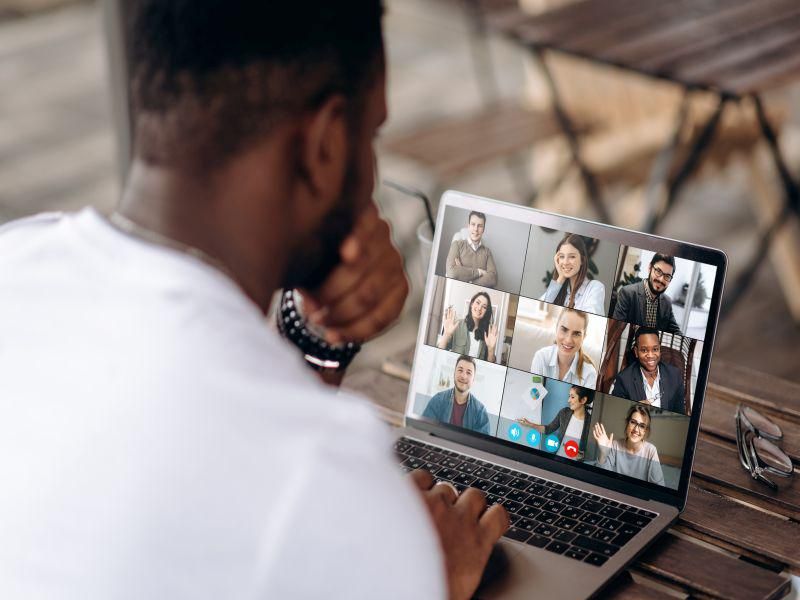 The pandemic has made Zoom meetings a daily reality for millions. For many, having to watch their own face in a meeting is the worst part.

But that's not true for everyone, new research shows.

"Most people believe that seeing yourself during virtual meetings contributes to making the overall experience worse, but that's not what showed up in my data," said study author Kristine Kuhn, an associate professor at Washington State University's Carson College of Business.

"It depended on the individual," she said in a university news release.

Kuhn and her team surveyed two groups who were regulars on Zoom during the summer and fall of 2020: employees and college students. The survey included more than 80 employees from around the United States who had shifted to remote work, as well as 350 business college students who were taking classes remotely.

The participants answered a variety of questions about the nature of their work or class meetings and their feelings toward them. They also completed an assessment of their public self-consciousness.

Conversely, for those who were highly self-conscious, this more frequent self-view was associated with worse attitudes about the experience.

Their feelings were also influenced by their perceived control over when to have their camera on.

The findings were published recently in the journal Computers in Human Behavior.

Kuhn said the study only focused on people's emotional reactions to their experience of virtual meetings. It did not assess factors such as meeting effectiveness or learning outcomes.

She suggested additional research on how to use virtual meeting platforms most effectively, as employers and universities work to maintain some virtual educational components and hybrid work schedules.

Managers and teachers should be careful when making blanket rules around camera use, the study suggests.

"It's just not really a one-size-fits-all," Kuhn said. "A manager running a team meeting would probably prefer everybody to have their camera on. At the same time, you should recognize that there's probably a cost to that, so understanding that just because it's what you prefer, it isn't necessarily ideal for everybody."