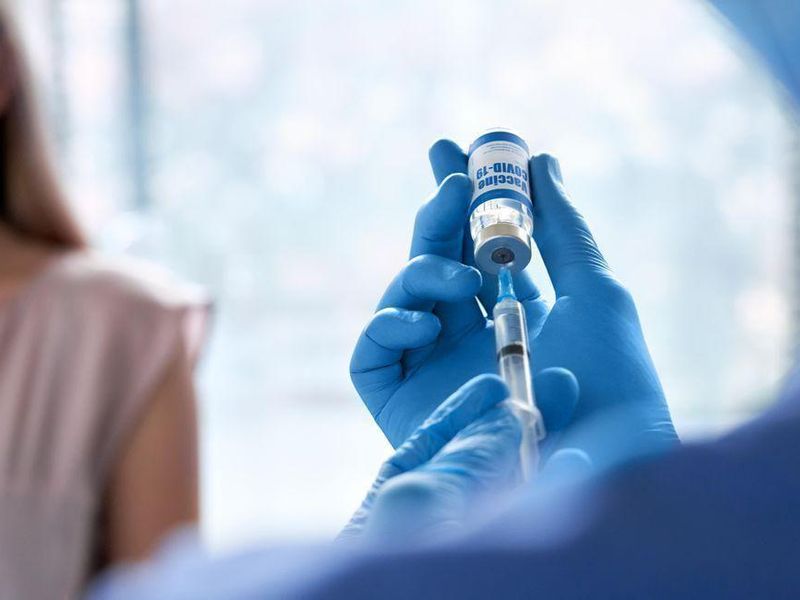 FDA Could OK Pfizer's Booster Shots For All Adults This Week

The U.S. Food and Drug Administration is poised to approve Pfizer's COVID booster shots for all American adults as early as Thursday.

That would make tens of millions more Americans eligible for the booster doses, sources familiar with the plan told The New York Times.

The FDA is expected to make its decision without the input of its own expert panel, while the U.S. Centers for Disease Control and Prevention's independent panel of vaccine experts plans to meet Friday to discuss the safety and efficacy of the booster dose.

If both agencies give Pfizer the green light, it will come just a bit more than a week after the company first applied for emergency authorization. Approval would mean that any adult who received a second dose of the vaccine at least six months earlier would be able to get a booster as soon as this weekend.

"This comes as welcome news, especially with the holidays fast approaching as families gather together, triggering a spike in domestic and international travel," said Dr. Robert Glatter, an emergency room physician at Lenox Hill Hospital in New York City.

'The reality, however, is that many people have already received boosters in the past several months, even if they didn't qualify based on the FDA's initial ruling in September," Glatter added. "Because multigenerational families living in close quarters may be at higher risk for spread of the virus, seeking boosters before official FDA approval became commonplace, to mitigate risk sooner than later."

More than 30 million Americans have already gotten booster shots, with the number often outpacing the number of first shots given each day across the country, according to the CDC.

"The bottom line is that with surging cases and hospitalizations in many European cities -- including Austria, the Netherlands, Germany and the UK -- the concern is that the next surge to follow may be in the U.S.," Glatter noted. "Lockdowns in Austria further serve as a reminder that the virus is not finished with us."

In addition to Pfizer's booster request, it's expected that Moderna will soon also ask the FDA to expand eligibility for its COVID-19 vaccine booster shot, the Times reported.

Some state and local officials have already taken matters into their own hands: New York City health officials on Monday encouraged all adults who want boosters to seek them out. Meanwhile, Arkansas, California, Colorado and New Mexico have already moved to expand access.

President Joe Biden wanted to start offering boosters to all adults in September, but faced pushback from public health experts. However, there's growing evidence of reductions in vaccine efficacy and in protective antibodies in fully vaccinated people.

"Antibodies decay with time. That's not just a coronavirus vaccine story," FDA advisory committee member Dr. Ofer Levy, director of the Precision Vaccines Program at Harvard's Boston Children's Hospital, told the Times. "Vaccines vary in the durability of the protective response. We are starting to see waning in other age groups as well."