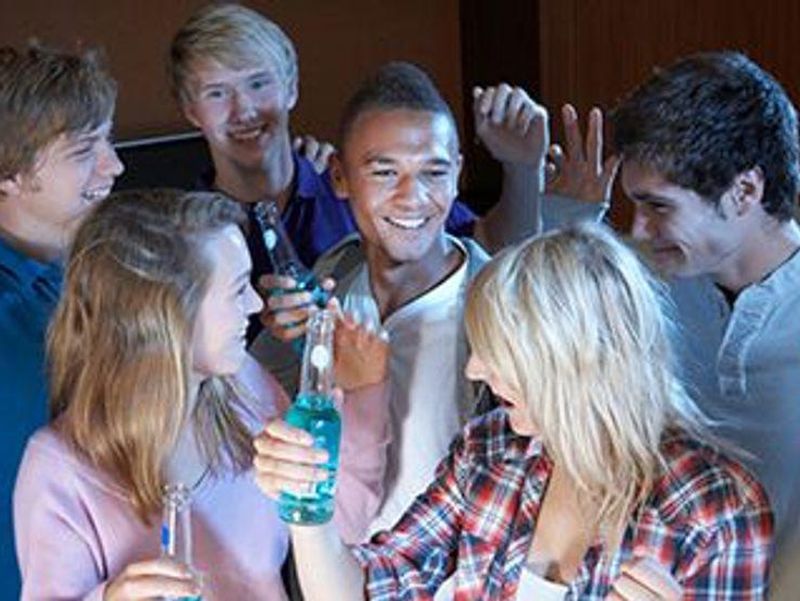 The arteries of young people who drink stiffen sooner in their lives, which could increase their risk for heart disease and stroke later on, a British study reports.

People's arteries naturally become less elastic with age, but certain factors -- including alcohol and tobacco use -- can speed up the process. This study included more than 1,600 people in the United Kingdom. Their alcohol use, smoking and arteries were assessed at ages 17 and 24.

"There was some evidence of a graded increase with heavier usage, meaning that the more you drink, the greater the increase in arterial stiffness," said researcher Hugo Walford, a medical student at University College London.

He added that the relationship was not explained by other factors for future heart disease, suggesting that risky behavior during this period has a direct effect on artery health.

Overall, arterial stiffness increased by an average 10.3% between ages 17 and 24, with a slightly greater increase in women than in men.

Arterial stiffness increased with each point rise in the average alcohol score, according to the findings, presented Monday at an online meeting of the European Society of Cardiology.

"The results suggest that arterial damage occurs in young drinkers and young women who smoke heavily. Never smokers and ex-smokers had similar alterations in arterial stiffness, indicating that quitting can restore vascular health at this young age," Walford said in a meeting news release.

He added that young people may think drinking and smoking won't lead to long-term damage, but that would be wrong.

"These results indicate that these behaviors could put young people on a life-course trajectory starting with early arterial stiffening, which may eventually lead to heart disease and stroke," Walford said.