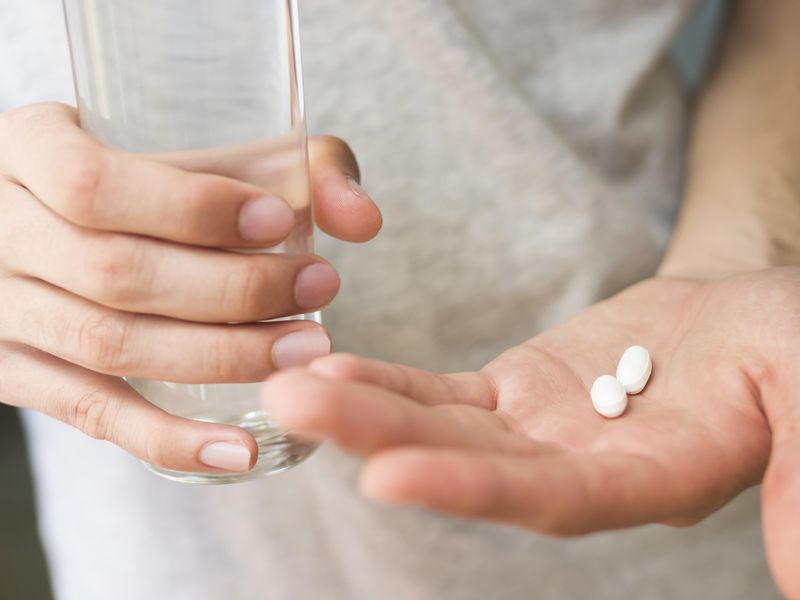 Demand for Abortion Pills, Info Has Been Surging for Weeks

Shortly after news broke in May that Roe v. Wade was in danger of being overturned by the Supreme Court, internet searches for abortion pills surged, a new study shows.

On May 2, a leaked draft ruling indicated that the court was poised to strike down the 1973 ruling that guaranteed a woman's right to an abortion. And in the three following days, internet searches related to abortion pills shot up by 162%.

The highest search volumes were in states that, even in the Roe era, had the most restrictions on abortion access -- with Nebraska, Iowa and Missouri in the top three.

It's not clear who was doing the searching or why, said senior researcher John Ayers, of the University of California, San Diego School of Medicine.

But the bottom line, Ayers said, is that the three-day period saw a record number of searches related to the medications -- and it's an early indicator of what's to come.

"A lot of people will try to get a medication abortion, with or without a health care provider," Ayers said.

On June 24, the Supreme Court officially overturned Roe v. Wade with the release of its ruling on Dobbs v. Jackson Women's Health Center.

That was about four times the usual daily number of appointment requests for the organization, and many came from patients in Texas and other states that quickly halted abortions after the court ruling, the Times said.

Medication abortion is far from new: U.S. women have had access to it for over 20 years, using the drugs mifepristone and misoprostol. Mifepristone blocks the hormone progesterone, causing the lining of the uterus to break down and end the pregnancy; misoprostol spurs contractions that empty the uterus -- essentially creating a miscarriage. Patients take one mifepristone pill, followed by four misoprostol pills one to two days later.

The regimen is approved by the U.S. Food and Drug Administration to end pregnancies through the 10th week.

Historically, women had to get the medication during an in-person appointment. But during the pandemic, the FDA allowed patients to make telehealth appointments and have the medication sent by mail. Last December, the agency made that change permanent.

It's no surprise that internet searches on abortion medication surged after the leaked Supreme Court draft, said Liza Fuentes, a senior research scientist with the Guttmacher Institute.

Already, over half of abortions nationwide are carried out with medication, according to Guttmacher, a pro-choice research organization. And interest will only grow, Fuentes said, as many states ban abortion. (Guttmacher expects 26 states to do so.)

What's unclear, Fuentes said, is exactly how medication abortion will fit into the post-Roe landscape.

State bans that have already gone into effect include medication abortion, and the same is expected of laws that will be implemented in coming weeks.

At the same time, Attorney General Merrick Garland said in a statement after the ruling that states may not be able to ban FDA-approved medications. And the Biden administration pledged to broaden access to abortion pills, though exactly how is unclear.

"It's all murky right now," Fuentes said. "It's not clear how it's all going to play out."

There is one "workaround" for women right now, she said: Buying abortion pills online from international telemedicine companies, which face little legal risk in the United States.

One such company is Aid Access, where European doctors provide online consultations and medication is mailed from a pharmacy in India. It has said it will continue to supply medication to women in all U.S. states.

Dr. Paula Castano, an associate professor of obstetrics and gynecology at Columbia University, agreed that such online companies are an option. But she also had concerns about the wait time women could face.

There are U.S. telehealth companies that provide medication abortion, but they face legal risks in states with abortion bans. One company, Just the Pill, operates in Colorado, Minnesota, Montana and Wyoming. It has said it will set up mobile clinics along the borders of states with abortion bans, to make it easier for women in those states to travel for care.

Even before Roe was overturned, there were stories of how patients in states with tight abortion restrictions managed to get medication abortion -- driving just over the border to a state with broader access and having an online consultation while sitting in their car.

"People are getting creative," Castano said. But the frustration, she added, is that patients have to do that at all.

And it's patients who are already vulnerable -- low-income, often people of color -- who will suffer the most, both Castano and Fuentes said. They may have no way of traveling for care.

Medication abortion is about 95% effective and very safe, all three experts said. And that includes abortions with the pills that are done at home, after a telemedicine consult.

A study published in March looked at 3,800 U.S. women who had medication abortions during the pandemic, many via telehealth. It found that 0.5% had an "adverse event," such as a hospital admission for pain or excessive bleeding.

Another recent study, of nearly 2,800 Aid Access patients, found that 96% said they'd successfully ended their pregnancy with no further medical intervention. One percent said they'd needed treatment for a side effect, such as excessive bleeding.

The latest study was published June 29 in the journal JAMA Internal Medicine.

Ayers did stress that women seeking online medication should make sure they are dealing with a reputable source.

And while medication abortion may help fill a critical need for some women, "it's not a silver bullet," Fuentes said. Some women will not be candidates or be able to access it, and others will want in-person care rather than telehealth.

"We're living in a world where people won't be able to choose which type of care they want, or get it in a timely manner," Fuentes said.

"We know for sure," she added, "that people will face tremendous barriers for a long time to come."

The nonprofit Plan C has more on medication abortion.