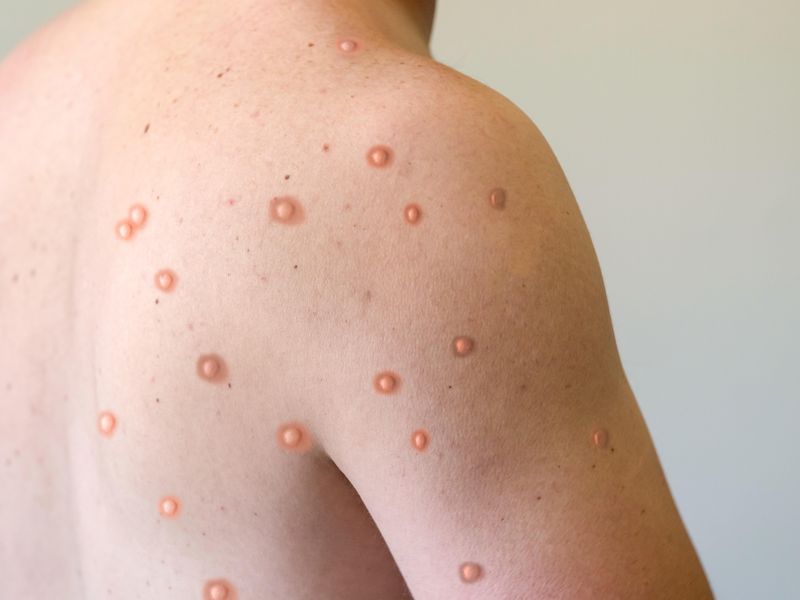 The cases are also concentrated largely among gay or bisexual men, with the virus apparently transmitted as a result of intimate skin-to-skin contact, according to a new report published June 3 in Morbidity and Mortality Weekly Report, a publication of the U.S. Centers for Disease Control and Prevention.

"Most of them reported international travel in the 21 days before their symptoms began, and most patients in the MMWR are identified as men who have sex with men," said Capt. Jennifer McQuiston, deputy director of the CDC's Division of High Consequence Pathogens and Pathology. "In many cases, their rash started in the genital area."

No deaths have reported in either the United States or in other countries affected by monkeypox outbreaks, McQuiston said during a Friday media briefing.

"That being said, we don't want to minimize this condition," McQuiston added. "The rash caused by monkeypox virus can spread widely across the body or present in sensitive areas like the genitalia. It can be really painful, and some patients have reported needing prescription pain medicine to manage that pain. The sores can also cause long-term scarring on the skin."

There are four cases each reported in California and New York, three in Florida, two in Colorado and Utah, and one apiece in Georgia, Illinois, Massachusetts, Pennsylvania, Virginia and Washington state, according to the CDC.

The new MMWR report documents the monkeypox outbreak through the end of May, and provides more information on the 17 cases that had been identified by then.

Adult gay men represented 16 of the 17 cases by the end of May, according to the report. The other person is a heterosexual woman, McQuiston said.

Genetic sequencing has shown that two genetically distinct variants of monkeypox are involved in the current outbreak, McQuiston said, but both have descended from the West African strain "that is less severe than other known clades….meaning that in historical outbreaks in Africa, it has led to fewer deaths.

"Currently, all patients are in recovery or have already recovered, and those who still have a rash are being advised to stay home and stay away from other people until they're fully recovered," McQuiston said. "That means when all of the sores have scabbed over, the scabs fall off and new healthy skin has emerged."

Although the outbreak is so far concentrated among gay and bisexual men, McQuiston noted that the main risk factor for contracting monkeypox is close contact with an infected person who has sores.

"Anyone can get monkeypox, and we are carefully monitoring for this and for monkeypox that may be spreading in any population, including those who are not identifying as men who have sex with men," McQuiston said.

There are two vaccines and one antiviral drug approved by the U.S. Food and Drug Administration that the federal government is making available to the states for treatment and prevention of monkeypox, said Dawn O'Connell, assistant secretary for preparedness and response at the U.S. Department of Health and Human Services.

"We want to ensure that people with high-risk exposures have rapid access to vaccines and, if they become sick, can receive appropriate treatment," Panjabi said during the Friday briefing.

Around 1,200 vaccines and 100 antiviral treatment courses have been delivered to eight jurisdictions in the United States, Panjabi said.

The U.S. Centers for Disease Control and Prevention has more on the monkeypox outbreak.