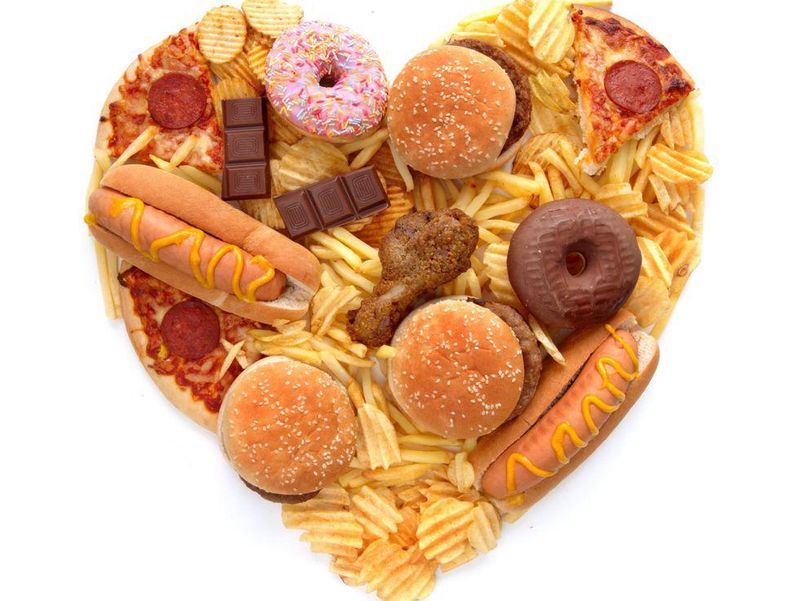 Diets Heavy in 'Ultra-Processed' Foods Could Harm the Brain

Eating lots of ultra-processed foods may dramatically increase your risk for dementia, according to a new study by researchers in China.

Replacing these foods with healthier alternatives may lower the odds for dementia by 19%, the study found.

"These results mean that it is important to inform consumers about these associations, implement actions targeting product reformulation, and communicate to limit the proportion of ultra-processed foods in the diet and [instead] promote the consumption of unprocessed or minimally processed foods like fresh vegetables and fruits instead," said lead researcher Huiping Li, from the School of Public Health at Tianjin Medical University.

This study doesn't prove that eating ultra-processed foods increases the risk of dementia, only that there seems to be a link.

"This is consistent with the growing body of evidence indicating that a heart-healthy diet and lifestyle is the best way for everyone to modulate their risk for dementia," Gandy said. "The main novelty here is the focus on the risks of ultra-processed foods rather than on the benefits of heart-healthy foods."

For the study, Li's team collected data on more than 72,000 people listed in the UK Biobank, a large database of health information of people in the United Kingdom. At the outset, participants were age 55 and older and none had dementia. Over an average 10 years, 518 people developed dementia.

Researchers compared 18,000 people whose diets included little processed food with a like number who ate a lot of it.

Among participants who ate the least amount of processed foods (about 8 ounces a day), 100 developed dementia, compared to 150 of those who ate the most (about 28-29 ounces a day). The study considered one serving size of pizza or fish sticks to be just over 5 ounces.

Li's group estimated that substituting 10% of ultra-processed foods with unprocessed or minimally processed foods such as fresh fruit, vegetables, legumes, milk and meat, could lower dementia (but not Alzheimer's) risk by 19%.

"The small and manageable dietary changes, such as increasing the amount of unprocessed or minimally processed foods by only 2 ounces a day [about half an apple, a serving of corn, or a bowl of bran cereal], and simultaneously decreasing ultra-processed foods intake by 2 ounces a day [about a chocolate bar or a serving of bacon], may be associated with 3% decreased risk of dementia," Li said.

"While the exact cause is unknown, it is not surprising that this type of dietary pattern is associated with an increased risk of dementia," she said. "Ultra-processed foods are both biochemically designed and advertised to increase cravings and desire for these foods, and in many households crowd out healthier options such as fruits, vegetables, legumes and whole grains."

The poor nutrient quality of ultra-processed foods -- which are high in salt, sugar and saturated fat, and low in fiber -- is a recipe for poor health both physically and mentally, Heller said.

"Dodging dementia is another great reason to start incorporating more plant foods, less ultra-processed foods and animal foods, into our diets," she said.

Switches can be as easy as replacing sugary cereal with a whole-grain cereal like shredded wheat or oatmeal, or topping pizza with salad or mushrooms and spinach, instead of pepperoni and sausage, Heller said.

Or, she suggested, try falafel in a whole wheat pita with chopped tomatoes and cucumbers instead of a ham sandwich, or lentil soup and a side salad instead of a cheeseburger.

"Every meal is an opportunity to make a healthy choice," Heller said.

Keeping the kitchen stocked with healthy foods, like canned or dried beans, whole grains like quinoa or brown rice, peanut or almond butter, trail mix and frozen vegetables, makes it easier to throw together meals that are rich in fiber and nutrients, she said.

"Learning new ways of food prep and meal ideas might feel daunting at first but there are lots of free recipes and resources online to turn to for guidance," Heller said. "Anecdotally, I have found that with my patients, once they start eating less ultra-processed foods and more fresh foods, the cravings and taste for the ultra-processed foods decreases, sometimes to the point where that bacon, egg and cheese breakfast sandwich doesn't even taste good anymore."

The findings were published online July 27 in the journal Neurology.

In a companion editorial, Boston University researchers Maura Walker and Nicole Spartano questioned the study's definition of ultra-processed foods. They pointed out that preparation methods can affect the nutritional value of foods, and said that further study that is not dependent on participants' self-reported eating habits would be beneficial.

"As we aim to understand better the complexities of dietary intake [processing, timing, mixed meals] we must also consider that investments in more high-quality dietary assessment may be required," they wrote.

For more on diet and dementia, go to the U.S. National Institute on Aging.